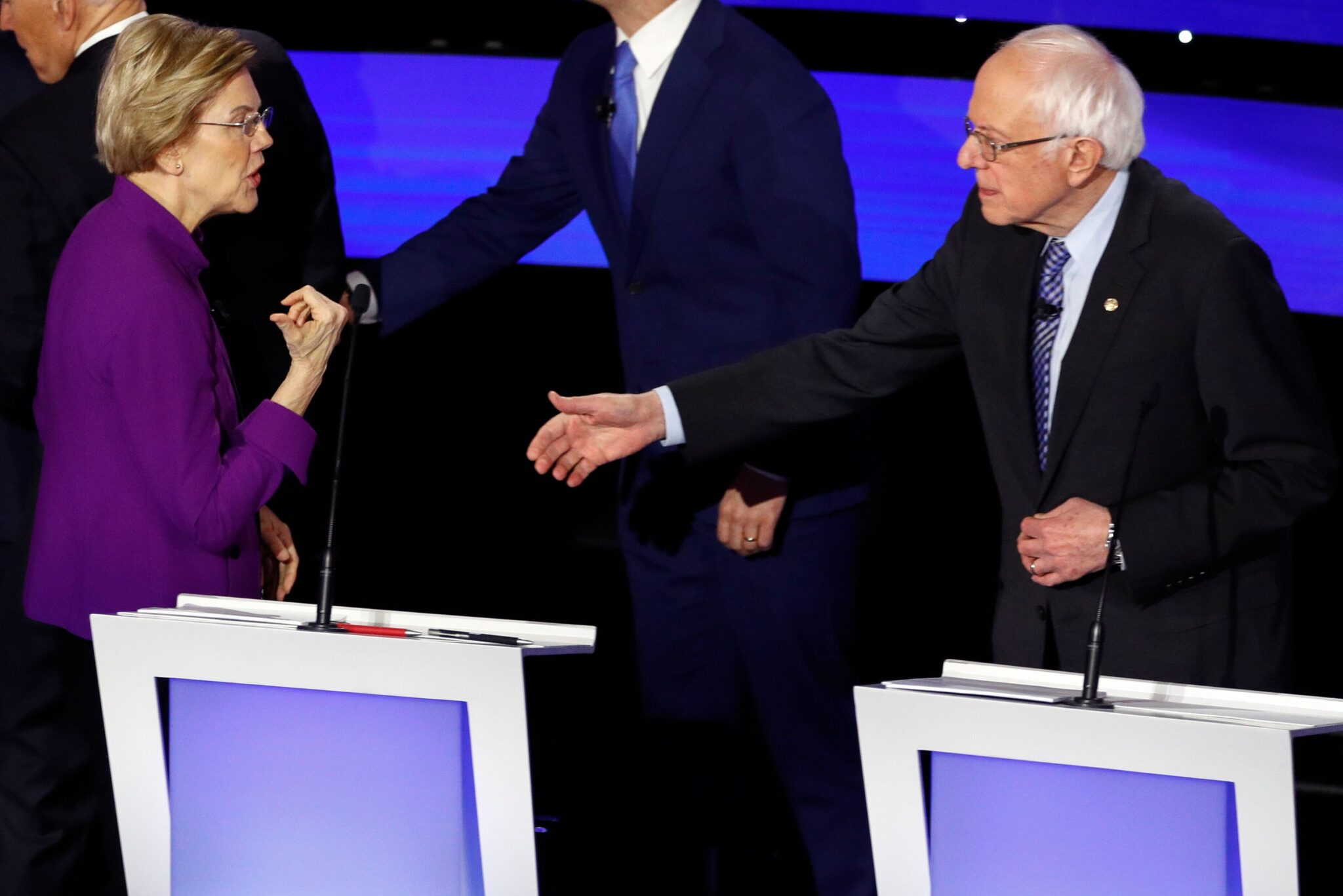 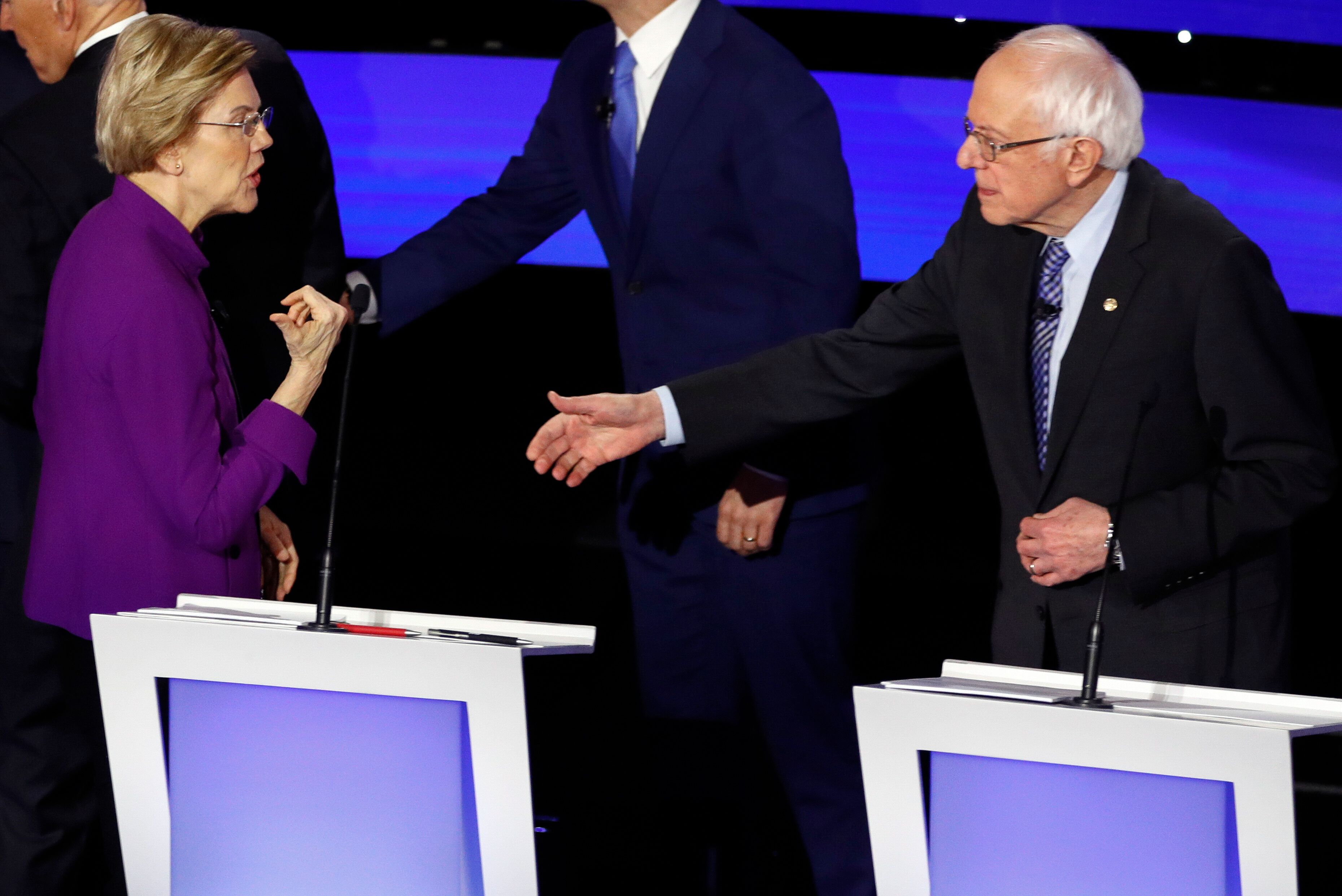 CNN, a host of Tuesday night’s debate, aired the audio during Anderson Cooper’s program on Wednesday. The footage shows the pair in a terse exchange before Sanders turns and walks away.

Warren: “I think you called me a liar on national TV?”

HuffPost has reached out to both campaigns for comment.

The exchange took place after moderators asked about the Warren campaign’s statement that at a private meeting with Sanders in 2018, he “disagreed” when Warren said she thought a woman could defeat President Donald Trump in 2020.

“Among the topics that came up was what would happen if Democrats nominated a female candidate,” Warren said. “I thought a woman could win; he disagreed.”

“What I did say that night was that Donald Trump is a sexist, a racist and a liar who would weaponize whatever he could,” the Vermont lawmaker said. “Do I believe a woman can win in 2020? Of course! After all, Hillary Clinton beat Donald Trump by 3 million votes in 2016.”

Sanders doubled down on his objections during Tuesday’s debate, saying anyone who knew him would find it “incomprehensible that I would think that a woman cannot be president of the United States.”

Warren, for her part, called Sanders her “friend” during the debate, saying she wasn’t there to “fight.”

CNN said Wednesday that it found the audio on two backup microphones worn by Sanders and Warren during the debate and then synced up the audio with the video footage. The outlet said the remarks were made before the candidates’ clip-on microphones were removed.

The only other person who likely heard the exchange was billionaire Democratic candidate Tom Steyer, who inserted himself into the conversation to say hello to Sanders.