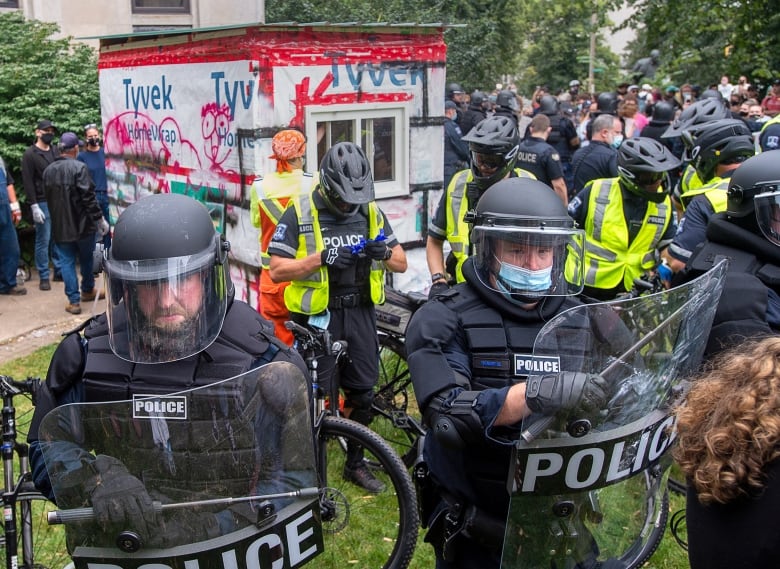 Matt Richards didn’t used to worry too much about housing costs — he has a government job, his wife works and they live in a Halifax suburb that was long known for its affordability.

But in less than two weeks, Richards, his wife and four children have to leave the four-bedroom duplex in Lower Sackville they’ve been renting for three years and temporarily move into his brother’s home.

“I make OK money and the wife works full time … I have a good job and I’m broke, so someone with a job that doesn’t pay that well, I don’t know how people could do it,” he said.

Richards pays $1,550 a month (including heat) to rent a four-bedroom duplex, but his landlord is selling the home. Richards’s efforts to find a new place in the community have proved fruitless, with similar housing options costing around $2,200 a month, excluding utilities.

“There’s stuff out there, but only if you make a fortune,” said Richards, 41, whose rental is located only three doors down from where he grew up.

Reasonable housing costs were once a selling point for living in Nova Scotia, but prices have spiked in recent years amid a housing stock that hasn’t kept up with population growth.

Advocates and tenants have been sounding alarm bells over the state of the housing market, including during the August provincial election, and the issue captured more public attention last week when Halifax police pepper sprayed and arrested protesters in the city’s downtown as officials cleared dozens of tents and temporary shelters from encampments in local parks and green spaces.

With a federal election underway, focus has shifted to what the main federal parties will do to help with Nova Scotia’s affordable housing crisis, which is now reaching beyond low-income households.

While there’s been a persistent undersupply of housing for low-income people in Nova Scotia, a new twist is working households being unable to find affordable housing, said Neil Lovitt, a vice-president with Halifax real-estate consultant Turner Drake.

“Because the housing shortage has gotten fairly dire, they’re now impacted in a way that they weren’t before,” he said.

Lovitt has calculated that in the Halifax area alone, an additional 20,000 to 25,000 rental units would be needed for the housing market to have healthy vacancy rates.

He said the shortage has happened primarily because the construction of rental units hasn’t kept up with population growth in Nova Scotia, which has seen an influx of immigrants, increased enrolment from international students and more people moving to the province from other parts of Canada.

“Before, maybe it was something that was easy to ignore,” said Lovitt. “Maybe we could convince ourselves that it wasn’t really happening here, or maybe not in my neighbourhood or my area of the province. Now, we all know that it’s kind of a big deal and it’s kind of affecting people that we could see ourselves in their shoes.”

Officers physically moved people back from one downtown site that drew a large protest, and pepper-sprayed the crowd. 1:20

He said increasing the supply of housing will help solve the problem, but a skilled trades shortage means the construction industry can’t easily ramp up production. Adding to that challenge is that some residential construction projects take up to a decade to go from conception to construction, Lovitt said.

Richards has a message for federal politicians on the campaign trail: “Get up off your butts and do something. There’s too many people that are going homeless here in Nova Scotia.”

What the main federal parties plan to do

The main federal parties have different ideas for how to make housing more affordable.

The Liberal plan includes a promise to “build, preserve or repair 1.4 million homes in the next four years” and doubling the first-time home buyers tax credit from $5,000 to $10,000.

The Conservatives say they’ll build one million homes over three years, including converting at least 15 per cent of federal government property into housing.

The NDP plans to build 500,000 affordable homes over the next 10 years, and is proposing a 20 per cent foreign buyer’s tax on individuals who aren’t Canadian citizens or permanent residents.

The Greens haven’t released their election platform, but recently advocated for the federal government to update its affordable housing formula.

Ally Doubleday is a 30-year-old mother of two caught in that situation. Until last fall, she lived in Nova Scotia’s Annapolis Valley, but moved back to the Halifax area to live with her father to save up for a down payment for a home. Now, the cost of a home is out of reach for her, as are rental prices.

Doubleday makes $15 an hour managing a gas station. She said she recently had a chat with her mother in which she described how “disheartening” her situation is.

“I’m making decent money and I go to work every day, I don’t phone in sick, I don’t miss shifts,” she said. “I don’t go out and spend money on anything. I don’t go shopping, I don’t get my nails done.

“I don’t have any out-there expenses. And even without any of that, I still struggle and, you know, it kind of makes the person feel kind of crappy.”