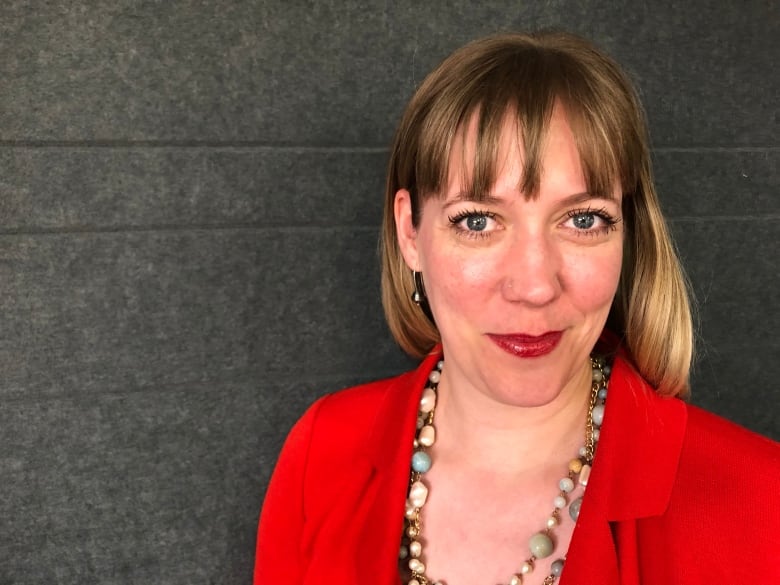 Women made up nearly half of the country’s provincial and territorial leaders in 2013, but those ranks have slowly thinned as a succession of female premiers covering the entire political spectrum lost their re-election bids.

That list now includes Alberta’s Rachel Notley, the last woman standing among Canada’s first ministers until incoming premier Jason Kenney takes power and the seventh female provincial leader to be turfed from office in the past six years.

Observers see the string of electoral defeats as part of a larger trend rooted in negative assumptions about women’s leadership capabilities, adding their absence from high government office also has troubling implications for the country’s short-term political prospects.

Melanee Thomas, a University of Calgary professor who researches the causes and consequences of gender-based political inequality, said female leaders still face a double standard regardless of their party affiliation or defining policy issue.

“I would never say that their gender is the No. 1 factor in this. What I would say is that the way people interpret what they do is gendered,” Thomas said in a telephone interview. “I think that we’ve got good grounds to say that when women do politics … the reactions are going to be different.” 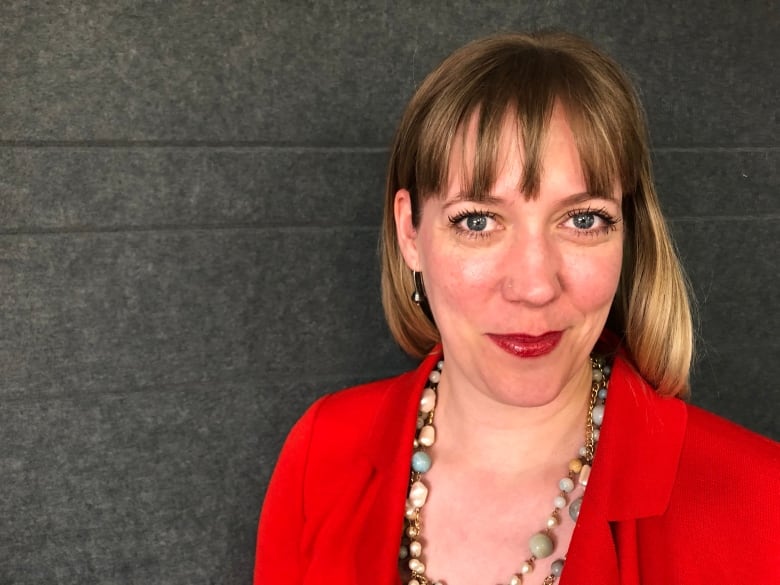 Melanee Thomas, a political scientist with the University of Calgary, says, ‘When women do politics … the reactions are going to be different.’ (Tracy Fuller/CBC)

Political observers may have believed those interpretations were a thing of the past when surveying the list of Canada’s first ministers in 2013, which included Christy Clark in B.C., Alison Redford in Alberta, Kathleen Wynne in Ontario, Pauline Marois in Quebec, Kathy Dunderdale of Newfoundland and Labrador, and Eva Aariak in Nunavut.

One by one, however, those women found themselves out of office and sometimes out of politics altogether.

The reasons behind their defeats, Thomas said, shed light on the paradoxes at play among Canadian voters.

Marois’ minority government was defeated in 2014 amid controversy around a proposed bill that would regulate religious garb in public settings. This year, however, under the leadership of Premier François Legault, a very similar bill became provincial law.

Geneviève Tellier, a political studies professor at the University of Ottawa, said many of the other women may have fallen victim to a phenomenon known as the “glass cliff,” in which leaders are propelled to positions of authority at a time of crisis within their organizations only to lose the helm when the outlook improves.

Tellier said the bulk of Canada’s female premiers took their party reins under just such circumstances, noting Clark, Redford, Wynne and Dunderdale all originally came to power through routes other than a general election and during times of internal upheaval or transition.

Tellier said that while some won an initial election and most vied for re-election, not one succeeded in being returned to office.

The same became true of Notley, who was voted into office in 2015 during a general election but tossed out of it Tuesday after a single term. The pattern even held for Canada’s only female prime minister, Kim Campbell, who came to office in June 1993 following a Progressive Conservative Party leadership convention, only to lose a general election four months later.

The tenures of the women premiers were as varied as the provinces they represented, Tellier said, and they all faced divisive political issues that influenced their political downfalls. But she said a common thread emerged as the women faced criticism about their leadership styles.

Tellier said female politicians often opt for a more collaborative approach to government, resulting in a perception that they lack conviction or the ability to act decisively.

Thomas agreed, noting that while women are increasingly represented among political candidates, they still struggle to breach the upper echelons of Canada’s political class.

“We used to see that women in politics should behave as a man,” Tellier said. “We’re starting to see other ways of doing politics. Maybe it’s just a matter of letting time do its work, and eventually we’ll be used to that.”

For Wynne, who lost her bid for re-election last year, the current political landscape won’t offer Canadians many opportunities to see what women can bring to the table.

Wynne said she had a front-row seat to the changes women can introduce when they’re represented in power, noting she and her fellow female premiers brought different topics and perspectives to the fore during first ministers’ meetings. 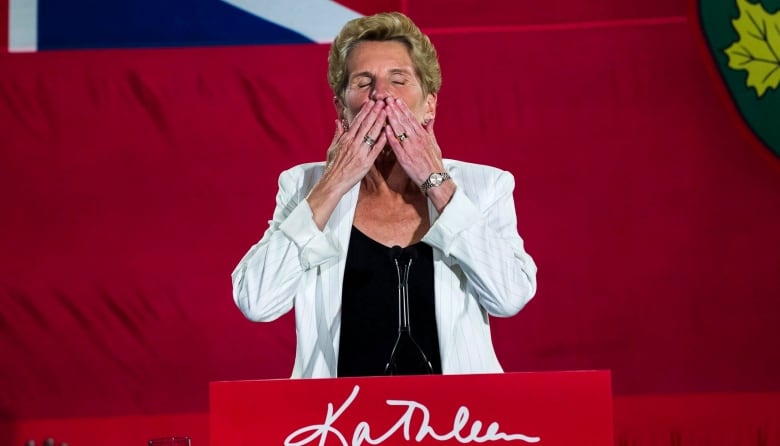 During an emotional concession speech in 2018, Ontario’s Kathleen Wynne paused to wipe away tears as she passed the torch to a new generation of Liberals. (Christopher Katsarov/The Canadian Press)

She said the female leaders at the table led conversations on issues ranging from violence against Indigenous women to retirement security, noting the tone of the discussions among premiers began to shift as the number of women diminished.

“The way I experienced it, was it became more formal,” Wynne said. “There was less of a problem-solving, collaborative kind of interaction. There are others who might challenge me on that, but that’s how I experienced it.”

Wynne said misogyny in Canadian society plays a role as well, noting women face a disproportionate amount of criticism on everything from their dress to their voice while holding public office and conceding such attitudes can prove daunting for those who may aspire to leadership.

Wynne said she worries about Canada’s political direction now that 50 per cent of the population is unrepresented in the highest political offices, but urged women to keep fighting for the positions their predecessors held not long ago.

Notley echoed that call in her post-election speech, exhorting women to ignore ostensible setbacks and fight for a place at the political table.

“Sometimes it can feel like you take two steps forward and then one step back,” she said. “But may you never, ever stop taking those steps forward.”

Notley, who kept her seat in the Legislature, said she would stay on as leader of Alberta NDP and the Official Opposition.