Not ready to let go: The memories and mementos one Eastway Tank worker left behind 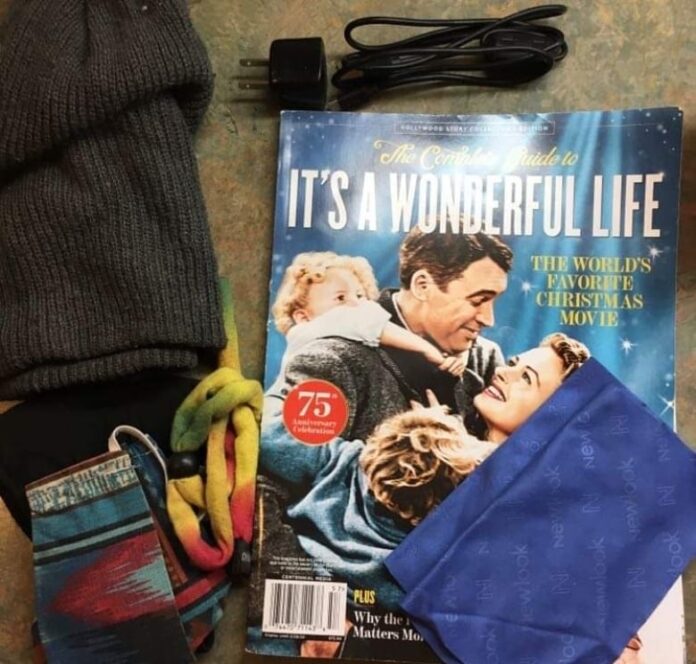 Watching It’s A Wonderful Life is a hallmark of many people’s Christmas holidays, but for the family of Danny Beale, revisiting that movie in the coming days will hit very differently.

Beale, 29, was one of the six workers who died in Ottawa’s worst industrial incident in decades when an explosion rocked the Merivale Road facility of Eastway Tank Pump and Meter last January.

Weeks after the blast, some of Beale’s former co-workers dropped off personal items they’d retrieved from the site to his mother Jean Schade — including Beale’s backpack.

The bag contained his wallet, lens wipes for his glasses, and keys, his older sister Meghan Beale said.

But it also housed a gift Schade says she gave her son over the 2021 Christmas holidays: a magazine commemorating 75 years of It’s A Wonderful Life, which they’d watched together for the last time.

“It showed me how special the movie and the gift was to him,” Schade said.

Still no answers on explosion’s cause

Nearly a year later, several agencies led by Ontario’s Office of the Fire Marshal continue to investigate what happened. The province’s Ministry of Labour faces a general deadline of one year to file any safety-related charges against the company.

“This is so frustrating,” Janet Ferguson, the mother of 26-year-old Kayla Ferguson, said of the lack of any significant update 11 months on.

“It’s crazy how long it’s taking. We all need answers: not just my family but all families that are involved and waiting.”

Meghan Beale says that while the public is owed an account of what caused the explosion, it won’t change “the trajectory of [her family’s] grieving” or bring her brother back.

“Danny has moved on,” she said. “He’s not on the earth anymore and we’re sort of sorting out how to live our lives without him.”

‘Alive in your mind’

Danny Beale was an electrician and avid outdoorsman with a goofy sense of humour and a contagious laugh that just exploded out of him, Meghan said — a vibe captured well in a clip of him playing outside with one of his nieces.

“I watched that video over and over again,” she said.

29 year old Danny Beale, one of the 6 Eastway Tank employees who died in last January’s explosion, is seen here playing with one his nieces. His older sister says his laugh was contagious. <a href=”https://t.co/ZsaY57G6A0″>pic.twitter.com/ZsaY57G6A0</a>

Meghan has also looked back at a selfie she took of herself and her infant daughter Vaughn waiting in a doctor’s office on the day of the explosion — snapped before she knew her brother had been killed.

Meghan lives in St. Albert, Alta., two time zones away from Ottawa, and didn’t learn the news until she was preparing for bed, her phone almost clicked off, and got a call from Schade, who had been visited late that night by police officers at her home in Deep River, Ont.

“It’s really unsettling to know they were alive in your mind for 12 hours when they were actually dead,” Meghan said, adding that she often still makes a mental note of funny thoughts she’d like to share with Beale, only to remember, “Danny’s dead. I can’t.”

After the explosion, Meghan flew out east with her baby, who never met her uncle but was introduced to other relatives sooner than expected.

“Sort of this blessing in disguise,” Meghan said.

Meghan sat out the cremation of Beale’s remains, which were recovered from the Eastway site and returned to the family. “That would have been too hard for me,” she said, “just given the nature of how he died.”

Beale’s ashes were split several ways. His parents each got some, with Schade spreading her portion into the wind on the coast of England.

Two months after the funeral, Beale’s other sibling — his fraternal twin sister Jackie — and his father Mike took some ashes to the family hunting camp, where Jackie spread her share from a canoe on the Madawaska River, Meghan said.

“I’m a biologist, so for me, I just think of it as Danny [being] integrated into nature. He is now part of the river and the fish that he used to fish,” Meghan said.

Meghan’s own share of ashes remain in her Alberta home, in a wooden urn decorated with a white-tailed deer and an Eastway Tank ball cap resting on its side.

She has a specific spot in mind for spreading them: the Cardinal Divide near Jasper National Park, where Beale enjoyed hiking when he lived in Alberta. But she’s waiting for the right weather to gather next summer, she said.

“I also just haven’t really been ready to let go.”

Meghan said she and her mom plan to watch It’s A Wonderful Life in Beale’s honour this year, but otherwise she doesn’t know what to expert of her first Christmas without him.

The hardest day so far this year, she said, was Beale’s recent shared birthday with Jackie. Jackie was born first on Nov. 29, 1992, making Beale the baby of the family.

“It will never be the same,” Jackie said over email. “I not only had to deal [with] the fact that I didn’t have my brother to blow the candles out with me, but I had to suffer through watching my parents attempt to celebrate the day for me. It was torture.

“This type of pain will take many years to heal. My journey has only just begun.”

“He couldn’t have known that writing that would have almost been the extent of his life.”

But it’s important to keep talking about their impacts and never forget, she said.