No-one charged in 9 out of 10 crimes – Home Office 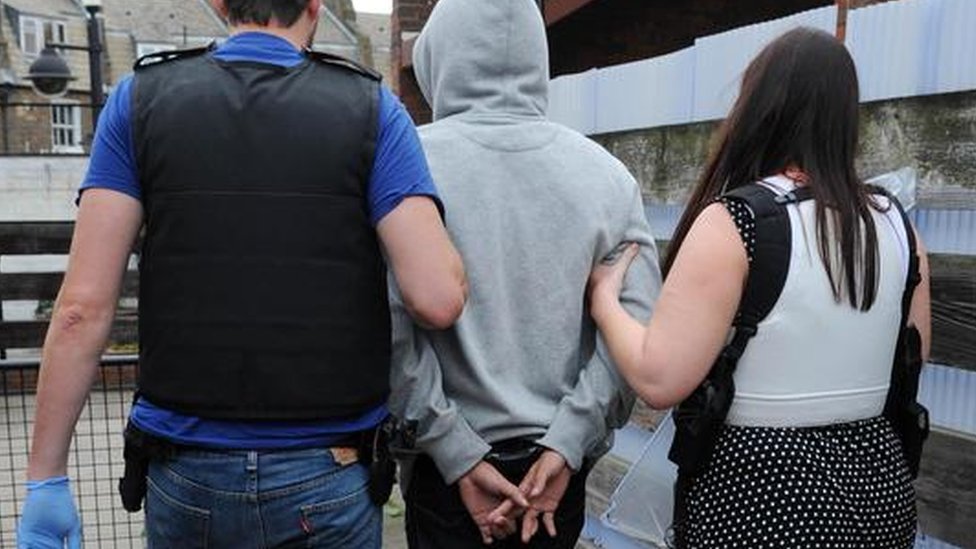 Only 9% of crimes end with suspects being charged or summonsed in England and Wales, Home Office figures suggest.

Data also shows police closed nearly half (48%) of all cases because no suspect could be identified.

It comes as new figures show the number of homicides has increased for the fourth year running.

The Home Office statistics on crime outcomes are published at the same time as quarterly crime figures and the Crime Survey for England and Wales, which is based on people’s experiences of crime.

The changing picture of how successfully police are catching criminals comes against a backdrop of rising crime.

Overall, crimes recorded by police went up 11% in the year to March, figures published by the Office for National Statistics suggested.

The Home Office said that along with a growing caseload, there was evidence to suggest that more recorded crimes were in the most challenging offence types to investigate.

It gives the example of sexual offences – up 24% on last year – giving officers a bigger workload and becoming more complex.

Rape cases take an average of 129 days to solve compared with, for example, two days for theft or criminal damage.

The Home Office figures show a continuing downward trend since 2015 in the proportion of cases police have resolved, falling from 15 to 9%.

Ché Donald, of the Police Federation, which represents rank-and-file officers, said the new figures were proof that policing in the UK was “on the critical list”.

“We are sleepwalking into a nightmare,” he said.

You need a modern browser to view the interactive content in this page.

Other notable findings from the Home Office include:

Analysis: A vicious circle of crime?

These figures paint a gloomy picture. Not only are police recording more crimes – but they’re solving fewer of them.

That’s partly because proportionately more of the offences they have to deal with are complex and difficult to investigate, such as rape.

But it may also be a reflection of the decline in police officer numbers since 2010, down by a further 738 according to the latest workforce data, and the national shortage of detectives, as the Inspectorate of Constabulary has highlighted.

The consequences are serious: victims not getting the justice they deserve, public confidence in the criminal justice system damaged and more offenders avoiding detection – and free to commit further crimes.

It threatens to become a vicious circle of crime.

Meanwhile, the latest figures for recorded offences showed homicides in England and Wales were up 12% in the 12 months to the end of March, from 627 to 701.

The Office for National Statistics (ONS) said homicide remained rare and tended to take place in London and other cities.

The start of 2018 was characterised by what appeared to be regular killings on the streets of London.

Between January and March, the BBC recorded 46 killings in the city – some from gunshot wounds but most from stabbings. Among those killed were a handful of teenagers.

Publishing the data, the ONS said: “Over recent decades, we’ve seen a fall in overall levels of crime, a trend that now looks to be stabilising.”

Caroline Youell, of the ONS, said the latest figures showed a “fairly stable” picture in England and Wales for most crime types.

“It is too early to say if this is a change to the long-term declining trend,” she added.

“There have been increases in some lower-volume ‘high-harm’ offences such as homicide and knife crime, consistent with rises over the past three years.

“However, the latest rise in gun crime is much smaller than previously seen.

“We have also seen continued increases in some theft offences such as vehicle-related theft and burglary, while computer viruses have fallen.”