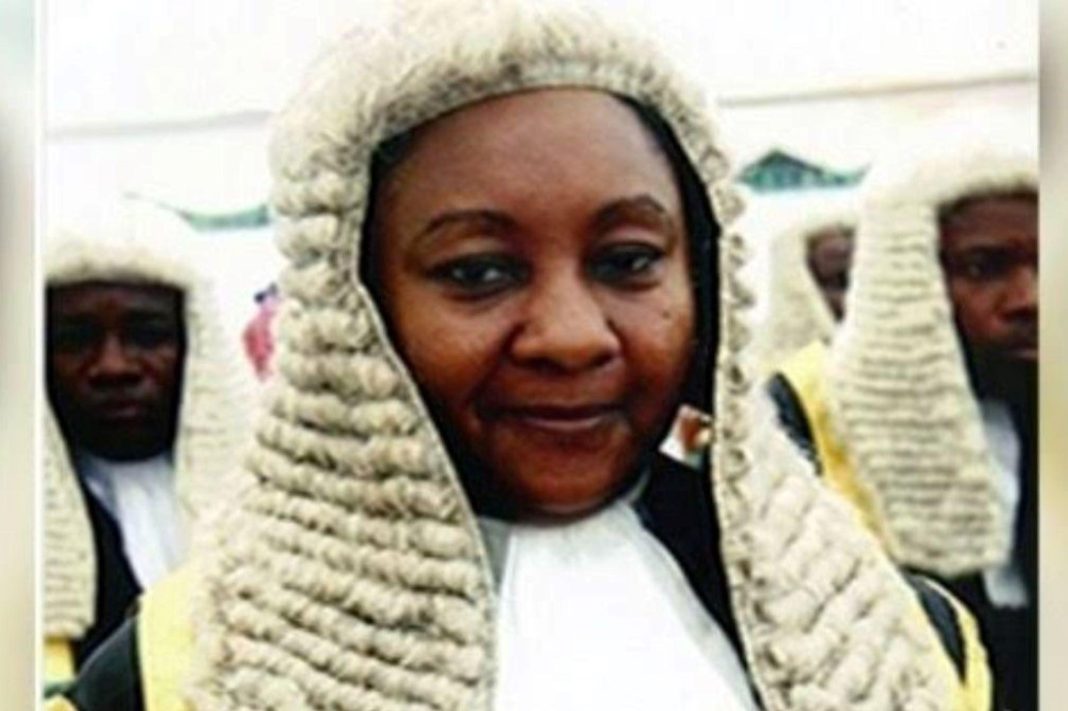 Human Rights Writers Association of Nigeria (HURIWA) has expressed disappointment and utter dissatisfaction with the refusal of the presiding judge of the Federal High Court, Abuja division, Justice Binta Murtallah-Nyako to grant bail to the detained leader of the Indigenous People of Biafra (IPOB), Mazi Nnamdi Kanu.

Of more concern for HURIWA is that President Muhammadu Buhari had, a few days ago, said Kanu would not be granted bail and HURIWA said it is now looking like the Executive versus Judicial gang-up against the defendant.

HURIWA said as a civil rights body, it is dismayed that the Honourable Judge of the Federal High Court did not even make reference to that extrajudicial comment by Buhari that the first defendant in a suit between the Federal Government and a citizen would not be granted bail.

The group said the court has proceeded to do exactly as stated by President Buhari as if to say that the judiciary is subservient to the executive arm of government.

HURIWA is appealing to the judiciary to safeguard her independence to avoid encouraging Nigerians to resort to self-help measure if they perceive that the judiciary does the bidding and execute the scripts authored by politicians in the office of President Muhammadu Buhari.

HURIWA, in a media statement signed by Emmanuel Onwubiko, its National Coordinator, said it was disturbing that President Buhari, who instituted the matter against Kanu and his organization, seems to be adopting underhand tactics to cajole the judiciary to do her bidding as against the clear provisions of the Constitution on separation of powers as provided for in Sections 4, 5 and 6 of the Constitution of the Federal Republic of Nigeria of 1999 as amended.
Also read: Human Rights Lawyer, Chief Malcolm Omirhobo, Storms Supreme Court Dressed In Native Doctor Attire Photos Below

Besides, HURIWA said it is unclear why a citizen would spend a year in prison whilst undergoing trial for charges that the Federal Government has not adduced irrefutable proof but there are top government officials who looted the public treasury to the tune of nearly N200 billion and are on bail.

HURIWA recalled that the detained Nnamdi Kanu, currently facing a seven-count charge, had in the application he filed through his team of lawyers led by Chief Mike Ozekhome, SAN, equally challenged the revocation of the bail the court earlier granted to him.

HURIWA said although it is not in her place to determine for the presiding judge how to discharge her constitutional obligations the rights group said the unfair treatment of Nnamdi Kanu because of where he comes from is against Section 42(1) of the Constitution which absolutely makes discrimination unacceptable and unlawful.

The rights group bemoaned the fact that four days ago in far away from Rwanda, President Muhammadu Buhari was quoted as ruling out the bail option for Nnamdi Kanu, the detained leader of the proscribed Indigenous People of Biafra (IPOB).

The President said Kanu’s continued detention is an opportunity for him “to justify all the uncomplimentary things said against Nigeria while he was in Britain.”

Buhari said this at a bilateral meeting with the British Prime Minister, Boris Johnson, on the margins of the 26th Commonwealth Heads of Government Meeting in Kigali, Rwanda.

The president said the Federal Government may not grant the IPOB leader such a privilege anymore considering the fact that he had jumped bail earlier.

HURIWA said the extra-legal attempts by Buhari to coerce the judiciary to do the bidding of his whims and caprices show that indeed Nigeria is not just a Banana Republic but a full dictatorship.

HURIWA said the Judiciary under Section 6 enjoins the judicial powers of the state just as the Rights group said under Section 36(5) that every accused person is deemed to be innocent in the eyes of the law.

HURIWA urged Justice Binta Nyako to issue a gag order banning Buhari and his aides from interfering in a matter pending before her Court unless what we are being told is that President Muhammadu Buhari is now the Chief Judge of the Federal High Court.