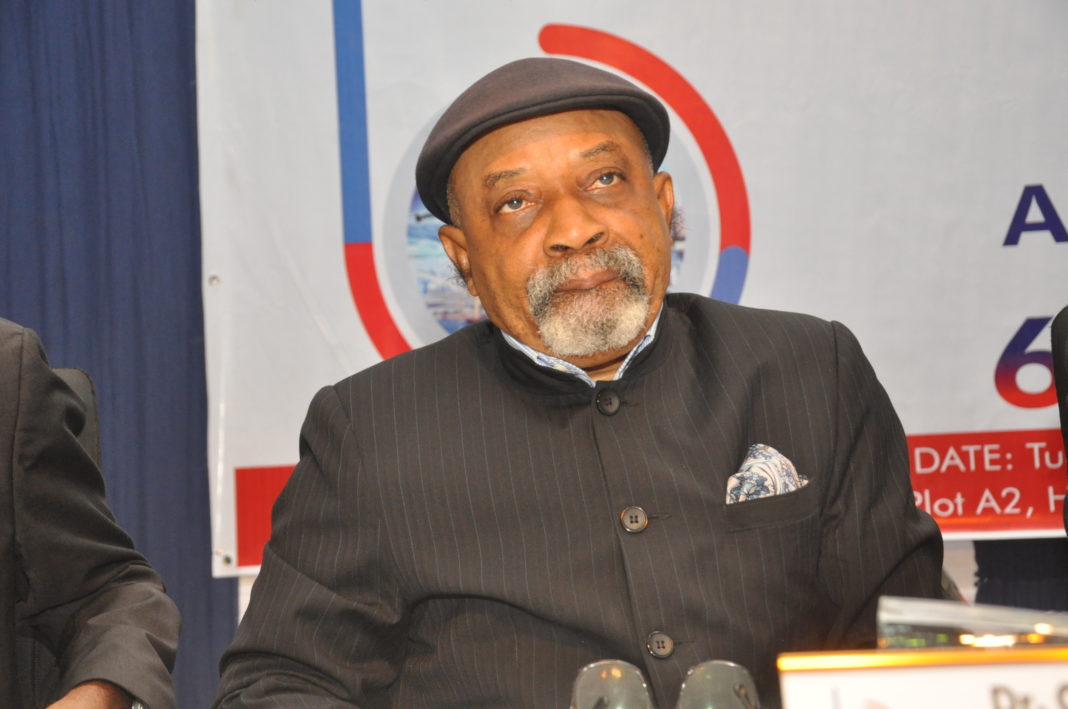 A chieftain of the All Progressives Congress, APC, Chief Eze Chukwuemeka Eze, has warned that the faceoff between the Nigeria Labour Congress, NLC, and the Minister of Labour, Dr Chris Ngige would definitely be sending negative signals to the world.

He advised the leadership of the NLC to be very careful in its ongoing face-off with Ngige, to avoid a situation that may lead to any fatal chaos.

Eze, a former Spokesperson of the defunct New Peoples Democratic Party, PDP, gave the advice in a statement issued to DAILY POST in Abuja on Sunday.

According to Eze, there are already whispers in various corners indicating that the NLC’s war against the minister is a proxy one, being sponsored by some politicians who feel intimidated by the performance and political stature of Ngige, who are also eyeing a slot in the about-to-be-formed cabinet, but believe that blackmailing him and making him look unsellable is their way in.

The party chieftain, however, advised labour leaders to drop the fight, which he described as needless and avoid being used to create a perfect stage for those who either aim at physically injuring the minister or blackmail him for selfish reasons. He said the premise on which the ongoing fight had been based and the method adopted, especially the attack on the minister’s private life, were both faulty and a minus on the part of Labour.

“The fact remains that the NLC leadership lacks the constitutional powers to storm the private residence of the Minister and engage some of the residents of the estate in a fight. This is sad and unfortunate as whatever maybe their grievances can always be thrashed in a civilised manner, not through the approach of hooliganism and threat unless the present leadership of NLC doesn’t know who Dr Ngige is; he doesn’t succumb to threat.

“Unless the NLC leadership has other game plans or motives, using the delay in the inauguration of veteran labour leader, Chief Frank Kokori, as chairman of the Social Insurance Trust Fund (NSITF) as a cover up to picket the minister is a motive wrongly used. Labour union can’t dictate to a minister how to run his office or who he must inaugurate in a given Board under His Ministry.

“It is regrettable that the NLC leadership wants to compel the Minister of Labour, Dr Chris Ngige, to disobey the approval of Mr. President and inaugurate Chief Frank Kokori as the Chairman of the NSITF, in place of Mr Austin Enajemo-Isire, who is duly appointed by President Muhammadu Buhari, while neglecting the fact that Kokori has been given another appointment by Mr President as Chairman of the Michael Imoudu Labour Training Institute, Ilorin, so why is NLC insisting Kokori must be the Chairman of NSITF”, he wondered.

Eze further questioned the NLC leadership’s reason to want to make a mere appointment of an individual a national emergency, just because that individual was a former labour leader, saying, “it is even more perplexing that the NLC is determined to break the law and even spill the blood of Nigerians to achieve a clearly illegal and crooked purpose”.

He maintained that “the picketing of the Labour Minister’s private residence was not only unlawful and against the Trade Dispute Act of Nigeria and gross violation of the fundamental right of Dr Ngige to his private life, but also criminal and an embarrassment to organised labour organisation.

“I would have expected the NLC to commend and continue to show appreciation to Dr Ngige for contributing so much in mid-wifing the increment of workers wages than its present antagonistic move against the Minister”, he said.

Eze, however, commended Ngige for demonstrating maturity and statesmanship by visiting the National Hospital, Abuja, to sympathise with those that allegedly sustained injuries during the botched picketing exercise.

“The visit gave room for the Chief Medical Director (CMD), Dr. Momoh to debunk the report that two of the union members allegedly attacked by thugs at the Minister’s residence were admitted at the intensive care unit as nobody was admitted at the unit. Dr. Momoh revealed that nine-person were attended to, seven were discharged immediately, while two were kept overnight, adding that the two left within 24 hours they were brought to the hospital”, Eze said.

Eze finally pleaded with the minister to forgive the NLC leadership and continue to dialogue with them on this issue and other issues that will enhance the productivity of the Nigerian labour force, adding, “in the same vein, the NLC leadership should stop henceforth further actions of endangering the life of the Minister”.