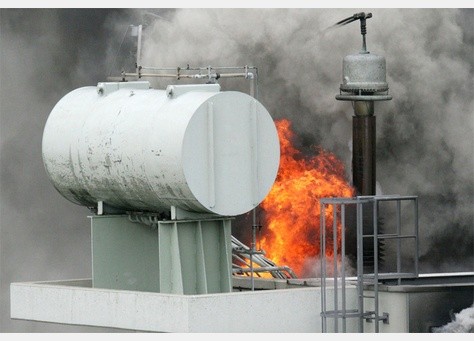 Nine people were injured when a fire broke out at a crude refinery in southern Mexico, state oil company Pemex said Wednesday, its latest in a series of accidents.

The company said its firefighters were still working to put out the blaze, which sent a huge column of black smoke into the sky at the Salina Cruz refinery in the state of Oaxaca.

“The fire is contained within the refinery,” Pemex said in a statement.

Nine people received medical treatment for minor injuries, of whom eight have already been released, it said.

The refinery is one of the largest in Mexico, with a processing capacity of 330,000 barrels of crude a day.

In recent years, Pemex has been hit by a string of fires and explosions at its facilities.

Three months ago, an explosion at a Pemex refinery in the central state of Guanajuato left eight people injured.

In April last year, 32 people died and more than 100 were injured in an explosion at a petrochemical plant in the eastern state of Veracruz that is a joint venture between Pemex and private firm Mexichem.