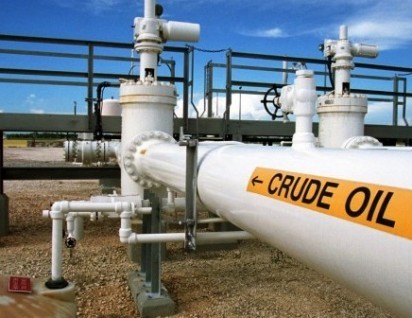 Nigeria’s excess oil revenue rises to N22.4bn daily as price hits $77bn per barrel
Nigeria’s excess oil revenue has risen to N22.4 billion daily as a result of the sudden leap in the price of crude from $67 to $77 per barrel in the international market. The rise in oil price was partly attributed to President Donald Trump’s decision to re-impose economic sanctions on Iran and the continued output cut by members of the Organisation of Petroleum Exporting Countries, OPEC. Oil Oil Consequently, current oil market situation is expected to impact positively on the nation’s 2018 budget. The nation’s N8.612 trillion 2018 budget, which the National Assembly had promised to pass next week was benchmarked on $45 per barrel of oil and the production of 2.3 million barrels per day. But the rise in oil price showed an excess of $32 per barrel against the $45 per barrel budget benchmark price, indicating an excess daily revenue of $73.6 million or N22.4 billion at the official exchange rate of N305 per dollar. A survey of various oil markets around the world by Vanguard yesterday, showed that the price of some light crudes, including Nigeria’s Bonny Light was in excess of $77 per barrel.
Share
Facebook
Twitter
WhatsApp
Pinterest
Linkedin
ReddIt
Email
Print
Tumblr
Telegram
Mix
VK
Digg
LINE
Viber
Naver
Previous articleSaraki begs Northern leaders to Help end the killings
Next articleSenate president saraki appeals nullification of Omo-Agege’s suspension