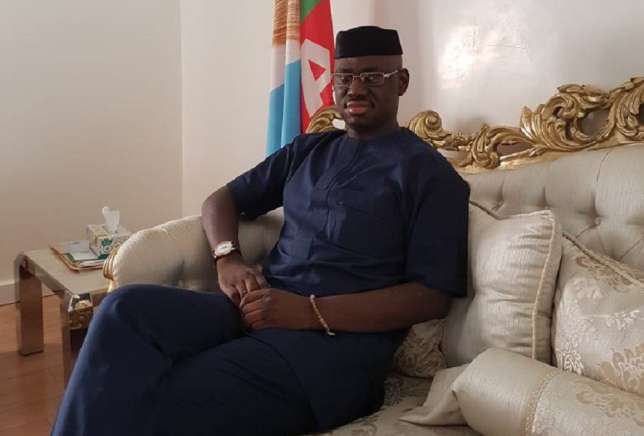 The former APC spokesman also said that the ideals of the Change mantra that brought the President into power are fast eroding.

The former spokesman of the All Progressives Congress (APC), Timi Frank has said that Nigerians are regretting that the voted for the party in 2015.

According to Daily Post, Frank said this in an open letter to the President with title: June 12 and the Burden of good governance.

According to the former spokesman, violation of social rights are prevalent in Buhari’s administration.

Frank also said that the ills are not the values that late Chief MKO Abiola stood for.

“A country where the RULE OF LAW, FREEDOM OF SPEECH AND ASSOCIATION, UPHOLDING

THE RIGHTS OF EVERY CITIZEN AND ABOVE ALL RESPECT FOR FUNDAMENTAL HUMAN RIGHTS was and is the very pillar upon which Chief MKO ABIOLA and several others paid the ultimate price with their lives.

“Anything short of this will amount to MILITOCRACY or DICTATORSHIP as it were. The lack of adherence to these social rights, I must admit, are very prevalent in this administration and seems to be growing larger by the day.

“These ills are reminiscent of and a sad reminder of the Junta days, with many regretting their actions of voting the APC into power. It will be pertinent, Mr. President sir, to proceed on a personal fact finding mission to the Nigerian streets, irrespective of bias, to find out the true reflections and opinions of Nigerians toward your administration,” he said.

The former spokesman of the ruling party also said that the ideals of the Change mantra that brought the President into power are fast eroding.

According to him, if nothing is done to salvage the situation, the hope and aspirations of many Nigerians will die.

“The CHANGE mantra upon which this administration was voted into power massively by Nigerians, irrespective of ethnic, religious and social affiliations, is fast eroding away and I’m afraid, sir, that if nothing is done to Right the Wrong, then the Hopes and Aspirations which had ushered in a brighter tomorrow will end up in Regret and Despair.

Timi Frank has consistently criticised the ruling All Progressives Congress (APC) and its chairman, John Oyegun.

He recently apologised to former President Goodluck Jonathan for criticising his administration during the build-up to the 2015 elections.