Nigerian footballer, Nedum Onuoha refuses apology from Zlatan Ibrahimovic for clashing with him on the field (Photos/Video) 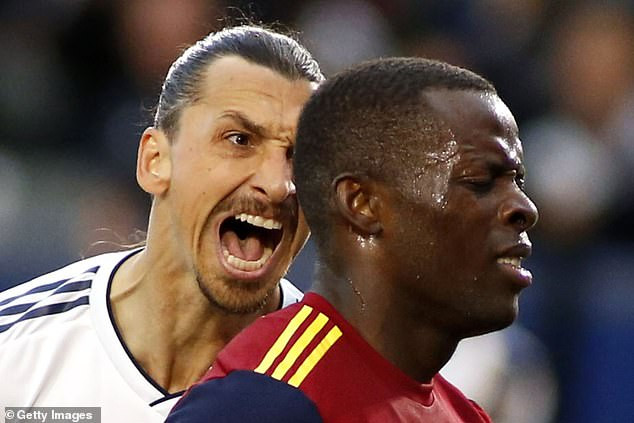 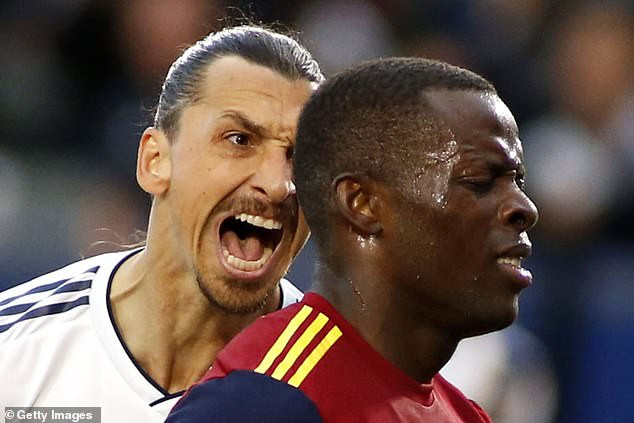 It all started after Ibrahimovic who plays for LA Galaxy appeared to catch Onuoha with his arm, which prompted a square-up between them. The Swedish striker was given a yellow card for the offense. 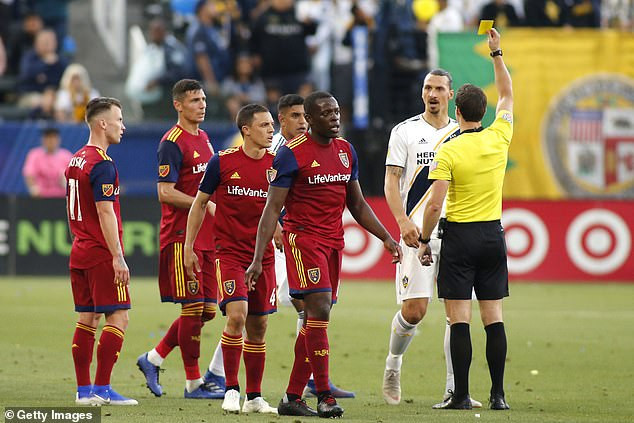 After scoring a close range and helping Galaxy to a 2-1 scoreline, Ibrahimovic turned and walked towards Salt Lake defender Onuoha, before celebrating and shouting right in front of his face in the 78th minute at Dignity Health Sports Park. 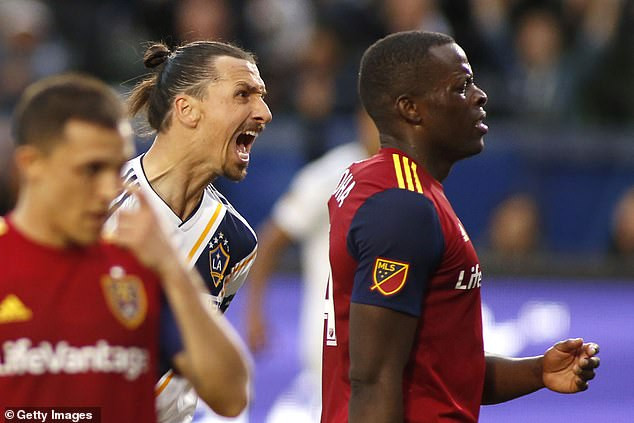 The 37-year-old later visited Onuoha in the dressing room to apologise but the Nigerian footballer rejected his apology.

‘He came into apologise after the game because from 60 minutes in he’s saying he’s going to do me, he’s going to hurt me for that game,’ Onuoha told reporters.

‘This is a guy who is the face of MLS, as he calls himself, but this is the way that he plays on the field? So I don’t care. If someone comes in and says that to me, I don’t care. I’m not going to accept his apology. It’s unacceptable.’

Ibrahimovic also spoke to reporters, telling them that he likes  ‘to feel alive’ when playing football.

‘What happens on the field stays on the field,’ Ibrahimovic told reporters. ‘I like to feel alive. I like when it becomes duels and that because sometimes, not that I fall asleep, but I don’t feel alive if they don’t activate me.

‘They need to activate me or else it becomes too easy. I know me. When I get angry I feel good.’

You don’t want to upset the Lion. ?

Share
Facebook
Twitter
WhatsApp
Pinterest
Linkedin
ReddIt
Email
Print
Tumblr
Telegram
Mix
VK
Digg
LINE
Viber
Naver
Previous articleJealous boyfriend ,50, is found ‘intoxicated and dehydrated’ after getting stuck in a tunnel he had dug under his ex-girlfriend’s house to spy on her
Next articlePhoto: Dismissed Sergeant-turned- kidnapper shot dead during gun battle with police in Owerri