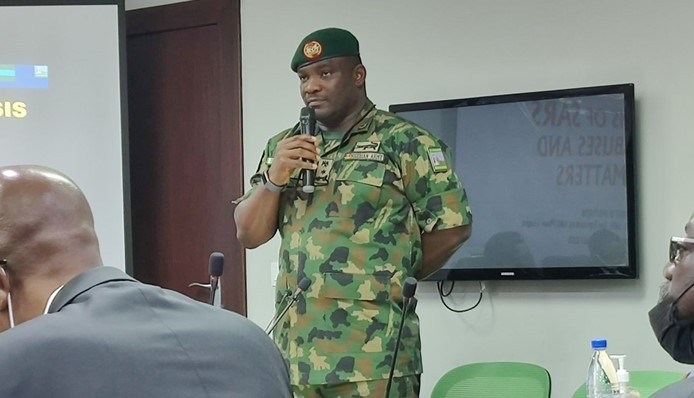 The Nigerian Army has backtracked on the statement it gave concerning its role in the Lekki toll gate shooting of October 20, 2020, by stating that soldiers did not go to enforce curfew but were on another mission when they were attacked by some hoodlums who joined the #EndSARS protest.

Commander, 81 Division of the Nigerian Army, Brig-Gen. Ibrahim Taiwo made this known on Saturday while speaking before the Lagos Judicial Panel on SARS and other related matters.

He said the military men were on their way to an operation along the Epe axis and had no alternative route. That was why they took the Lekki toll gate area taken over by protesters at the time.

The Brigadier-General explained that immediately the soldiers got to the toll gate. They were “pelted and stoned by hoodlums,” adding that the officers responded by firing into the air to clear the way for them to continue their operations.

“The place was cleared at about 8:45 pm, and they said they were going back to their respective units.”

This contradicts an earlier statement it gave that the Lagos State Governor, Babajide Sanwo-Olu, requested the Army’s presence to quell riots and enforce curfew in the state.