Nigeria news : We are completely forgotten under your govt – Delta Monarch cries out to Okowa 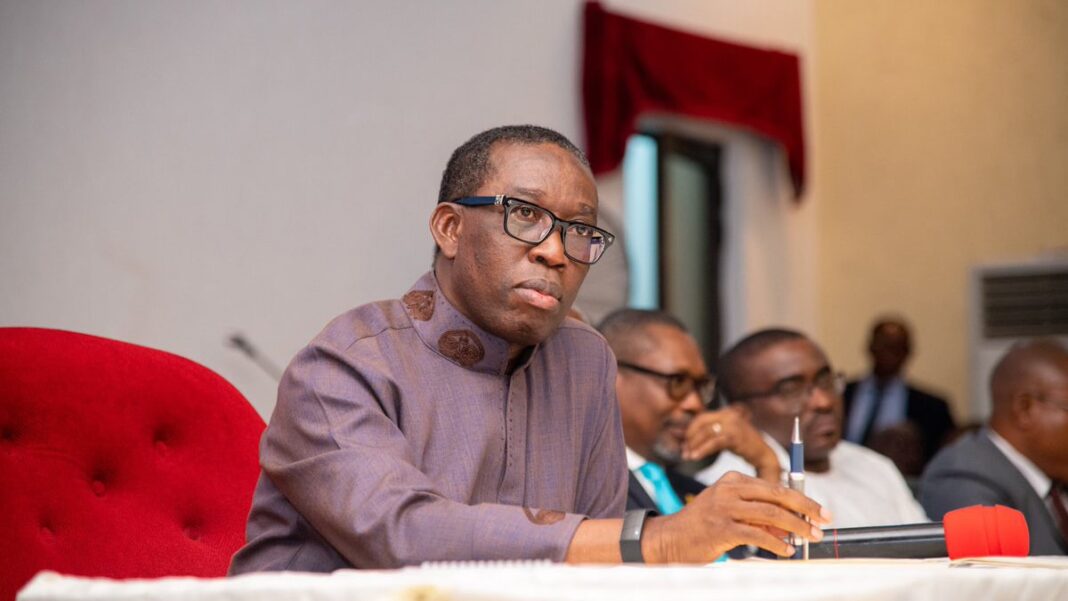 Nigeria news : We are completely forgotten under your govt – Delta Monarch cries out to Okowa, Eleven years after his coronation, the Pere-elect of Egrangbene Kingdom in Burutu Local Government Area of Delta State, HRM. Henry Ambakaderemo Okrikpa today appealed to Governor Arthur Ifeanyi Okowa to recognize and present him with a Staff of Office saying,” My people are suffering.”

In a chat with newsmen in Effurun, Uvwie Local Government Area of Delta State, the monarch said there are no cottage hospitals, foreshore walls, solar lights, low-cost housing and school in his domain.

The Pere-Elect stressed,” Presently, even the Headquarters don’t have a school, no primary school” he insisted.

The Pere-Elect who described the governor as an epitome of peace in a new year message said,” Let him remember the rural areas, especially my area.

“I know it is said that it is difficult to develop the riverine areas but there are certain little things, so far it is government presence, that we can recognize.

“Our votes are counting, why must we not enjoy these little things? Let him try for us, recognize us.

“That staff is like a baton you use on behalf of your people to enter into doors. If we are perpetually under people where we don’t belong, they will not look at you.”

The monarch whose kingdom is made up of twenty tree(23)communities said,”It is enough for us to be autonomous.

“Our place is riverine, so these pirates are disturbing us. Recently, an incident happened.

“It was the riverine security that helped us to apprehend those people. They killed some of them and the matter is still on. We are suffering a lot.

“Politically, appointments are zero in my kingdom. It is only during the time of the current deputy governor, Deacon Otuaro, as commissioner for Ijaw ethnic nationality in DESOPADEC. We are an oil-bearing community.

“Agip was about to come but because of the crisis, they left. It was him that tried to give us one building as a guest house.

“There is no other recognition. Everything that comes, goes to Ojobo, which is the Headquarter. No scholarships.”