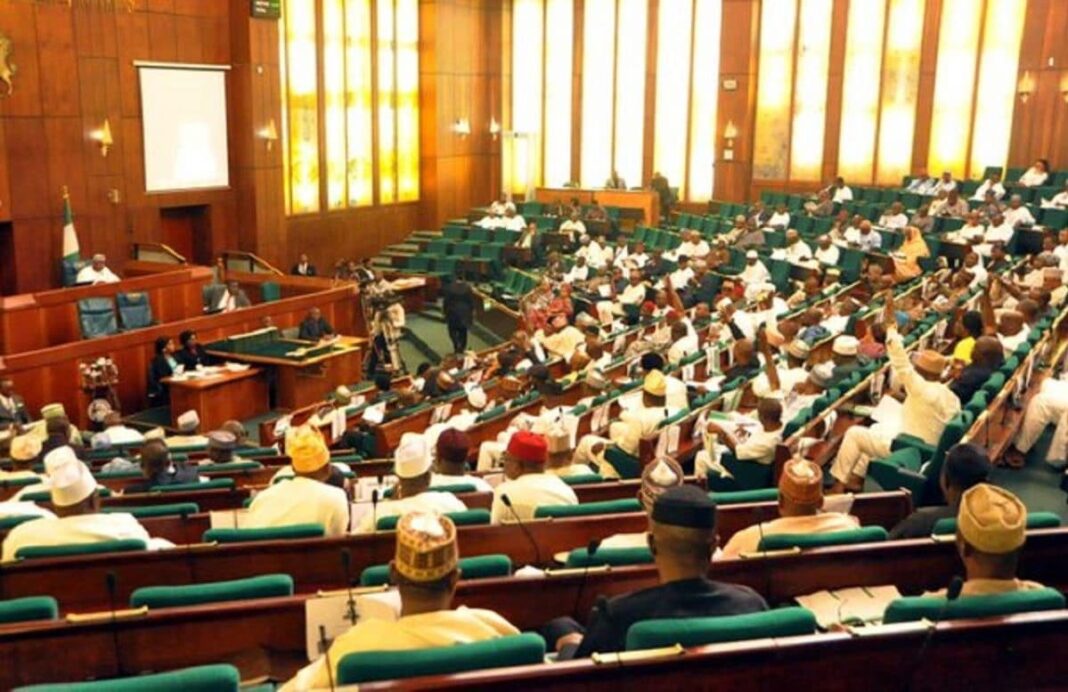 The House of Representatives on Wednesday replied President Muhammadu Buhari on his recent claim that the National Assembly had wasted N1trillion on Constituency projects without corresponding impact on citizens in ten years.

President Buhari, while speaking at the National summit on diminishing corruption in the public sector, claimed that the constituency Projects has gulped N1trillion but with nothing to show for it.

He said, “The first phase report of tracking these projects by ICPC confirms our worst fears that people at the grassroots have not benefited in terms commensurate with the huge sums appropriated for constituency projects since inception.

“I am, therefore, delighted that through the effort of ICPC, some contractors are returning to site to execute projects hitherto abandoned and that project sponsors are being held to account.”

The Minority leader, Ndudi Elumelu raised a Point of Privilege to challenge the claim during plenary on Tuesday.

According to Elumelu, President misinformed Nigerians about the actual amount spent on Constituency projects.

“Section 4 of the 1999 constitution gives us the power to make laws, but the onus is on the executive to execute the project, we are not contractors. it is painful that N100billion is budgeted, but release, and I can authoritatively say that less than 40% have been released in 2019. ICPC failed to tell the President the percentage released,” he stated

Also speaking on the point of Order, the Deputy Minority Leader, Toby Okechukwu (PDP, Enugu) put the blame on executive, noting that the partial releases were responsible for the abandoned projects across the country.

“The breach of privilege is the preposition that money is given to the parliament, ours is to make law, we make laws but we do not execute projects. The reason you have abandoned projects is because of release. I know that this government has budgeted N8. 6trillion annually in the past 4 years, does it now mean that we have spent that said amount in the past years?

The Speaker, Femi Gbajabiamila, in his reaction said that the statement is a “breach of our collective privileges.”

However, the Speaker blamed the ICPC for the statement by Buhari.

“My concern is the unintended consequences of the words from the report of the ICPC. It is okay for the National Assembly to be used as a weeping boy.

“The ICPC can use the Freedom of Information to request for details of the projects. I don’t think the ICPC will appreciate it if the National Assembly should do oversight on the agency using the budget.

“I want to use this medium to send a word to the ICPC to be careful, and do their work diligently,” the Speaker said.