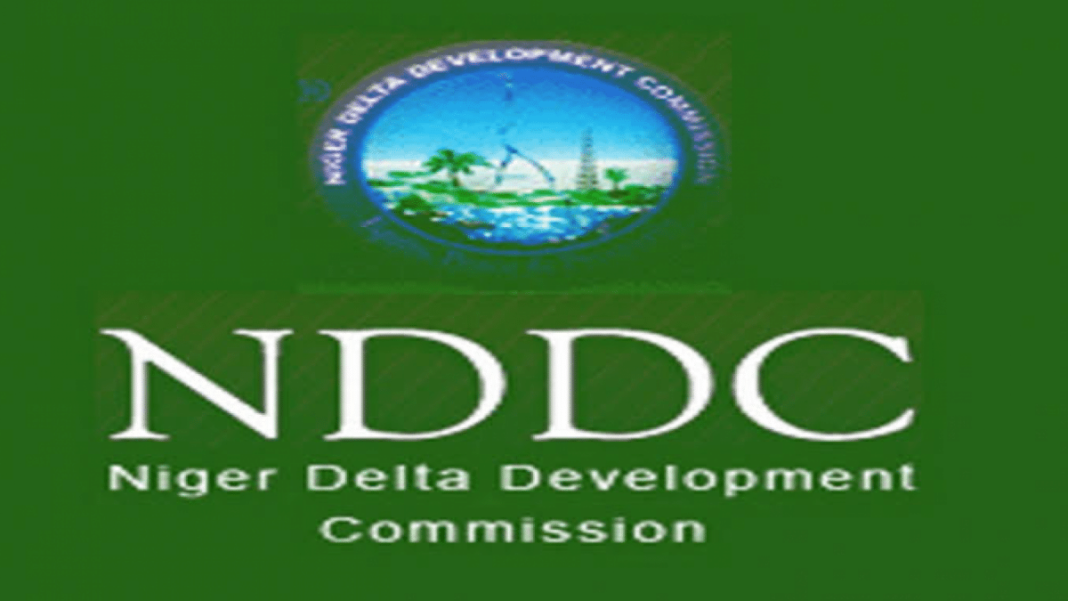 A group of Ex-militants, Conscience of the Niger Delta, has warned some politicians holding top political appointments in the current administration to desist from threatening the country over the National Assembly’s attempt to probe the N40bn alleged fraud in the Niger Delta Development Commission, NDDC.

The ex-militants in a statement signed and released to the media on Sunday by its Coordinator, Odudoh Okpokiri, called on the politicians, who are allegedly interested in the NDDC for the wrong reasons, to stop sponsoring shadowy groups of fake militants and personal associates to gag the National Assembly from carrying out the probe through threats and mindless blackmail.

The group noted in the statement that the threat attributed to ex-militants calling for the stoppage of NDDC probe was fake as none of its members would stand against the government in cleaning the place since everybody is affected with the ongoing corruption in the country.

The group said it knows its members, adding that the statement threatening those who want to probe the NDDC is not from any of its member.

“Is it the members that are being owed by the commission for many years that will threaten anybody?’’ the group wondered.

It dissociated itself from the said statement, calling on Nigerians to ignore it.

According to Conscience of the Niger Delta, it only wants the commission to be repositioned to work for the people of the region, insisting that it will not stand against anything that will make the place better, “Everybody is tired of the corruption going on in the country,” the group’s statement said.

The ex-militants said it supports any move being made by the President Muhammadu Buhari administration to make the region better and called on the government to pay more attention to the plights of the people.

It said politicians cannot use them to settle their own troubles when the people are being shortchanged.

“Politicians should not always use us as errand boys,” the statement noted.

The ex-militants, therefore, urged the National Assembly and all agencies in charge of fighting graft to, ‘‘ignore the rants of the fake militants.’’

The statement described the ranting as empty threats and hot airs that cannot hold waters.

“We call on President Muhammadu Buhari to personally appoint a neutral Forensic Auditor to audit the account of NDDC since politicians involved are accusing themselves of corruption,” the Statement added.

“We call on [the politicians] and [their] proxy group to allow the anti-corruption agencies and the National Assembly carry out investigations to a logical conclusion.

“By the way, why should the IMC of the commission and by extension, [these politicians] be scared if they know that their books are clean? A clean mind fears no accusation.

“Oby Ndukwe, the president and founder of Citizen’s Quest Initiative, whose activities show clear links with the Minister of Niger Delta Affairs, Sen. Godswill Akpabio, in one breath, said there is no fraud committed by the present Interim Management Committee, IMC, yet turned around to call for the stoppage of probe. If she has seen the books of the NDDC to approve of the IMC, she should simply encourage others to confirm her claims by welcoming investigations by any agency of government. Every stakeholder from the region, except those profiting from the sleaze, support the government’s move to clean NDDC.

“We call on the leadership and members of the National Assembly to ensure the probe is carried through and findings made public, else, members from the region should consider themselves personal non granta in the region. Other anti-corruption agencies should also investigate the commission to compare notes with the outcome of NASS probe”.

The group also reiterated its support for President Muhammadu Buhari in his determined efforts to rid the commission of monumental corruption, which has been ravaging the agency since its creation over 19 years ago.