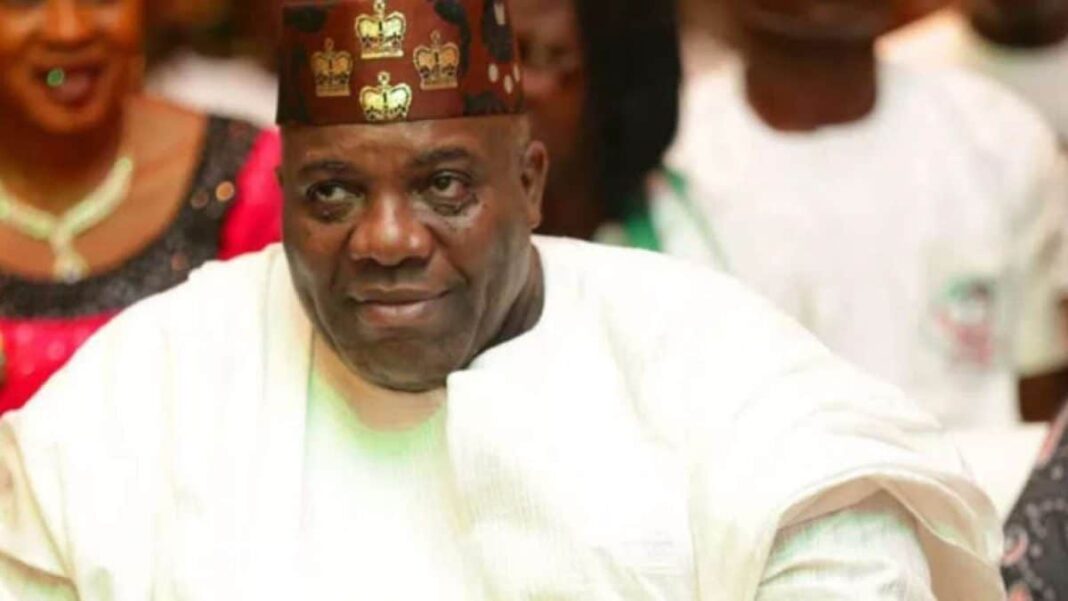 Nigeria news : Jonathan’s ex-aide, Okupe, 2023 No difference between PDP, APC in terms of corruption, greed, Doyin Okupe, a former aide to ex-President Goodluck Jonathan has reacted to the Peoples Democratic Party, PDP’s decision to ignore his call for a change of name for the main opposition political party.

Recall that Okupe had started a campaign on social media calling for the change of name for the PDP.

He argued that the party was bound to lose 2023 general if no changes were effected.

However, the PDP responded by saying that it would continue to exist with the name, ruling out the possibility of changing it ahead of the next general election.

Reacting to the party’s decision, Okupe said he was amused by those who think he had some untoward ulterior motives by making the suggestion.

Okupe also noted that there is no significant difference between APC and PDP in terms of corruption, greed, prebendalism, abuse and misuse of office, official mismanagement and bad or poor governance.

He wrote on Facebook, “I want to concede that my suggestion for Name change is a very unpopular one. But I want to also say that I have never been too worried about holding minority views.

“Not out of arrogance but purely based on deep-seated personal conviction. I also note that it is such an emotional topic amongst many party faithful.

“I am sorry if I have offended the sensibilities of many especially my very good friends and long-standing associates.

“I am amused by those who think I have some untoward ulterior motives. Far be from me any such ignoble intentions.

“I am a man who speaks his mind freely and openly. I do not engage in mischief. I am also a highly intuitive person and very politically alert, forward-looking and discerning.

“I know that there is more to this world than the eyes can see. And quite aware also, that many things we see are wrought by what we do not see.

“Not everything that is logical is expedient and not all that is expedient is logical too. In my very first write up on this subject matter, I stated several things that I felt the PDP must do if it intended to win future presidential elections.

“The first was the suggestion of Change of Name. However, I also stated that the party must be opened up to allow new political tendencies to come in as well as to open our gates and turfs to our younger and politically motivated youthful population to join us in their numbers.

“I said all this because I do realize that it will take more than the regular strength of PDP to defeat the ruthless and vicious party called APC.

“It will take only a national movement to accomplish this. This is perhaps what Sowore naively named a revolution.

“But folks, mark my words, nothing short of full scale political national mobilization can defeat this incumbent in 2023.

“My rationale is that to put this together will require a political platform upon which everybody will be comfortable. It must also have convincing proof of a near-total break from the past so as to dump the political baggage foist on the PDP, largely unchallenged by the efficient and sustained propaganda machinery of the APC.

“Many have alluded to the issue of change of the attitude of the leading personalities in the PDP as being the actual recipe for the success we dream of.

“This is quite interesting because the truth is that there is no significant difference between those in PDP and the APC.

“Hence there is no significant difference between APC and PDP in terms of corruption, greed, prebendalism, abuse and misuse of office, official mismanagement and bad or poor governance.

“I know what I am saying and I will not go into any puerile or self serving or hypocritical or deceptive arguments about this objectively established fact.

“All in all its being a good and inspiring debate which must of necessity be the hallmark of our engagements as Democrats.

“To those who because of my unpopular view decided to insult and disparage me, I forgive you all. I STILL STAND BY MY VISION BUT I BOW TO MAJORITY VIEW. Ce Sera Sera. What will be will be.”