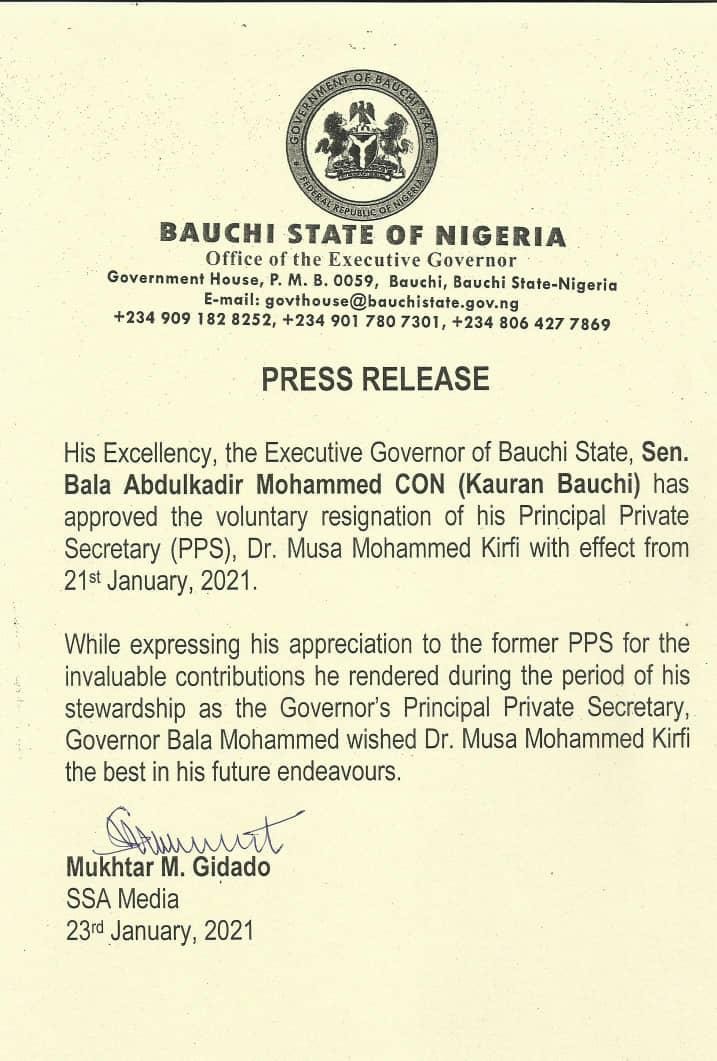 DAILY POST had reported that the PPS submitted his resignation letter to the Governor.

The acceptance of Kirfi’s resignation by the Governor was conveyed in a press release signed and made available to DAILY POST by the Senior Special Assistant (SSA) on Media to the governor, Muktar Gidado, Saturday evening.

“While expressing his appreciation to the former PPS for the invaluable contributions he rendered during the period of his stewardship as the Governor’s Principal Private Secretary, Governor Bala Mohammed wished Dr. Musa Mohammed Kirfi the best in his future endeavours,” the governor’s media aide stated.

DAILY POST reports that the former PPA to the governor was appointed by Governor Mohammed on 19th February, 2020 and spent only 11 months on the post before resigning without giving any reason for his decision.

Kirfi, who was until his appointment an Associate Professor of Public Management with the Federal University, Kashere, Gombe State, was said to have submitted his resignation letter to the Governor on Friday. 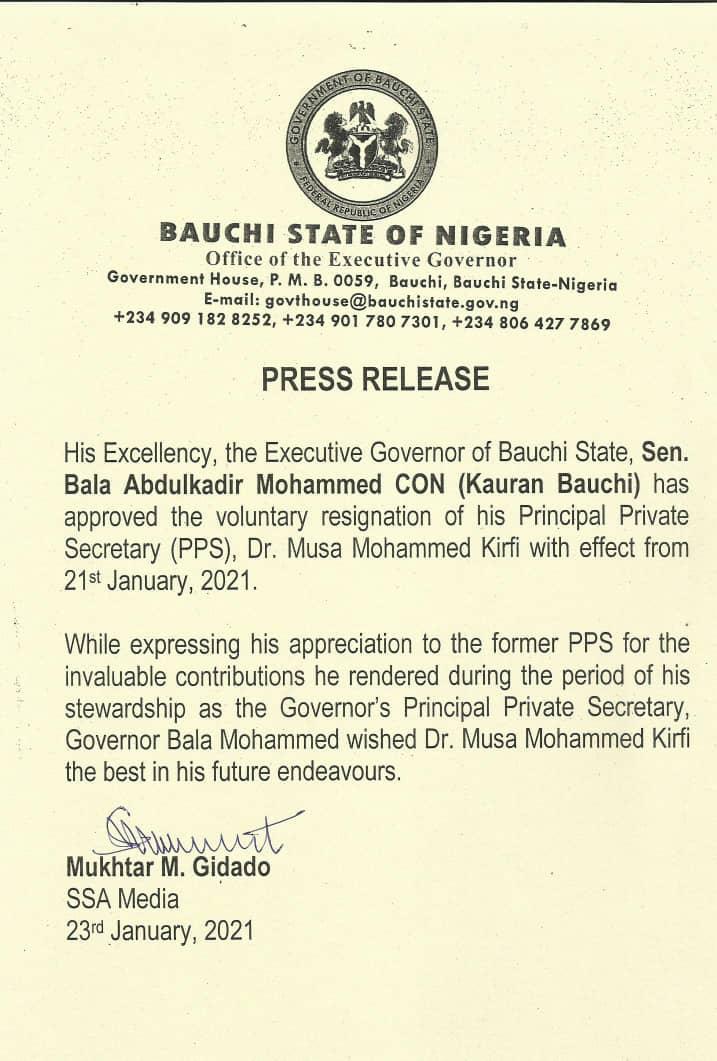