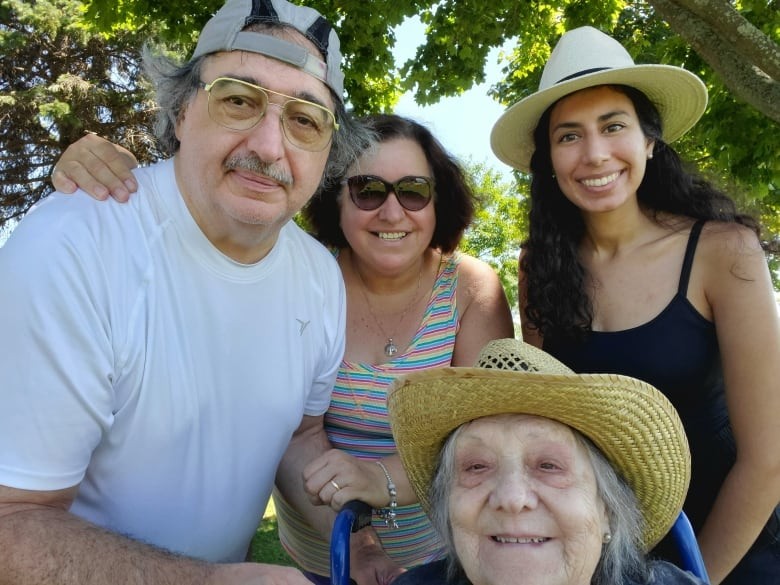 A 97-year-old woman in Montreal may be the first person in Quebec to receive a second dose of the COVID-19 vaccine, albeit accidentally.

Two weeks after receiving the Moderna vaccine, Antonietta Pollice was given a dose of the Pfizer-Bio-NTech vaccine, said her daughter, Patrizia Di Biase.

Pollice, who has dementia, did not understand what vaccine she was receiving, Di Biase said. The mix-up has left the daughter livid.

“Shocked. I was upset,” she said. “How can that happen? ‘Mistakes happen,’ well, it’s not a small mistake.”

Di Biase said Pollice received a dose of the Moderna vaccine on Jan. 7 at CHSLD Herron.

With the owners of the private seniors’ home deciding to close the facility, Pollice was transferred temporarily to CHSLD Joseph-François-Perrault on Jan. 11.

Di Biase said staff at the CHSLD called her on Friday to inform her that Pollice had accidentally been given the Pfizer-BioNTech vaccine.

She says she was in shock and had staff repeat the information twice before she hung up because she couldn’t process the news.

“It’s unacceptable. They have to do something about it,” Di Biase said.

“I don’t want this to happen again. It’s happened now, we can’t go back for my mom, but we need to go forward and have everybody know.”

Quebec Premier François Legault made the decision earlier this month to delay all second doses of the vaccine in favour of inoculating more people with a first dose instead. The government has said that everyone who received the first dose so far will get the second after 90 days.

Di Biase said she has reached out to Quebec Public Health seeking answers.

A spokesperson for the regional health authority in charge of CHSLD Joseph-François-Perrault said the situation has been brought to its attention and it is currently investigating.

But spokesperson Valérie Lafleur said that if this happened, a rigorous review would be put in place involving the medical team, public health and a team from infection prevention and control.

Most concerning to Di Biase is the effect of inoculating her mother with two different vaccines.

The Public Health Agency of Canada says Canadians should receive the same COVID-19 vaccine for both shots — except in very specific and unlikely situations.

According to the public health agency’s recommendations on the use of the vaccine, “no data exist on the interchangeability of COVID-19 vaccines.”

Both the U.S. Centers for Disease Control and Prevention and Public Health England share those same recommendations.

Infectious disease specialist and microbiologist Dr. Donald Vinh, who is also an adviser to the federal government’s COVID-19 task force, said each individual’s situation is different but that the jury is still out on mixing vaccines.

“The short answer is that we don’t know anything,” he said.

“There is no data to determine whether or not that’s efficacious. There is simply an experience, or more of a gut feeling, among people who have vaccine and immunology experience that it is probably acceptable to use different mNRA-based vaccines.”

Jörg Fritz, an associate professor in the department of microbiology and immunology at McGill University in Montreal, agrees.

Still, despite the lack of data, he said mixing the two vaccines should not be immediate cause for alarm.

“I wouldn’t be too worried because both vaccines were approved, they went through rigorous testing,” Fritz said.