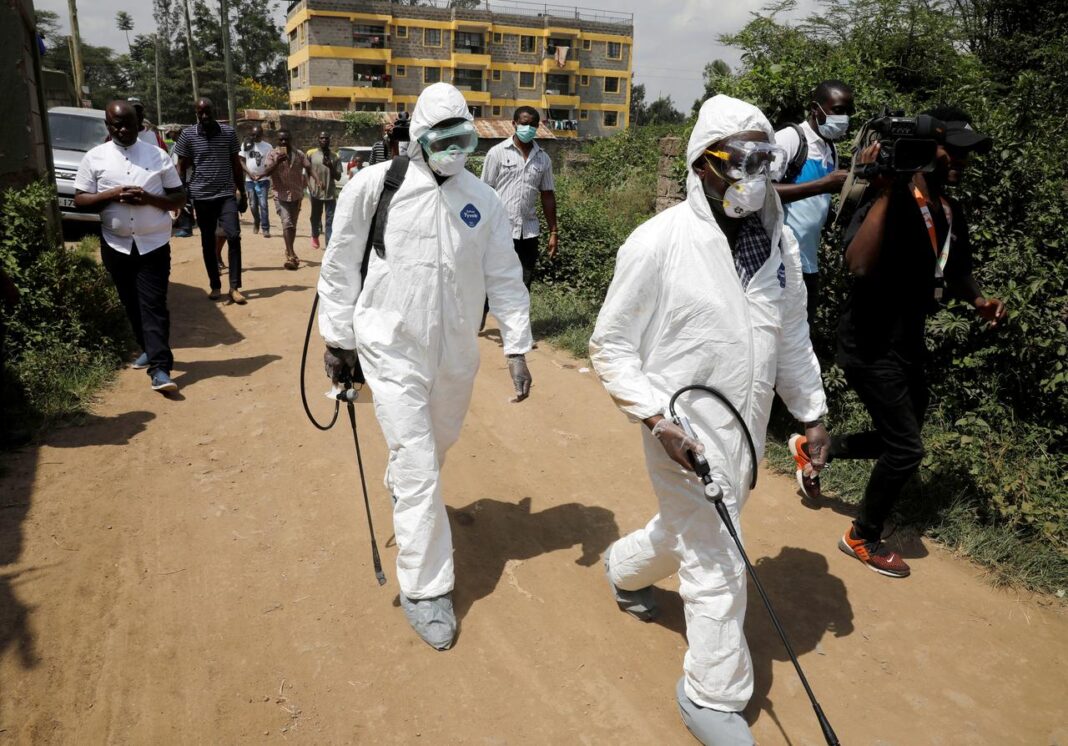 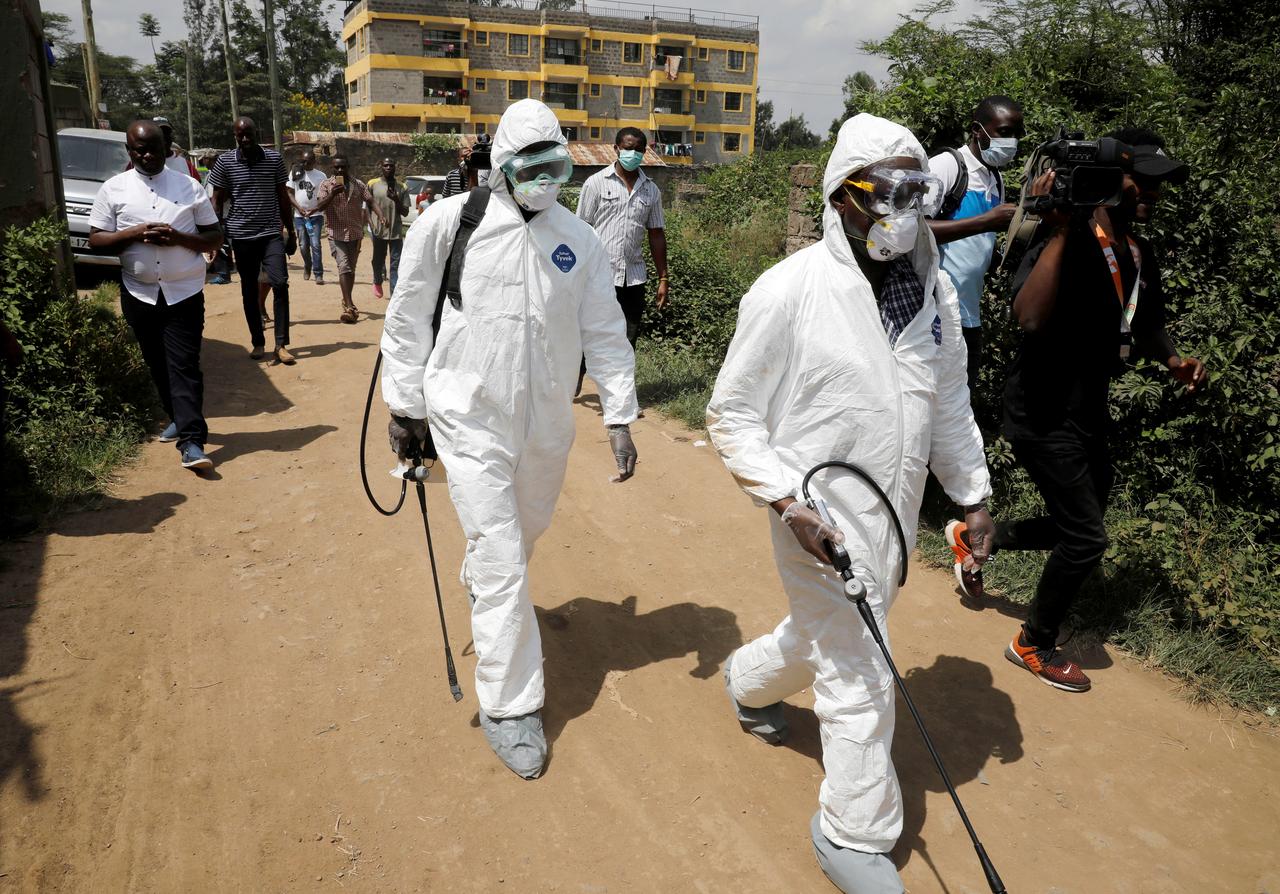 The deadly Coronavirus is gradually taking over the continent of Africa as several countries have reported the outbreak of the disease.

COVID-19 first broke out in Wuhan Province of China towards the end of 2019 and has since spread to several parts of the world with Italy and Iran being the worst hit countries.

The World Health Organization, WHO, had on Thursday announced to the world that no fewer than 200,000 index cases of Coronavirus have been reported while 8,000 people have lost their lives to the disease.

This figure was disclosed by the WHO Director-General, Dr Tedros Adhanom Ghebreyesus, on the organization’s website.

Ghebreyesus said more than 80 per cent of all cases are from two regions – the Western Pacific and Europe.

As COVID-19 spread across the world, there is a major fear of the pandemic hitting Africa harder due to its alleged backward state. To fuel the fear further, a total number of 633 confirmed cases had so far been recorded across the continent.

Reported cases of the disease has continued to rise in countries like Nigeria, Ghana, South Africa, Algeria, Morocco among the 33 countries reported to have confirmed cases.

As index cases continue to rise across the continent, there is the fear of the rural areas being the worst affected due to issues of poor health facilities, low income and overcrowded communities. This has left many to ask if the continent was ready and has the capacity to contain the disease.

Egypt recorded the first case of Coronavirus in Africa and the figure had since increased to 210 confirmed cases. The Health Minister of the country had on Wednesday announced a fresh case of 14 new cases. The country has also reported six deaths as a result of COVID-19.

In a bid to curb the spread of the disease, Egypt had on Thursday disclosed plans to shut down all cafés, shopping malls, sports clubs and nightclubs from 7 p.m. until 6 a.m. local time every night.

The government of Egypt had said the closure which will last until March 31, was aimed at strengthening measures introduced to prevent the spread of the disease.

It, however, stated that supermarkets, pharmacies, bakeries and neighbourhood corner stores were exempted from the closure.

In Ghana for instance, no fewer than 200 cases have been reported with most of the victims coming into the country from a foreign nation.

The outbreak and rise of the disease led to the government shutting down its borders and placing travel restrictions on those arriving the country in a bid to minimize the spread of COVID-19. Ghana’s Minister of Information, Kojo Oppong Nkrumah had also advised airlines to stop affected travellers from boarding flights.

In a bid to further curb the spread of the disease, the Ghanaian President, Nana Akufo-Addo had banned all public gatherings like conferences, funerals, festivals, political rallies, church services, and Islamic worships for four weeks.

In Nigeria, COVID-16 has continued to rise with four new cases confirmed on Thursday by the Lagos State Government.

The Nigerian Minister of Health, Osagie Ehanire had on February 27, 2020 confirmed its first index case which was an infected Italian but had since been quarantined, and he is said to be responding to treatment.

Since the confirmation of the Italian, several other cases have been reported with the tally of confirmed cases rising to twelve as Lagos State now have more infected persons.

Following the outbreak of the disease, the Nigerian government had placed a travel ban on 13 high risk countries like China, Italy, Iran, South Korea, Spain, Japan, France, Germany, Norway, the United States of America, the United Kingdom, Netherlands and Switzerland.

The travel ban was announced by the Secretary to the Government of the Federation, SGF, Boss Mustapha.

He said that 19 people were tested for COVID-19 on Wednesday, with four out of them testing positive to the virus.

South Africa has also not been speared by the virus with about 116 confirmed cases.

The virus continues to spread with a total number of 116 cases recorded in South Africa. The effect of the virus had caused both political and religious leaders to cancel the Easter mass celebration.

Against this backdrop, the South African government had closed down 35 local borders though not trade borders and some European countries would now need visas before they could travel to South Africa.

Senegal on its part announced its first case on 2nd of March 2020 when a 54-year-old man from France was confirmed to be the first case of coronavirus. Senegal is the first sub-Saharan country to announce a confirmed case of Coronavirus after Nigeria.

As of 15 March, the number of confirmed COVID-19 cases has increased to 24, this made the country to follow the paths of other African nations by imposing travel restrictions, banned cruise ships, and closed schools for three weeks. The government also placed a ban on public gatherings for a month.

In Cameroon, the Public Health Minister, Manaouda Malachie had on March 6 announced the first case of Coronavirus in the country. The country has since recorded two more cases.

Ivory Coast also confirmed its first case of coronavirus as a 45-year-old Ivorian man who had recently travelled to Italy was tested positive, the health ministry said on Wednesday.