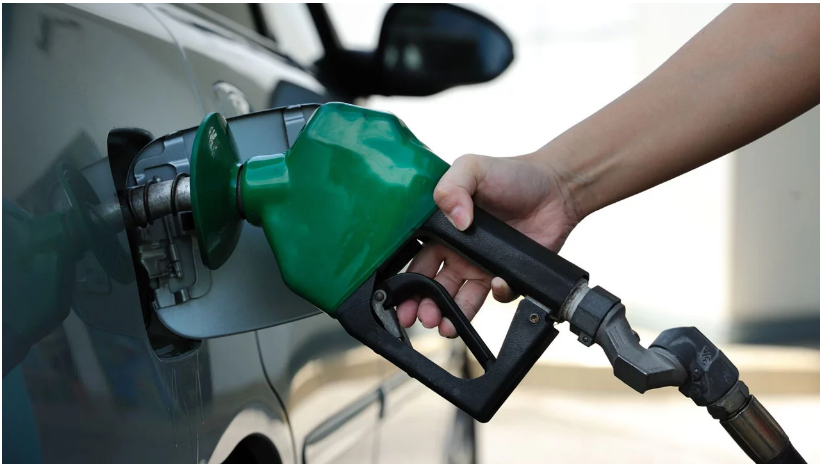 Fuel price, The confusion that greeted the purported increase in the pump price of Premium Motor Spirit (PMS), popularly known as petrol by the Federal Government has been described as a testimony to the dysfunctional nature of governance under the administration of President Muhammadu Buhari by analysts and stakeholders in the country.

Friday morning that the Petroleum Products Pricing Regulatory Agency (PPPRA) had published on its website a new pricing template that showed that the new pump price of petrol would be N212.61

Expectedly, Nigerians were livid literally with the new pricing template as published by the PPPRA, with many wondering why the government could be that insensitive as to burden them with another upward review in the pump price of the essential commodity.

However, a few hours after on Friday, the Nigerian National Petroleum Corporation (NNPC), in a single sentence tweet on its official Twitter handle, said there is no increase in petrol’s pump price.

“#NNPC Insists No Increase in Ex-Depot Price of PMS in March,” it tweeted.

Though, the import of the tweet is not lost on Nigerians, as the national oil company only said no increase in March!

After the tweet by the NNPC, which had said in February, when fuel queues surfaced in Abuja and other parts of the country, that there is no plan for a price increase, the PPPRA, at about 11 am on Friday, pulled down the controversial template, with searches on its website for the template returning a ‘Page Not Found 404’ error message.

Also, the Minister of State for Petroleum Resources, Timipre Silva, denied any increase.

According to him, there would be no increase until the conclusion of consultation with the Organised Labour.

He said:” Irrespective of the source of that information, I want to assure you that it is completely untrue.

“Neither Mr. President, who is the Minister of Petroleum Resources nor myself who deputise for him as minister of state has approved that petrol price should be increased by one naira.

“I, therefore, urge you to disregard this misleading information.”

Silva said the government was not about to abandon the discussions with the organized labor and increase the price as the PPPRA information suggested.

The minister said further: “I will like to equally assure you that the engagement with the organized labor and other stakeholders will continue even as the calculations to arrive at a reasonable price regime are being done; all in good faith, and you will be availed of the outcome at the appropriate time.

“Until then, all marketers are strongly advised to maintain the current pump price of PMS before the emergence of this unfortunate information.

“In conclusion, I want to sincerely apologize to all Nigerians for any distress and inconvenience the unfortunate information might have caused.”

For many of them, who spoke with DAILY POST, governance in the country has become chaotic, uncoordinated, and hazardous to the country’s detriment and its people.

According to them, the government has failed to speak with one voice and act as one, with different agencies of government and officials taking differing positions and acting at cross purposes.

According to Chief Asiwaju Akerele, a political analyst, the controversy over the increase in petrol prices does not come as a surprise because there are precedents. He noted that the Nigerian government has been largely loose, with several agencies pursuing different agendas not coordinated centrally to key into a unified action or direction.

“I don’t think Nigerians should be surprised with the show of shame by the PPPRA and the NNPC. Even the statement by the Minister of State for Petroleum Resources, Timipre Silva, was a big indictment on the price regulatory agency and a great expose on how uncoordinated governance has been under the current administration.

“It further suggests that the PPPRA has been acting alone, without carrying along with other agencies and authorities in the petroleum sector in the discharge of its duties. It also equally exposes the regulatory body’s exclusion from the discussion government may have with organized labor on proper petrol pricing. At least, the minister said there are ongoing discussions. So for PPPRA to have come out with the template, without conclusions of the discussions and without carrying the NNPC and the minister along, speaks volume,” Akerele said.

An economist, Dr. John Ozigi, in his reaction to the controversy, said there is no point researching further into why the nation’s economy has been performing badly in recent years.

According to him, the nation’s economy cannot witness growth if the government is not coordinated to achieve common growth.

“From what has happened, no one needs any further research to understand why Nigeria’s economy has been witnessing a downturn in recent years. No organization can witness growth if its officials are not coordinated and working to achieve a common goal. All actions must be tailored towards achieving the organization’s goals, but unfortunately, it is the reverse that has been the case with Nigeria.

“I am sure Nigerians still remember the controversies that greeted the ban on cryptocurrencies in the country by the Central Bank of Nigeria and the attendant outcries. To assert its authority, the Security and Exchange Commission (SEC) came out to say it is actually the body legally mandated to regulate cryptocurrencies in the country, technically telling the CBN that its action was an overreach. In the same breath, Vice President Yemi Osinbajo also publicly faulted the CBN’s action, saying it would have brought out measures to regulate dealings in cryptos instead of banning it.

“Also recently, the Nigerian Army headquarters came out to deny the desertion of more than 100 soldiers from the frontlines of the war against the Boko Haram insurgency in the North-East state of Borno, discrediting a signal from the headquarters of the Operation Lafiya Dole in Maiduguri, even though the signal was originated by a competent officer and sent to the Army headquarters. These and many others are examples of the dysfunctional nature of governance in the country and a major source of its backwardness,” he said.

For human rights advocate Segun Progress, heads should have rolled by now at the PPPRA. According to him, those responsible for the publication of the pricing template should have been shown the door, including the agency’s Executive Secretary, who, he said, is the main culprit.

“Nigeria is not an ideal country because if it is, people should have been sacked and interrogated for embarrassing the government and bringing it into disrepute. The supervising minister of the petroleum industry referred to the template as unfortunate and misleading. So what happens next? Does everything end at denials, and business will continue as usual? If the government failed to act, and it has actually failed for failing to act decisively immediately, then other agencies and officials of government will continue to embarrass it at will.

“The Buhari administration was presented with a golden opportunity to assert itself, show the world that it can indeed act swiftly and respond to issues without the usual foot-dragging and indecision it has become famous with. But like I said, Nigeria is not an ideal country and its government, not an ideal one”, Progress said.

Mr. Yemi Atiba, an opposition politician, however, viewed the entire scenario differently, insisting that the government only flew a kite to gauge the reactions of Nigerians.

“Nigerians must not be fooled by the denial by both the NNPC and Timipre Sylva. What happened was a clever way of feeling Nigerians’ pulse and seeing how they will react when the new pricing regime soon.

“I want Nigerians to note that the NNPC merely said there is no increase in March, while Silva said there’s an ongoing discussion on a new price. It means that there is indeed a new price coming, and I can bet that it will be in the same region as what was published by PPPRA. That’s the truth, and the earlier Nigerians prepare for it, the better.

“It is actually laughable to think that the PPPRA will come out with a new pricing template without consulting the NNPC and the minister or without the approval of President Buhari, who is the substantive Minister of Petroleum. Those who believe the script played by the government are certainly not looking beyond what they are daily fed with by this administration. This is a government that has consistently played on the people’s intelligence and has employed all the tricks in the book to manipulate Nigerians. So, don’t be fooled, a new price is coming in the region of N212, and it may come sooner than expected”, Atiba said

But Mr. Abe Joseph, a political activist, argued that the confusion revealed the sincerity of the current administration that will not give in to the decision of a particular agency capable of affecting the well-being of Nigerians. According to him, ” The intervention of other government agencies, especially the NNPC, goes to show that the government of President Muhammadu Buhari is always with the people. Previous administrations would have capitalized on the first pronouncement to inflict immediate hardship on Nigerians.”