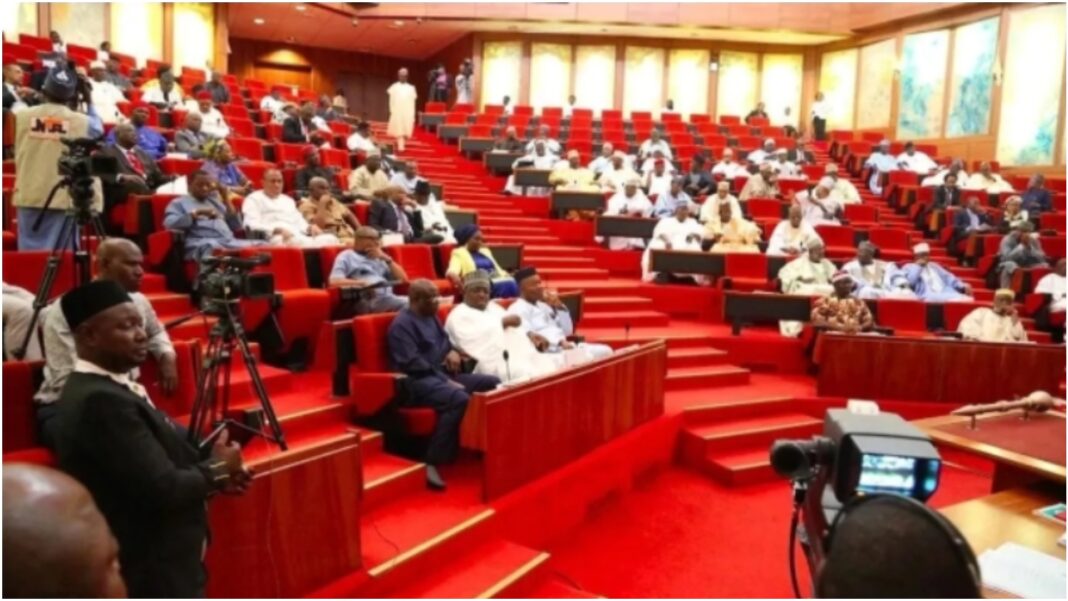 The Chief Justice of Nigeria (CJN), Justice Ibrahim Tanko Muhammad has asked the Nigerian Senate to amend the appellate jurisdiction of the Supreme Court, saying that it has become obsolete by any judicial standard.

He said the appellate jurisdiction of the Supreme Court as contained in the 1999 Constitution as amended would end all appeals coming to the apex court if there was an amendment to it.

The CJN who made the request when the Senate Committee on Judiciary, Human Rights and Legal Matters paid a courtesy call on him said the number of appeals pending and those received so far this year were mind bungling.

Justice Muhammad said not only that the Supreme Court of Nigeria is the busiest apex court in the world, but that despite spiteful remarks, the entire judiciary of the country still remains the best across the globe.

He insisted that the federal lawmakers should amend the constitution as of necessity, timely dispensation of justice and to reduce the stress the heavy burden of appeals are weighing on the justices of the apex court.

‘’Many of us don’t sleep for 12 hours as recommended by stress managers.

“We don’t write judgment merely by stating that so, so so and so cases were filed by this and that, and end it up by saying the appeal is hereby dismissed or upheld. We have to give reasons which are the bedrock of judgment writing.

‘’Nigerian Judiciary is one of the best in the world; and if nobody tells you, I am telling you today.

‘’The constitution enjoins the Supreme Court to have 21 Justices, yet we are having less than that number. We will have to appoint more justices to fill the gap soon.

The CJN also complained of the fund yearly allocated to the judiciary, saying the judiciary is highly underfunded.

‘’If you see the amount allocated to the judiciary, it is far less than what is given to some ministries. Salaries of the judicial officers are also stale for over 12 years running, and I hope you would look at all that’’, CJN told the visiting senators.

In his remark, Chairman of Senate Committee on Judiciary, Human Rights and Legal Matters, Senator Michael Opeyemi Bamidele said both the Senate Standing Orders, 2015 and the 1999 Constitution empower the Committee to oversight the Federal Judiciary.

He said as a matter of tradition, Committee usually pays the CJN, as the Head of the Judicial Arm of Government, a courtesy call.

‘’We are here today to keep faith with the time-honored tradition of the Committee’’.

Senator Opeyemi disclosed that all the 14 members of the committee are lawyers and that their names contained in the Legal Practitioners’ Roll of the Supreme Court.

He said it is a homecoming, and indeed to interact and familiarise themselves with the CJN in order to find out the progress made by the judiciary so far as well as the challenges facing the Judiciary.

‘’This, no doubt, would enable us to make appropriate legislative interventions in times ahead, for the betterment of the Judiciary.

The committee chairman noted that the Judiciary plays a very crucial role in the sustenance and deepening of democratic core values and that they would, therefore, make necessary interventions to strengthen and guarantee the independence of the Judiciary.

He said the Committee would make appropriate legislative interventions to ensure proper funding for the Judiciary.

‘’The Committee would work in collaboration with the Judiciary to review laws and embark on reforms – including the amendment to the Constitution – to ensure effective and efficient administration of justice’’.