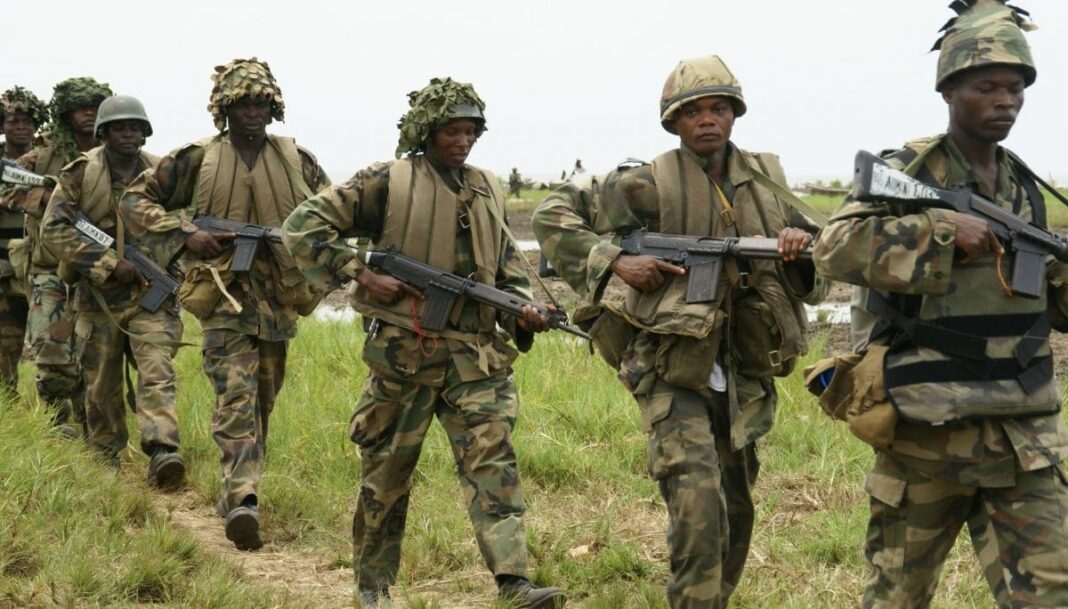 The Nigerian Army today held a religious enlightenment seminar aimed at countering violent extremism in Yobe State, the Northeast and Nigeria in general.

Themed ‘Countering Insurgency and Violent Extremism in Nigeria Through Authentic Religious Enlightenment “, the event brought together religious leaders, traditional rulers, civil society organizations, security operatives and political office holders among others from within and outside the state under one roof to present authentic narratives countering the extremists’ ideology.

Director of Islamic Affairs of the Nigerian Army, Brigadier General Shehu Garba Mustapha said the religious enlightenment seminar cannot but come at a better time than now and cannot be farfetched from the fact that insurgency and violent extremism is one of the greatest hurdles to peace and progress in any society.

“In continuation with the noble effort of countering the wrong religious ideologies, this religious seminar is aimed at producing appropriate narratives to defeat the wrong ideologies used by leaders of the terrorists and vocational insurgents groups to recruit and indoctrinate their followers from the larger society.

” it is also a fallout of the initial program on counter-narrative last year which generates enthusiasm from the clerics and leaders of thought in Maiduguri. But due to the fact that the insurgency by Boko Haram is ideological in nature”, Mustapha said.

The Director noted that the seminar will avail both Islamic and Christians clerics the opportunity to identify religious ethos that British brings all faiths together towards achieving harmonious and peaceful coexistence as a catalyst for achieving national cohesion and developmental goals.

Governor Mai Mala Buni, represented by the Secretary to the Yobe State Government, Baba Malam Wali said violent extremism is propagated incapable and misinformed individuals who have limited knowledge of true teachings of Islam and indeed teachings of Christianity.

“In keeping with this, the State Government is resolutely committed to continuing de-radicalization program which has since been embarked upon by the state Ministry of Religious Affairs”, he stated.

The governor hoped that the participants will take home all the lessons learned and propagate them among their followers towards achieving the desired objectives.

Religious scholars such as the Chief Imam of Yobe Central Mosque, Ustaz Hudu Mohammed, Reverend Emmanuel Morris Dafi and Sheikh Ibrahim Damaturu who spoke at the seminar unanimously agreed that, there is no alternative to peace and that violent extremism can be fought through the true tenets of Islam and Christianity.

They also called on members of the public to join hands with security forces in defeating Boko Haram insurgents ideologically, while also advising for the training of religious scholars on how best to counter and change the wrong narratives of the insurgents.