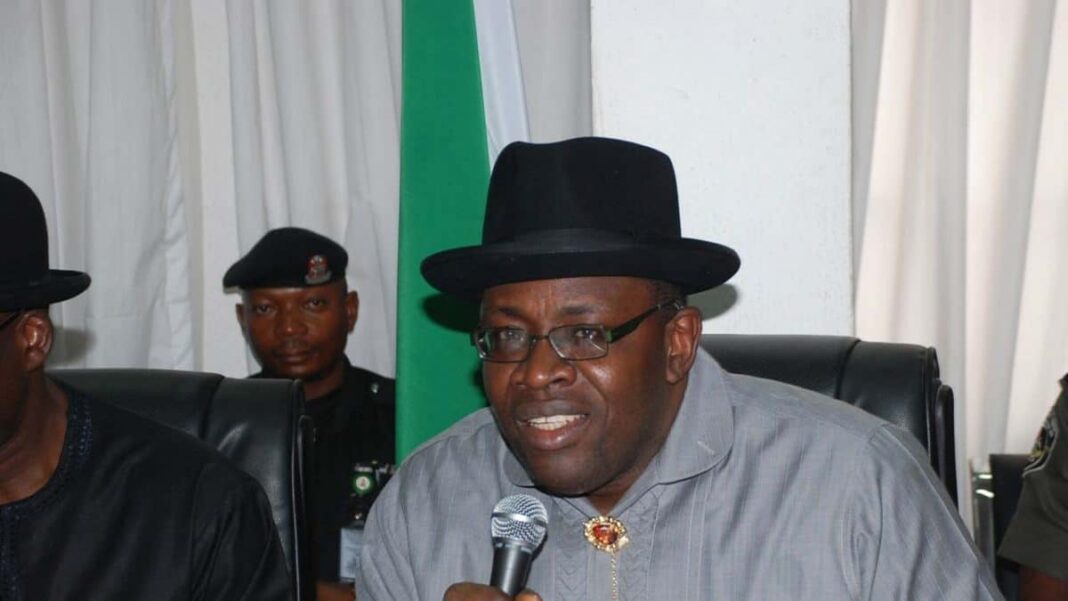 The Centre for Democracy and Change (CDC) has warned the Bayelsa State Govenror, Seriake Dickson against inciting the military and other security agencies to abandon voters in the ongoing governorship election in the state.

The group was reacting to a claim by Governor Dickson that the General Officer Commanding (GOC), 6th Division of the Nigerian Army, was compromising security in favour of the All Progressives Congress (APC).

The Governor had said that, even though Gen. Sarham has been transferred to the Nigerian Defence Academy, Kaduna, he refused to move and waited behind to supervise the use of the Army to perpetrate heinous electoral crimes and irregularities in the Bayelsa guber polls.

Reacting, CDC slammed Dickson, saying he was out to truncate the election that was meant to produce his successor.

Gbenga Badamosi, Executive Director of the group in a statement said members of his team are ground in Bayelsa State and at no time, “did we witness the incidents that the Governor claimed to have occurred. Remarkably, neither local nor foreign observers have made any comment as to the conduct of the election along the line that Mr. Dickson did.”

CDC warned the governor to stop exposing his people to danger with reckless comments.

The statement reads: “Mr. Dickson has taken the unprecedented step of a governor calling for the cancellation of an election even before voting was properly underway. The instances and incidents he is latching onto to make this questionable call have been proven as being blown out of proportion, which raises the question of his motives for attempting to deny Bayelsans of their franchise when they have used the same instrumentality to keep him office for almost eight years.

“Part of the justification for this treacherous call by Mr. Dickson is the lumping together of militias with the Nigerian Army and the Nigeria Police Force, something that has exposed the desperation on his part to have his party’s candidate win the election, possibly in order to install a lackey that will cover his tracks for whatever unacceptable acts he might have committed in his eight-year rule.

“CDC elections observers are on ground in Bayelsa state and at no time did we witness the incidents that the Governor claimed to have occurred. Remarkably, neither local nor foreign observers have made any comment as to the conduct of the election along the line that Mr. Dickson did.

“We are concerned that he made these indicting comments to provoke the army and other security agencies to abandon the electorates to his militias that have been paid to disrupt the vote. There have also been reports that the so-called army and police personnel are the militias that the governor procured fake uniforms for in order to use them for the agenda that he has now fully activated.

“CDC is aware that the presence of legitimately deployed Army and other security personnel is the saving grace in Bayelsa at this electioneering moment as thugs loyal to politicians had made up their minds to destroy our democracy by sabotaging the governorship election.

“We consequently call Mr. Seriake Dickson to order even as we warn that he shall be held criminally liable for any breach of the peace in Bayelsa state arising from his incitement of the populace against military and security personnel on election duty.

“It does not matter whether his party or another political party wins the election because CDC will take this matter up when his immunity expires with his tenure as what he has done is capable of triggering a genocide.”