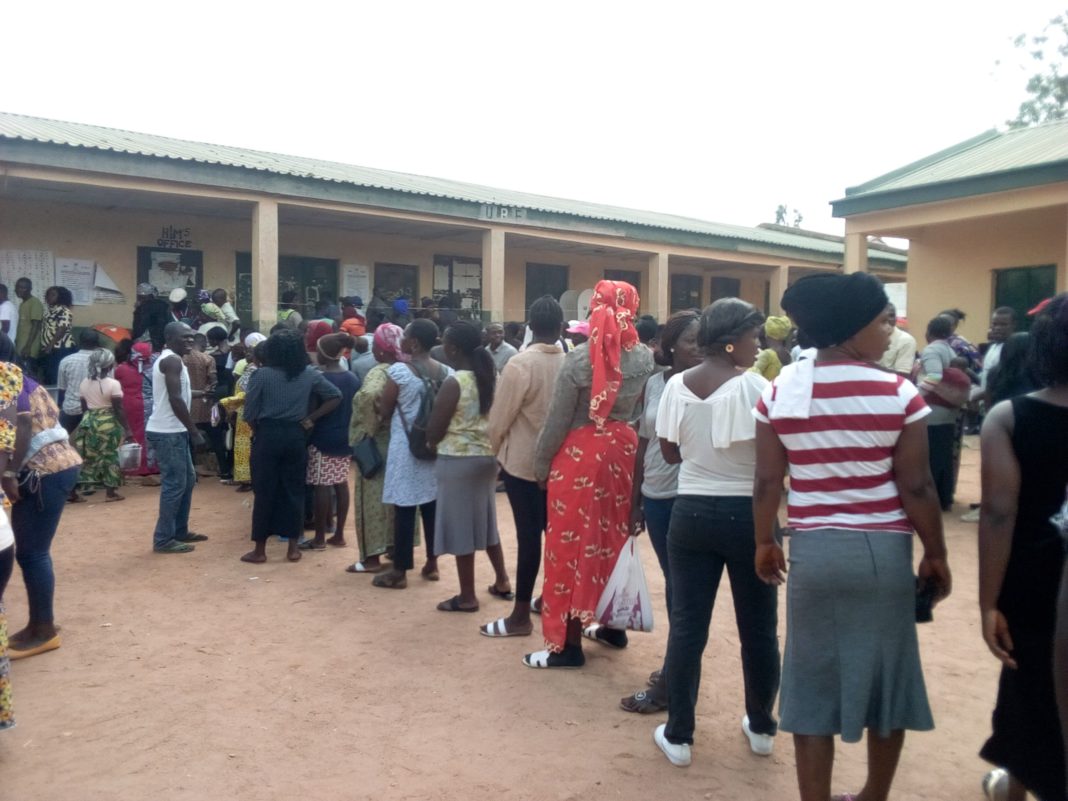 Voting on Saturday protested at the Plateau Hotel polling unit in Jos over the non-availability of a third box at their polling unit.

Some voters who spoke to NAN said that they were not happy about the delay and the incomplete ballot boxes.

Mr Silas Ndam, a voter at the polling unit, said that the presidential box was missing and they were told to go on with the voting.

“I saw the president voting on television this morning, and there were three boxes before him so why will they bring only two to our units,’’ said Ndam.

Another voter, Mrs Hanatu Gimba, said that they were aware of their electoral rights and would not condone any disorganisation.

“By reason of electoral education, we all know we are supposed to have three boxes and not two, and we made it clear to the officials that the presidential box was missing and demanded for it,’’ said Gimba.

Deborah Isah, a voter, who said that she was at the polling unit as early as 4:00 a.m., said the delay was disheartening and uncalled for.

Rachael Sale said that she was at the polling unit at 5:00 a.m. and had yet to see them start up the process.

“In most polling units, they were only given two boxes and they are accepted by the voters but here we know our rights and the fact that the green box was missing,’’ said Sale.

Yahaya Kwande, an elder statesman in Plateau, described the exercise as highly impressive and hopeful.

Kwande said that Nigerians were now enlightened about the electoral process and enthusiastic about voting.

“They had an issue at the polling unit but we were able to sort it out without violence and that is a huge progress,’’ said Kwande.

NAN reports that the green box was later brought in at about 10:00 a.m. and the people queued up orderly to vote for their candidates. (NAN)