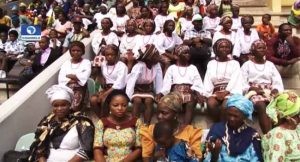 May 27th has been observed as children’s day in Nigeria. The 2017 edition coincides with the 91st global celebration of the rights and well-being of children.

Various activities including rallies and match past by school children were held in different parts of the country, drawing attention to the need for collective action against child abuse.

In line with this year’s theme which hinges on child protection and the sustainable development goals, UNICEF has called for urgent action to adopt the Child Rights Act and to heed the President’s call to end violence against children.

It is reported that millions of Nigerian children suffer some form of physical, emotional or sexual violence.

In Kogi State, the government also called on parents and other stakeholders in the affairs of children to intensify their effort in ensuring the realisation of Child Right Law in order to make them useful in the society.

The Deputy Governor of the state, Simon Achuba who made the call during the children’s day celebration in Lokoja, the State Capital said it is time Nigerians should complement government effort in protecting children against vies that are inimical to their future.

Also in Ondo State, the Governor, Oluwarotimi Akeredolu appealed to parents, teachers and guardians to avoid being violent before their children so that they don’t grow up to become violent in future.

Furthermore, he residents that both the federal the state governments are taking bold steps in ensuring that the rights of the children are adequately protected.

In Lagos state, the Governor, Akinwunmi Ambode reassured Lagosians that his administration would do everything possible to ensure that the six pupils of the Government Model College, Igbonla in Epe who were kidnapped in the early hours of Thursday, are rescued unhurt.

According to him, the children’s day celebration would not be complete without rescuing the innocent pupils.

Ambode, therefore, noted that top security arrangement was on course to guarantee their safety, pledging that his government would stop at nothing to ensure that kidnapping and other criminal activities are put to an end in schools.

Meanwhile, in Edo State, the government says it will from September 2017, commence the use of computers and tablets for teaching students, as part of measures to improve the educational standard of public schools.