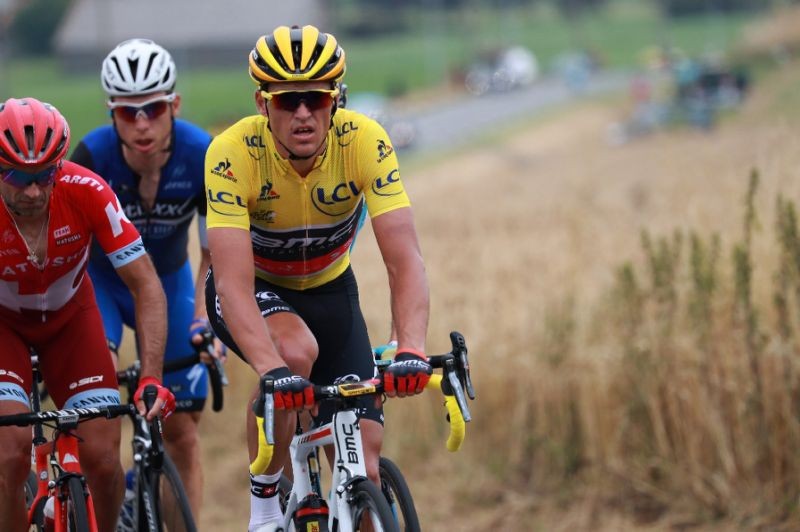 Italy’s Vincenzo Nibali ended the hosts’ wait for stage glory in the 100th Giro d’Italia on Tuesday as race leader Tom Dumoulin struggled to retain the pink jersey after a desperate toilet stop.

Nibali, the two-time and defending champion who rides for Bahrain, held off Spanish rival Mikel Landa (Sky) in a two-up sprint at the end of a climb-heavy “Queen” stage to hand the Italians their first victory of the race.

Nibali resurrected his bid for a third “maglia rosa” by moving up to third place overall.

Although 2014 champion Nairo Quintana is just 31secs behind Dumoulin after the Dutchman was left chasing his rivals desperately following an unscheduled toilet stop, Nibali is only 33secs further back at 1min 12secs behind the Dutchman.

“I wasn’t even thinking about giving Italy our first stage win,” said Nibali, after he and Landa raced away from Quintana on the 20km descent to the finish line.

“This is the victory of a complete rider. I had to be consistent from start to finish in a long and difficult stage. I had to be an aggressive climber, a good downhill rider and a sprinter.

“I’m delighted to have won and I’m closer to Dumoulin in the overall standings now. But there are more difficult stages to come and Dumoulin also has a time trial to his advantage in Milan.”

Exactly a week after crushing his rivals with a 10th stage time trial victory that left Quintana nearly three minutes in arrears — boosting his hopes of becoming the first Dutchman to win the race — Dumoulin is now hoping he can survive another tough day in the high mountains.

The Sunweb team leader started the 222 km ride from Rovetta to Bormio, including a climb over the formidable Mortirolo and two ascensions of the Stelvio inside the final 100 km, with a comfortable lead of 2:41 on Quintana.

But his race unravelled in dramatic fashion as the peloton raced through the valley following the first descent of the Stelvio in pursuit of a group of frontrunners.

Stopping by a traffic sign and throwing his bike hurriedly into the grass verge, Dumoulin couldn’t get his cycling bib off quickly enough in a bid to relieve himself.

“I started to feel it in the downhill of the Stelvio and I had to stop,” a dejected-looking Dumoulin said later.

“Back on the bike I decided to fight and draw conclusions after the finish. I’m still in the ‘maglia rosa’ but I’m very disappointed.”

The setback left Dumoulin, already without teammates following a punishing first few hours in the saddle, in a desperate chase to limit the damage.

Given his circumstances, the big Dutchman won plaudits for a gutsy ride up the 13.4 km climb to the summit of the Stelvio from the Swiss side of the mountain.

He crested with a deficit of just over two minutes on Nibali and Quintana, and doubled his efforts on the sinewy downhill before crossing the finish 2:17 down on Nibali.

On Sunday, Quintana thanked Dumoulin for slowing the pace of the peloton when he crashed so he could catch up.

“It was a nice gesture from a big rival and a great person,” said Quintana.

On his way to reigniting his own pink jersey bid Quintana didn’t return the favour.

“It was a very positive day, with really good teamwork,” said the diminutive Colombian. “We knew we could pull back time on the leader (Dumoulin) today one way or another.

“Of course I would have liked to take five minutes but the reality is you often want to do something but doing it is another story.

“But we’re satisfied enough with what we’ve done today.”