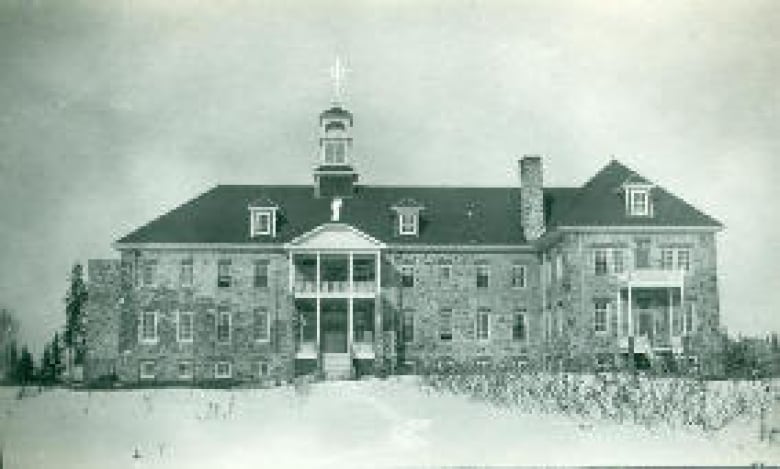 A northern Manitoba First Nation has learned dozens more children died at a former residential school in the community, after previous records had described 30 known deaths.

“It makes you angry,” Monias said, though he said he is appreciative of the diocese for sharing the documents.

The records list the children who passed away and how they died, he said.

“They had written down infants, ‘little boy’, ‘little girl.’ Some they wrote down first names only and maybe a quarter of those had full names attached to them,” Monias said. The information stirred up difficult memories, he said — he was a day school survivor and both of his parents attended residential schools.

The Cross Lake Residential School, about 530 km north of Winnipeg, was funded by the Government of Canada and operated by the Missionary Oblates of Mary Immaculate via the Roman Catholic Diocese until 1962, according to the National Centre for Truth and Reconciliation (NCTR).

Between the 1930s and the 1960s, there were federally funded schools at two locations near the Pimicikamak community — one at Norway House and one at Cross Lake.

The NCTR has listed the names of 30 children who died, including 12 who perished in a fire, while forced to attend the school in Cross Lake. It is unclear if those children are included in the latest document or in addition to.

However, the NCTR says it has so far only processed a fraction of the records it holds.

Archbishop Murray Chatlain of the Keewatin-Le Pas Diocese explained the new information came to light when the Missionary Oblate Sisters of the Sacred Heart hired an archivist to go through their records to find anything related to the residential school that may be helpful to the community.

Band Coun. Shirley Robinson travelled to The Pas to meet with Archbishop Chatlain this summer and pick up the files.

“It’s disturbing, it’s heart-wrenching, it is very sad, it is painful,” she said.

Robinson, who was forced to attend residential school in Dauphin, Man., said it was an emotional meeting and trip home as she pulled off the road to read the records herself.

Robinson’s parents both attended residential schools. Her father was forced to attend a school a province away in Saskatchewan as a young boy, she said.

She says everyone deserves answers and to find these children.

The documents detail how students died and how authorities were notified in some cases, but not families, Monias said.

“In one instance, a boy passed away … he drowned. The parents didn’t get notified until in December when they came to visit the boy at the residential school,” he said. “That was really heartbreaking to read.”

The records only reinforce the community’s plan to conduct searches with ground-penetrating radar to identify unmarked graves of residential school children.

Monias said people have come forward with information on where some burials may be and the First Nation has contacted a company with radar equipment to conduct the investigation.

They have also reached out to the International Commission on Missing Persons to be involved in the investigation, he added.

“We’re not going to rush through this,” Monias said. “We want to do our due diligence to make sure we’re doing it right.”

The community is one of many who have applied for funding from Ottawa for residential school burial searches, but have not yet received any funding or a response.

In June, the Manitoba government also committed $2.5 million to investigating burial sites at former residential schools across the province. It expects to begin allocating funding early in the new year, a spokesperson for the Department of Indigenous Reconciliation and Northern Relations said in an email statement.

An advisory committee of representatives from regional Indigenous organizations, governments and the National Centre for Truth and Reconciliation had its first meeting this week, the spokesperson said.

CBC News reached out to the federal governments for comment, but did not receive a response before publication.

Funding or not, Robinson said the search will go ahead.

“We still want to ensure that these children are buried in beautiful hills … where they can rest.”