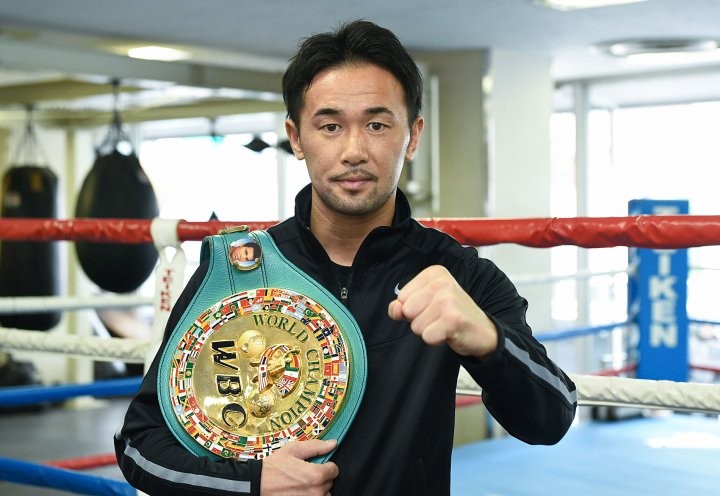 Yamanaka, 34, had made 12 successful title defenses and was bidding for No. 13, which would have tied the Japanese record for world title defenses set by Hall of Fame former junior flyweight champion Yoko Gushiken, who established the mark in 1980.

Although Yamanaka (27-1-2, 19 KOs) got off to a solid start, controlling most of the action for the first two rounds thanks to his steady jab, Nery, the 22-year-old mandatory challenger from Mexico, came on strong in the third and fourth rounds.

Nery (24-0, 18 KOs), who was fighting outside of Mexico for the first time, began to take over in the third round as he landed heavy combinations to push Yamanaka back.

In the fourth round, he continued to pound fellow southpaw Yamanaka with a two-fisted attack. He landed a powerful left hand that sent Yamanaka into the ropes and continued to blast away. He had Yamanaka in tremendous trouble and as he continued to rain punches on him, Yamanaka’s trainer entered the ring to stop the fight and referee Michael Griffin waved it off at 2 minutes, 29 seconds.

On March 11, Nery knocked out Jesus Martinez in the fourth round of a title elimination bout to earn the title shot against the favored Yamanaka.