Kim Kardashian to Makeup Critics: ”You’re Stressing Me the F–k Out!” 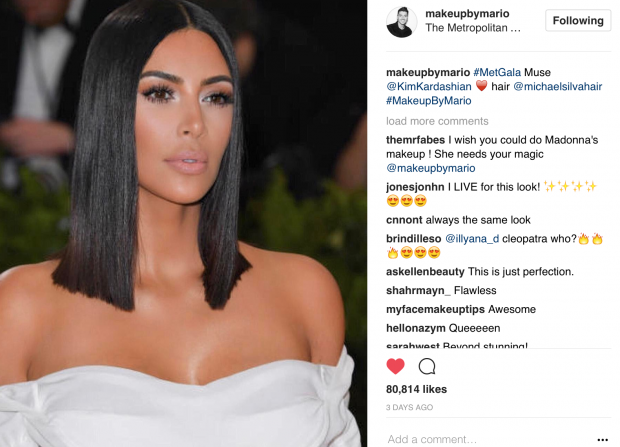 Kim Kardashian is blaming you for her most recent breakout.

The reality star took to Snapchat yesterday to show her fans one of her new KKW beauty contouring palettes. In order to do so, she “swatched” the colors and highlighters on her skin, which received some serious criticism from her fans, followers and even makeup artists like Jeffree Star who all said she was doing it wrong.

“I want you guys to see this pimple here. You’re stressing me the f–k out,” she said, pointing to the pimple on her chin. “OK guys, I get it, I didn’t know how to f–king swatch powders before at the beginning. I’m learning.”

She continued, laughing as she reiterated, “You’re stressing me the f–k out. I’m learning how to swatch. Wait till you get it. You’ll be pleasantly surprised. I’m not worried.”

Fortunately, her makeup artist Mario Dedivanovic was in town to help show her the real swatching technique, dipping two fingers at a time into the palette and rubbing it off on his forearm—something Kim couldn’t help but laugh over.

Meanwhile, Jeffree had tweeted out a response to Kim’s swatching, noting they looked “like chalk.”

After receiving major backlash from the commentary, Jeffree continued to defend his position on Twitter.

“I always give honest, real reviews once I try a product on my face,” he tweeted. “I never look at swatches and make a full review come on…I think it’s important to let anyone grow and learn from any mistake, so stop making everything a circus and relax.”

Kim eventually responded to Jeffree, showing her appreciation and asking her fans to be less “petty.”

“And guys, I see that my fans are totally hating on someone like Jeffree Star for being honest about my struggle swatches but because of his remarks, I’m learning from the best,” she said, adding, “I welcome honest comments about my products and because of it, I’m swatching better now! So everyone get off his ass. Let’s not be negative. There’s room for all of us. Love you, Jeffree!”

Jeffree appreciated her message, writing, “The fact that someone like @KimKardashian can understand and take real feedback is what a REAL boss bitch does. Love you.”

Who knew makeup could cause such a divide and yet bring people together so quickly?!