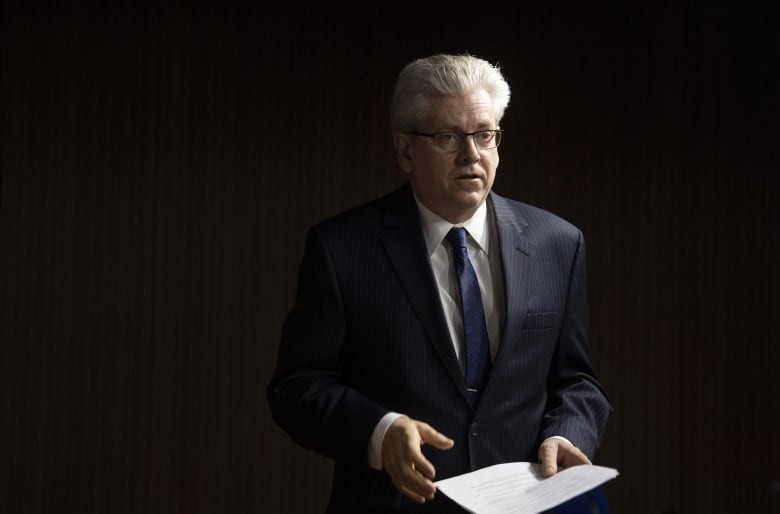 NDP MP Charlie Angus is urging Justice Minister and Attorney General David Lametti to stop the destruction of key compensation claim documents from one of Canada’s most notorious residential schools.

A court order issued by Justice Brenda Brown in British Columbia Supreme Court on May 29 permits the federal government to begin destroying persons of interest reports (POI) that detail abuse allegations against staff and supervisors at St. Anne’s residential school.

The order said Ottawa can begin the process in the new year, but it must be completed by March 31, 2021.

In a letter to Lametti sent on Sunday, Angus said the loss of the POI reports would eliminate key evidence St. Anne’s survivors need in their ongoing legal battles with Justice Canada over their compensation claims for abuse they suffered at the institution.

“Given this seemingly inexplicable refusal to resolve these issues I worry that your officials have stalled and delayed knowing that they will soon have the legal power to destroy the documents prior to the survivors having their day in court,” wrote Angus, who represents the Ontario riding of Timmins—James Bay where St. Anne’s residential school was located.

“I am putting you on notice that if you move forward with the destruction of the documents prior to any resolution of the St. Anne’s issue you will be knowingly participating in an obstruction of justice.”

CBC News reached out to Lametti’s office for comment on Sunday, but has not heard back yet.

St. Anne’s Indian Residential School was run by the Catholic orders of Oblates of Mary Immaculate and the Grey Sisters of the Cross from 1902 until 1976 in Fort Albany First Nation, a community in northern Ontario that sits near the western shores of the James Bay Coast.

The federal government began funding the school in 1906.

In the 1990s, the Ontario Provincial Police investigated claims of abuse at the school resulting in charges and some convictions of former staff.

Documents from the investigation, however, were kept from former students seeking compensation under the Indian Residential Schools Settlement Agreement’s Independent Assessment Process (IAP) until 2014, when the Ontario Superior Court ordered their release.

Ottawa then turned over 12,000 police documents that were heavily redacted.

The IAP was created as part of the Indian residential school settlement agreement to set compensation award levels for survivors who suffered abuse in the institutions.

Since then, St. Anne’s survivors have launched a number of legal actions against Ottawa seeking to reopen compensation cases that were settled before the release of the police documents.

The POI reports contain information about abusers in the school — including clergy, school staff and students — which could bolster compensation claims from St. Anne’s.

Canada has shown no interest in negotiation, survivor says

Edmund Metatawabin, former chief of Fort Albany First Nation, is one of several survivors pushing for the federal government to release documents they say would corroborate their claims of abuse.

In an interview with CBC News, Metatawabin said the school was a hostile place with the intention of changing the character of children to be ashamed of being Indigenous.

Metatawabin also described his eight-year experience at St. Anne’s in his book Up Ghost River, which details students being punished with a home-made electric chair and forced to eat their own vomit.

“We should not commit the same mistakes we committed in the past,” Metatawabin said.

“Those documents will be very important for everybody … In the future, it will be used to make a better society.”

Metatawabin said he keeps hearing that Lametti prefers negotiation over litigation, but said the government has not made an effort to resolve the matter.

Independent counsel David Schulze said he has personally written to Justice Canada lawyers twice to send the case into an alternative dispute resolution.

“The Government of Canada has shown no interest in that,” David Schulze said.

“They have signed off on a series of procedural steps that seem destined to keep this case going for years.”

Schulze is litigating the issue of whether Canada has fully complied with its obligations to disclose what it knew about abusers at St. Anne’s.

If the persons of interest documents are destroyed, Schulze said it “would saw-off the branch we’re all sitting on.”

Most of the individual claim records will not be destroyed by March 31 because they fall under a category called IAP retained documents, Schulze said.

The Canadian government has spent $3.2 million fighting St. Anne’s residential school survivors in court over the last decade, according to figures released by Justice Canada.

Independent Sen. Murray Sinclair, who chaired the Truth and Reconciliation, told host Chris Hall on CBC Radio’s The House that the Liberal government’s legal battle with St. Anne’s residential school survivors diminishes Indigenous rights, and is an example of the federal government not living up to its promises around reconciliation.

If the records were not disclosed and eventually destroyed, Sinclair said, the government would be “participating in the destruction of our national memory.”