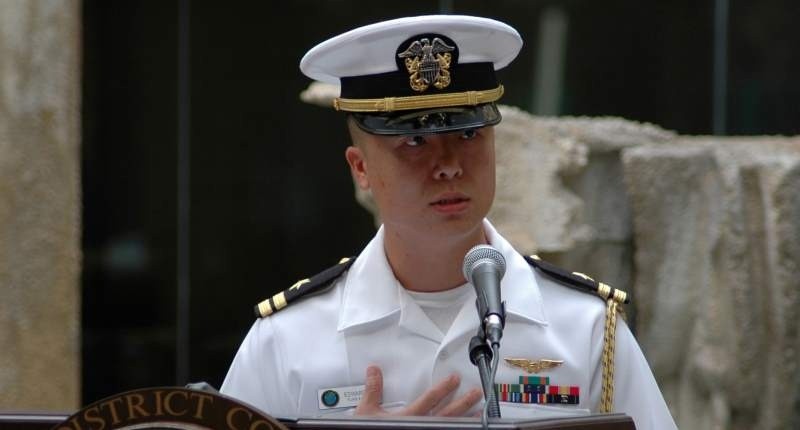 A policeman attached to the Lagos State Police Command Anti-Terrorism Criminal Investigation Department Annex, Surulere, told PUNCH Metro on Thursday that Lucky Nyeke, who was allegedly tortured to a coma by the naval authorities in Apapa, Lagos State, was arrested and detained “purely  on suspicion” that he knew something about arms stolen in the naval armoury in December 2016.

He, however, added that investigation by the police absolved him.

Lucky’s wife, Sonia, also told our correspondent on Thursday that the naval authorities were angry over PUNCH Metro’s January 2016 report when Lucky was first detained. She said they called him to recant the story.

Our correspondent had reported that Lucky, who was attached to the Naval Special Boat Services Camp, Ojo, was first detained in March 2015 for alleged possession of firearms.

A special court sentenced him to six months’ imprisonment, but he was not released at the expiration of the term of the punishment.

After PUNCH Metro reported the case in January 2016, the Ahoada-West, Rivers State indigene, was released from detention and dismissed from service.

Lucky was said to have approached the Femi Falana Chambers, which sued the navy for extending his term of punishment unjustly.

A Lagos court awarded N10m damages against the Nigerian Navy for infringing on the victim’s rights.

He was said to have been handed over to the police in Lagos, who investigated him for his alleged involvement in the theft of weapons in the naval armoury in December 2016.

Despite his clearance by the police, the navy refused to release him.

He was said to have been tortured to a coma and was rushed to a private hospital from where he was transferred to the Lagos University Teaching Hospital, Idi-Araba, due to his deteriorating health condition.

The navy reportedly transferred him to Abuja where he had since been held incommunicado.

Mohammed, in his reaction through the spokesperson for the Western Naval Command, Apapa, Lt. Commander Chinwe Umar, had said the victim was not under his command, adding that he did not have a hand in his ordeal.

A police source, however, told PUNCH Metro that the 33-year-old was arrested based on suspicion.

He said, “He was detained in our cell along with six others. While five of them were serving officers, two of them were dismissed officers.

“From our investigation, there was no proof or evidence that Lucky had anything to do with the stolen weapons. The navy said they suspected him because he came to Lagos around that time. But from the interview I had with him, the visit had nothing to do with the navy. The navy took him from our cell to their base and it was from there that they took him to Abuja.”

Sonia told our correspondent that the genesis of her husband’s travail was when his ordeal was published in The PUNCH.

She said, “When he was sentenced to six months’ imprisonment, and your paper published it, they released him. They asked him to call The PUNCH and deny the report. They told him that if he did that, he would not be dismissed.

“When he asked me what to do, I told him not to recant the story because if he did, they might come at him and dismiss him.

“But I think the greatest mistake he made was suing the navy. I warned him against it. I told him to leave them alone. But he said he wanted to sue them for keeping him in detention beyond the six months. And since the court awarded us the N10m damages, they have not paid the money.

“If navy cannot pay the money, they should please release him. We are interested in his freedom.”

When contacted, the Navy Director of Information, Captain Suleiman Dahun, said the matter was under investigation.

When our correspondent asked if the navy had the rights to detain Lucky as a civilian and if the naval authorities had a court order for the detention, he said, “All I can say is that the matter is being handled through an investigation and when it is completed, you will be told the outcome. The investigation is a multi-agency investigation. He is being tried for terrorism and other related offences. We cannot just be holding him for any puerile reason. We have already received a petition from the Femi Falana Chambers and we are working on it.”

The spokesperson for the Lagos State Police Command, Olarinde Famous-Cole, said he would call back, but had yet to do so as of press time.