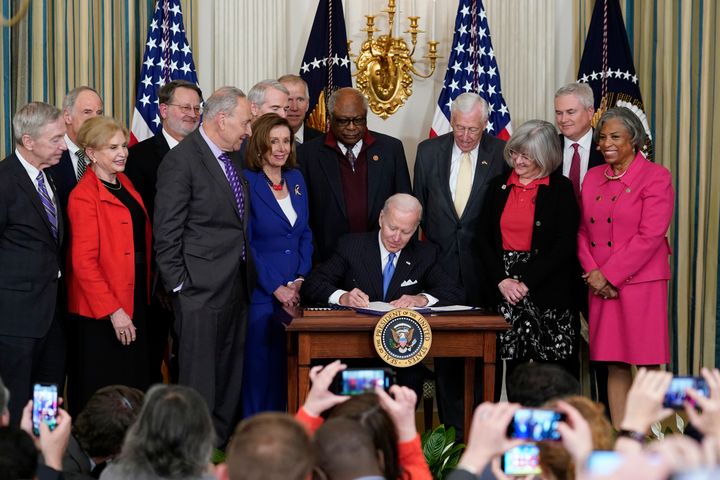 House Speaker Nancy Pelosi (D-Calif.) has tested positive for COVID-19, her chief of staff announced Thursday, adding that she is currently asymptomatic.

“The Speaker is fully vaccinated and boosted, and is thankful for the robust protection the vaccine has provided,” tweeted Deputy Chief of Staff Drew Hammill.

Reporters were awaiting a news conference with Pelosi at the U.S. Capitol when they received word of her positive test just before 11 a.m.

Pelosi on Wednesday had attended a signing with President Joe Biden and Senate Majority Leader Charles Schumer (D-N.Y.), among others, at the White House. A day earlier, she attended a similar signing attended by Biden, Vice President Kamala Harris and former President Barack Obama.

The majority of those pictured attending both packed events were not wearing masks, with the White House lifting a mask mandate for fully vaccinated individuals on March 1

News of Pelosi’s positive test follows a number of other confirmed cases among high-profile White House officials in recent days.

Attorney General Merrick Garland and Commerce Secretary Gina Raimondo on Wednesday both tested positive for the virus. Garland and Raimondo had attended a dinner Saturday in Washington that has been linked to several other positive cases, including Reps. Adam Schiff (D-Calif.) and Joaquin Castro (D-Texas).