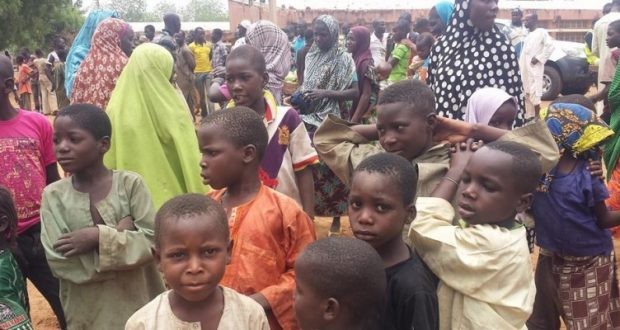 The Nigerian Air Force (NAF) says it has commenced surgical intervention scheme for the Internally Displaced Persons (IDPs) in Bama, Dalori and Banki camps, all in Maiduguri, Borno.

Air Commodore Olatokunbo Adesanya, Director of Public Relations and Information, NAF Headquarters made this known in a statement in Abuja on Sunday.

Adesanya stressed that the scheme became obvious following the recent series of medical outreach programmes organised by NAF in those camps.

The director explained that the scheme covered general surgery, obstetrics and gynaecology as well as ophthalmology.

“The first set of surgeries, mostly eye surgeries, being the most prevalent, was performed at the Medical Centre of NAF 105 Composite Group, Maiduguri on July 8.

“The scheme, the brainchild of the Chief of the Air Staff (CAS), Air Marshal Sadique Abubakar, is to enable NAF assist the IDPs displaced from their ancestral homes by the insurgents.

“The NAF’s soft power approach in fighting insurgency in addition to its military campaign has impacted on the IDPs and has given them a sense of belonging,” he said.

Adesanya quoted NAF’s Chief of Medical Services, AVM. Saleh Shinkafi as saying that the scheme was part of NAF’s humanitarian services to IDPs and  to provide the IDPs opportunity to have normal and productive lives again.

According to Shinkafi, about 300 surgical cases are initially outlined for the seven-day programme,adding that the scheme will cover 100 IDPs in Dalori, Bama and Banki camps.

He, however, said that there were indications that up to 250 IDPs in Banki required surgical interventions, adding that the period of the exercise might be extended to cater for the additional needs.

The  NAF has organised medical outreach programmes in many IDPs camps in the North-East, and established emergency hospitals in IDPs camps.

It has also provided surgical interventions to tackle surgery related cases in IDPs camps and of late, provided meals to primary school pupils in Dalori and Bama IDP camps.