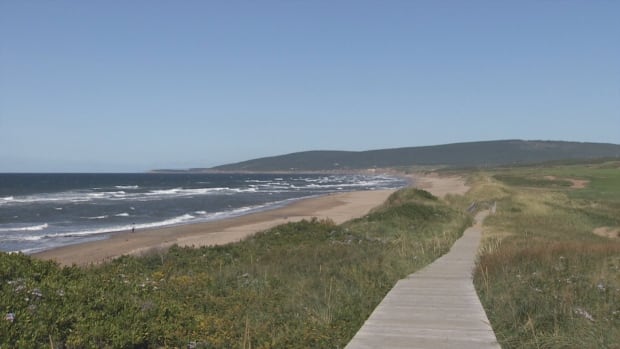 RCMP in Nova Scotia say a 22-year-old woman has been airlifted to hospital with serious injuries after being bitten by what is believed to be a shark in waters off Cape Breton.

Sgt. Andrew Joyce said the incident happened at about 5 p.m. on Friday, about half a mile west of Margaree Island, which is off the coast of Cape Breton near Saint Rose.

“What was going on here is that the parties were having an outing on the water and were swimming from the boat,” Joyce said in an interview Friday evening.

He said the woman is from Cape Breton.

Maj. Mark Gough, a spokesperson for Maritime Forces Atlantic, said his office is also aware of the incident.

He said people on scene saw a back fin, which is why it’s believed the bite was caused by a shark.

Gough said after being bitten, the woman was taken to shore by boat to meet first responders.