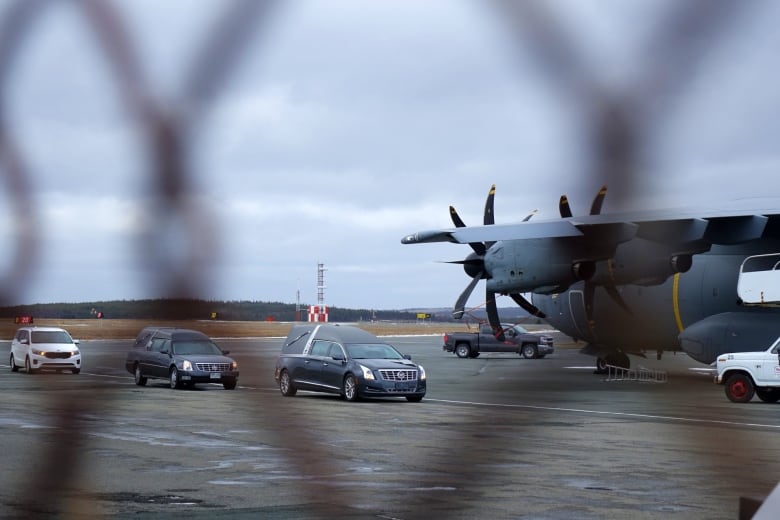 Government officials from Spain and Newfoundland and Labrador will meet Tuesday to discuss ways to honour the 21 men lost in the sinking of the Spanish fishing vessel Villa de Pitanxo off the coast of the island last week.

Spanish Ambassador to Canada Alfredo Martínez Serrano came to the province Saturday to repatriate the nine bodies recovered after the sinking. The bodies were delivered to a Spanish military plane at St. John’s International Airport Monday, which returned them to Spain.

The survivors and remains of five the Spanish crew were greeted on the tarmac of the Lavacolla military base by Spanish Prime Minister Pedro Sanchez around midnight in Spain, according to Reuters.

Although no lives from Newfoundland and Labrador were lost, Premier Andrew Furey said the incident is one that hits close to home for many in the province.

“We have all been in touch directly or indirectly through history to different tragedies with the ocean. And I think an incident like this opens up a lot of raw wounds for people who have lost loved ones,” Furey said Monday.

“And frankly, it reminds us of our cultural attachment to the ocean as tragic as it can be at times.”

Watching from the tarmac at St. John’s International, Spanish reporter Clara Blàzquez says there are many people in Spain eager for the survivors — and those who were lost — to return.

“The families know that it’s very difficult to find their family alive in the sea, but they need to know that [people] have been looking for them, and to find them even if they are not alive,” Blàzquez said.

“They need to say goodbye and to cry with people that they love.”

The Prime Minister of Spain, Pedro Sánchez, along with family members of the recovered crew members were expected to welcome the plane when it returned to the country’s Galicia province.

“This is the most terrible tragedy in the last 40 years in the fishing sector,” Blàzquez said.  “All the people in Spain are very concerned and very sad about what has happened here.”