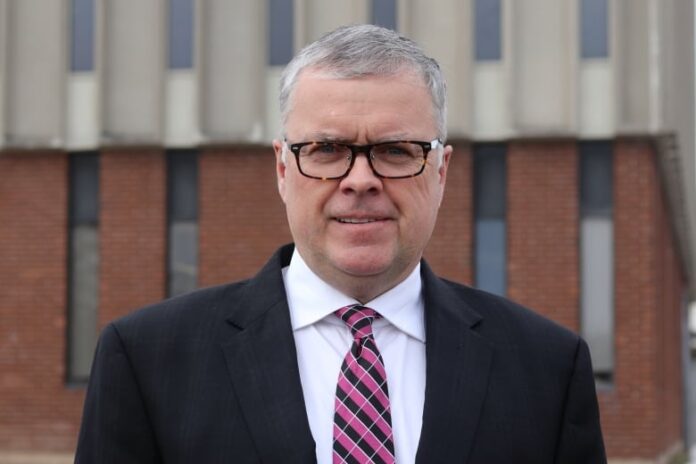 Donna Price struggles to explain the range of emotions she’s gone through after being told her 29-year-old son was the man found dead in the public washroom outside Moncton city hall Tuesday, only to find out hours later RCMP made a mistake.

“I don’t even know how to describe how I’m feeling,” she said. “It’s almost like a numb feeling.”

When officers first informed her and her son’s stepfather David Price, “it was the grieving, it was the emotional trauma, it was sadness.”

They faced the impossible task of breaking the devastating news to their son’s sister, two stepsisters and elderly grandparents. As other relatives made travel arrangements, they started to plan a funeral.

When Price sent someone to her son’s home late Tuesday afternoon to collect paperwork and a few mementos, they discovered “to their shock,” he was alive and well, in his bedroom.

Her son, whom she declined to name to protect his privacy, was equally shocked.

Based on visual identification from photo

“So there’s two different emotions — from a deep grieving to joy but disbelief,” she said in an interview Friday after lawyer Brian Murphy announced the family intends to “pursue legal remedies such as a lawsuit and the complaints commission process.”

Price said their main goal is to raise awareness to ensure “this never happens to another family.”

They allege the RCMP did not follow the usual identification protocols because they believed the man who died was homeless or an addict.

Price said she called police after learning her son was alive, looking for answers about what happened, and the officer she spoke to “wasn’t empathetic or sympathetic.”

Price asked if police had ID when, a mere hour after the body was discovered, they advised her it was her son. “‘Well, we’re not sure. Maybe it was stolen, or maybe’ — like, it was so vague,” she said.

A few hours later, when the officer visited her Dieppe home, where family had gathered, he told her there was no ID. Police had taken a photo of the victim, which was circulated among members and one or more identified the man as Price’s son, who has been homeless in the past and was known to police.

“And that’s how they did it. No fingerprints. No DNA. No nothing,” Price said.

You know, homeless people and addicts, they have families. They have a story.– Donna Price, mother

“What if that body was found maybe in a different area, or it had stripes, or it was very well-dressed — would the same protocols have been taken? I highly doubt it.

“I said, ‘You saw someone that’s homeless. You saw someone you thought that was an addict? Done. ‘Let’s just take a picture.’ And I said, ‘Look at the trauma.'”

Price asked the officer and his colleague if they had children.

“I said, ‘You put yourself in our shoes — the grief, the devastation.'”

At that point, she said, the officer apologized and acknowledged they had “erred.”

“I said, ‘Shame on you guys for not treating it like you would any other person.’ I said, ‘You know, homeless people and addicts, they have families. They have a story.'”

The New Brunswick RCMP “is aware of this matter, and is in communication with family members about this situation related to [its] internal processes,” spokesperson Cpl. Hans Ouellette said in an emailed statement.

“This is not a criminal matter, but may soon be part of a legal process,” he said. “Any evidence pertinent to this matter could be presented as part of a judicial or internal process.”

“The RCMP respects fair and impartial proceedings as part of the legal system. As such, it would be inappropriate to comment on evidence or other aspects that may be part of judicial or internal proceedings.”

Price said her family is strong and they’ll get through this.

The name of the man who died has not been made public.

Price offered sympathy to his family and friends and called for more resources for the homeless and addicts.

“Housing is crucial,” she said.