A logging truck smashed through their building. Now they’re struggling to rebuild their lives 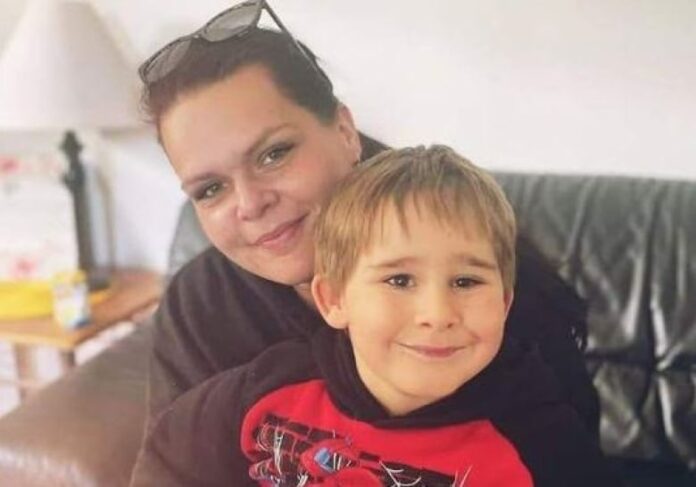 “It was the scariest night of my life,” said Palmer.

She remembers hearing the popping explosion of an electrical transformer a split second before the logging truck careened through the building below her.

“I heard him hit the house and I thought there was an earthquake.”

The single mom said she raced to ensure her five-year-old was OK. Then she looked outside to see a large transport truck had lodged itself into the apartments below hers.

The impact scattered siding and insulation throughout her yard and twisted the building’s frame.

“My neighbour was at her door with her two babies, screaming,” said Palmer. “They were trapped in their apartment. The door had shifted and they couldn’t get out, so I busted their door down.”

WATCH | A logging truck was pulled out of an apartment building after a spectacular crash: 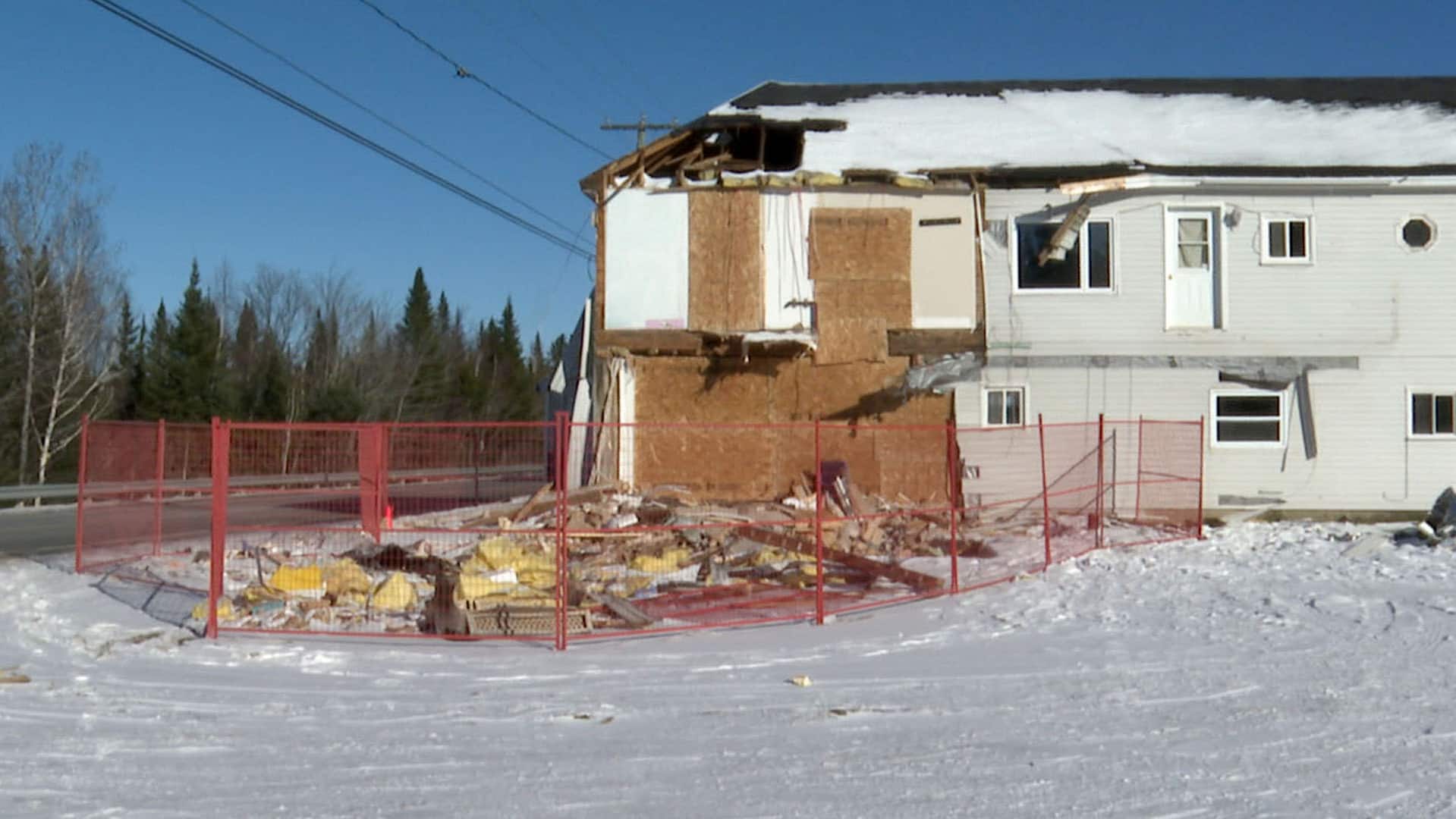 Then and now: The scene of a logging truck crash in N.B.

Last month, 12 residents were forced to move after a logging truck smashed into an apartment complex on New Brunswick’s Route 8

No one was killed that night, but every day since has been a struggle for the 12 people who once lived there.

Palmer says she lost nearly everything she owned that night. When daylight came she was able to get back inside to gather up some clothes and find her son’s baby book. She was also able to find her cats, and they all moved into her parents’ place.

“Red Cross showed up the next day,” said Palmer. “There was nothing they could do. The trucking company hasn’t reached out, and I did get my damage deposit back from my landlord, but that was it.”

But despite that, Palmer considers herself lucky to have since found a new apartment nearby.

Andrea Munn also feels she’s been lucky. When that logging truck hit the building, it drove her living room into her ceiling. It was her front door that Palmer had to kick down in order to free her, along with Munn’s husband and two young children.

She said the weeks since the crash have been “day to day.”

“It’s been chaotic,” said Munn. “Chaotic, but OK … in a weird way, kind of. I don’t know even how to describe it, honestly.”

She and her family have had to move in with her in-laws. She does have tenants insurance, but expects it will be a long time to sort out the claim and find a place of their own.

“I didn’t expect anything from the trucking company itself, or from the landlord’s insurance, because their liability is towards their building,” said Munn.

She says it’s been a challenge explaining to her eldest son that “our house is broken.”

“He just … stopped asking to go home because he realizes at this point that there is not our old home to go to, but that we live with someone else now,” said Munn. “For the most part, I think [the children] are doing really well.”

Munn says most of the assistance they’ve received has been from local churches and the Lions Club in Boiestown.

She worries about finding another place to stay, given recent rent increases in New Brunswick. She expects they’ll be living with her in-laws for at least a few months.

“We’re just praying and hoping that God will come through with something for us soon,” said Munn.

Shelby Dorcas was watching television in her ground floor apartment when her power went out a second before “it felt like a plane crashed.” Photos jumped off the wall and she says she instinctively covered her face as the logging truck came within a few feet of crashing into her living room.

Although the truck didn’t end up damaging her apartment, the power surge destroyed everything electronic, including the television she’d been watching.

She was forced to move out the next day.

“It’s been rough,” said Dorcus. “It’s a weird thing. You feel lucky to be alive, but at the same time it’s the worst thing ever.”

Dorcas said she was able to get some money for food from the Red Cross, and donations from the churches and Lions Club have helped. She moved in with her mom for a while before finding a place to rent until spring.

But she dreads having to compete for a new apartment.

“I feel like in May it’s just going to be the same thing over again,” said Dorcas.

When contacted by CBC, one of the trucking company co-owners described the situation as an accident and that they too were struggling.

“I wish it didn’t happen,” said Susan Willis, co-owner of J. A. Willis Contracting who owned the logging truck. “It was an accident.”

Willis says the truck was destroyed and was “literally in pieces.” An insurance claim is underway.

She said she’s amazed the driver, an employee of her company, survived the crash..

The logging truck was only pulled from the apartment building last weekend. The structure is still standing alongside Route 8. A portion of it was demolished and the remainder has been boarded up.

“I did contact the driver the day it happened and just said I’m glad he was okay,” said Dorcas.

“It’s a traumatic experience for everybody.”