Mystery Restaurant Accidentally Leaks Notes About Its Guests–and the Results Are Hilarious! 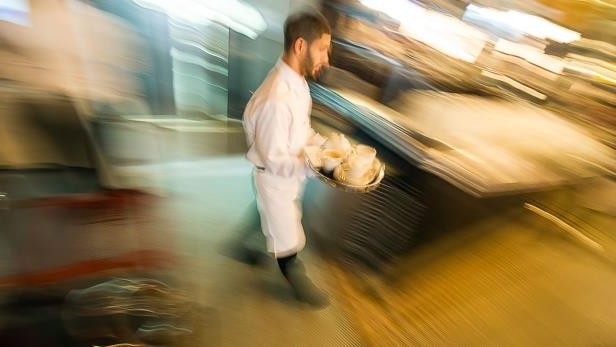 Think A-listers really have the ‘in’ at the most exclusive Hollywood restaurants? Think again.

Restaurants across the globe are known to use systems like OpenTable which allow guests to make reservations, but most importantly, lets the restaurant create notes about their guests.

Most restaurants would assume these notes would never get out, until now. Hannah Goldfield, an author for The New Yorker, was accidentally sent a spreadsheet from a mystery restaurant with over 30,000 entries about their never-ending A-list guests. She posted to her Twitter revealing what she had just discovered and the thread has become viral: “Soothing my anxiety by slowly savoring this spreadsheet of notes on customers that a restaurant accidentally attached to an email blast.”

Soothing my anxiety by slowly savoring this spreadsheet of notes on customers that a restaurant accidentally attached to an email blast pic.twitter.com/X4oXBXPqpY

Some of their A-listers include Ryan Seacrest, The Nanny Fran Drescher and X-Files star Gillian Anderson. They even talk about people such as Meryl Streep‘s nephew, Danielle Steel‘s daughter, the accountant for Ricky (from Ricky’s), and a production assistant who “thinks he is more important than he really is.”

The spreadsheet consistently refers to guests being “86’d”, and you know what that ultimately means—they’re not welcome back!

What are some ways to get you on the 86’d list? Tear a piece of the couch off from one of the tables:

Throw glasses at the bartender:

And definitely make sure to BEWARE of Gina!

The restaurant even had to hire a detective to get their A-lister to pay his bill:

The mystery eatery even had a case about someone posing as Will Smith who claimed he had a last minute party of 12 for dinner and when they showed up an hour late, they all were a “bunch of random people.”

One secret celebrity goes as far as giving the code name ‘Schechpman’ to stay unidentified. He walked out on a check back in November with a party of 20. The bill was $2,000 and he didn’t pay until after the cops chased him down.