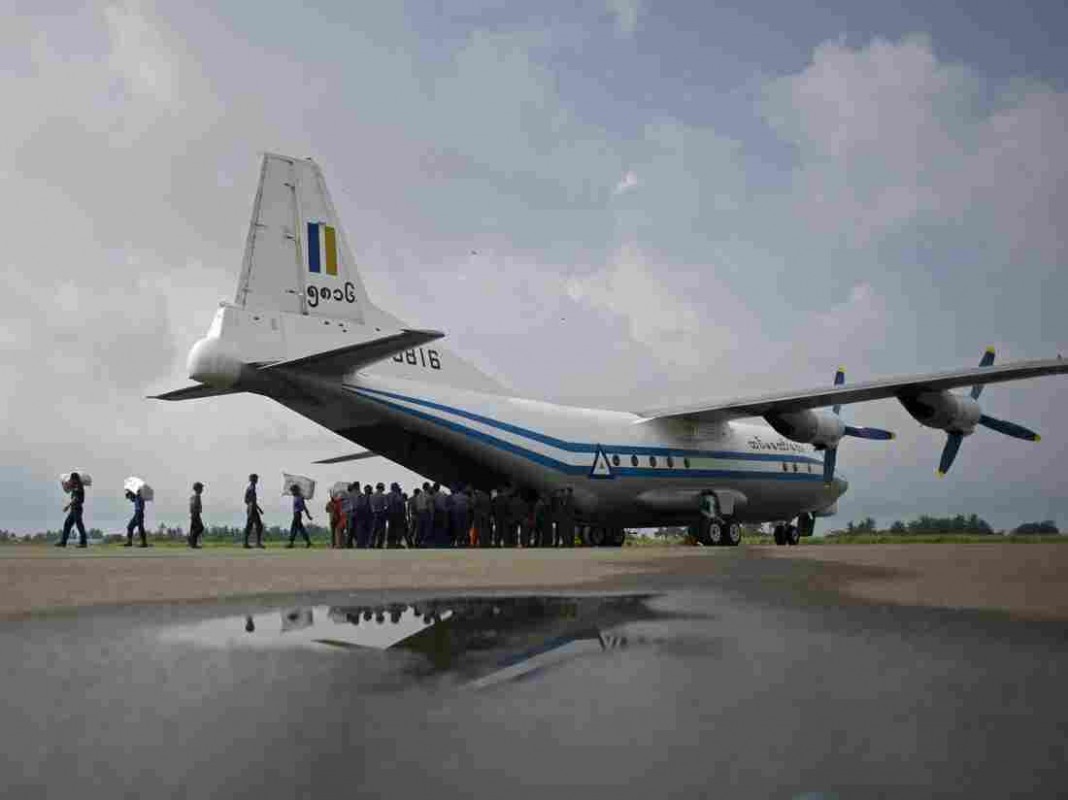 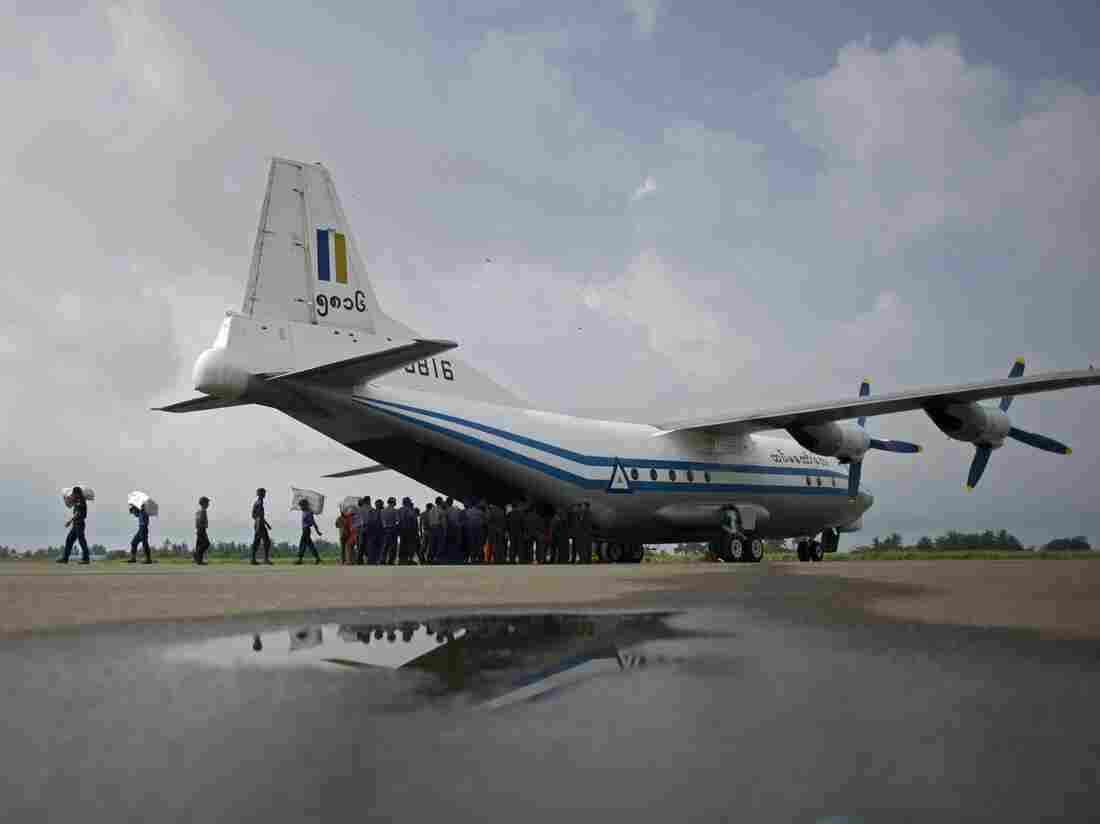 A Myanmar military airplane in 2015, similar to one that went missing on Wednesday carrying more than 100 people. Ye Aung Thu/AFP/Getty Images hide caption

A Myanmar military airplane in 2015, similar to one that went missing on Wednesday carrying more than 100 people.

Authorities provided varying totals of the number of people onboard, ranging from 104 to 122. The route was a typical weekly flight, with scheduled stops at a number of towns along the way, according to Reuters.

Just 29 minutes after takeoff, contact with the aircraft was lost — it was reportedly flying at an altitude of 18,000 feet and was about 20 miles west of the town of Dawei.

The area where the plane went missing is about 440 miles north of where Malaysia Airlines Flight 370 went off radar in March 2014, with 239 aboard, according to the AP.

Gen. Myat Min Oo told the news service that the aircraft was a Chinese-made Y-8 turboprop that had logged 809 flying hours since the military purchased it in March 2016.

And Kyaw Kyaw Htey, a civil aviation official at Myeik airport, told Reuters that visibility had been good and the weather normal when the aircraft took off. Meanwhile, The New York Times reported that residents said weather in the area along the flight path was bad, with pounding monsoon rains.

The military announced that it had launched a search for the missing plane, dispatching six navy ships and three military planes, according to Reuters.

The wire service reports that hundreds of people gathered on the shore near the town of Launglon, close to where the navy was searching. Maj. Gen. Aung Ye Win, the chief of military information, said no traces of the plane or its passengers had been spotted, the Times reports.

As the newspaper notes, Myanmar’s military plays a key role in the government, holding a quarter of the seats in Parliament and controlling three important ministries.