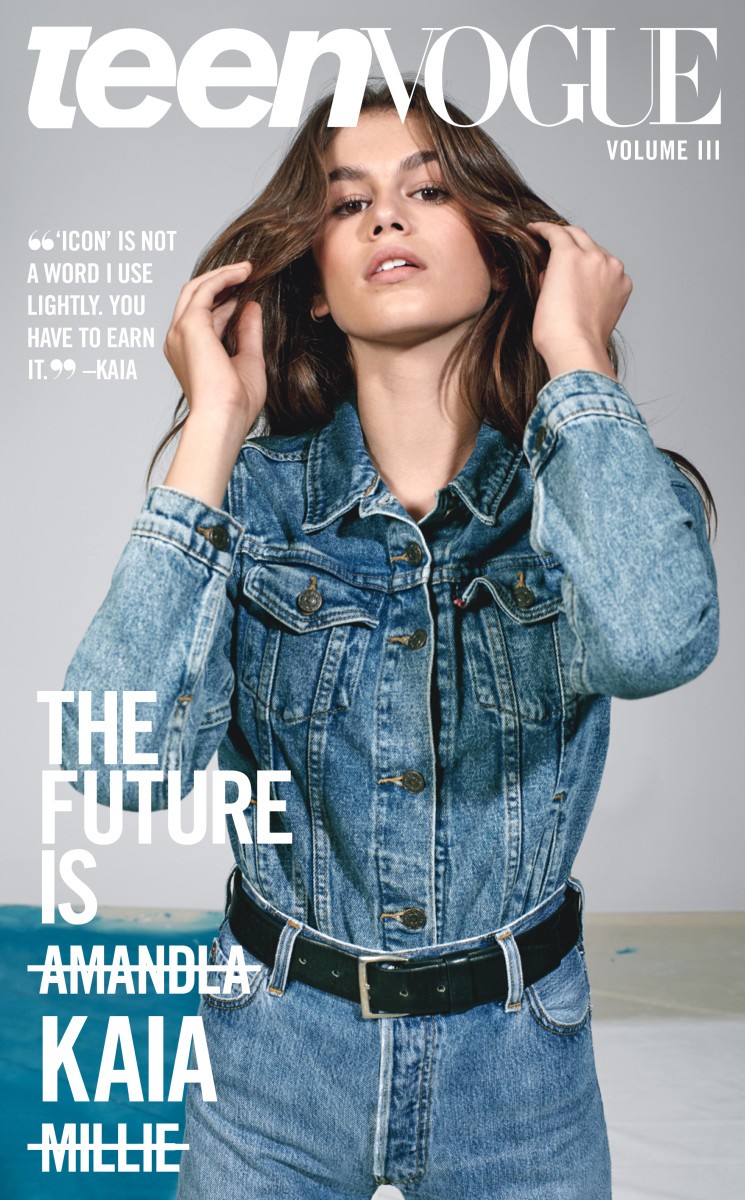 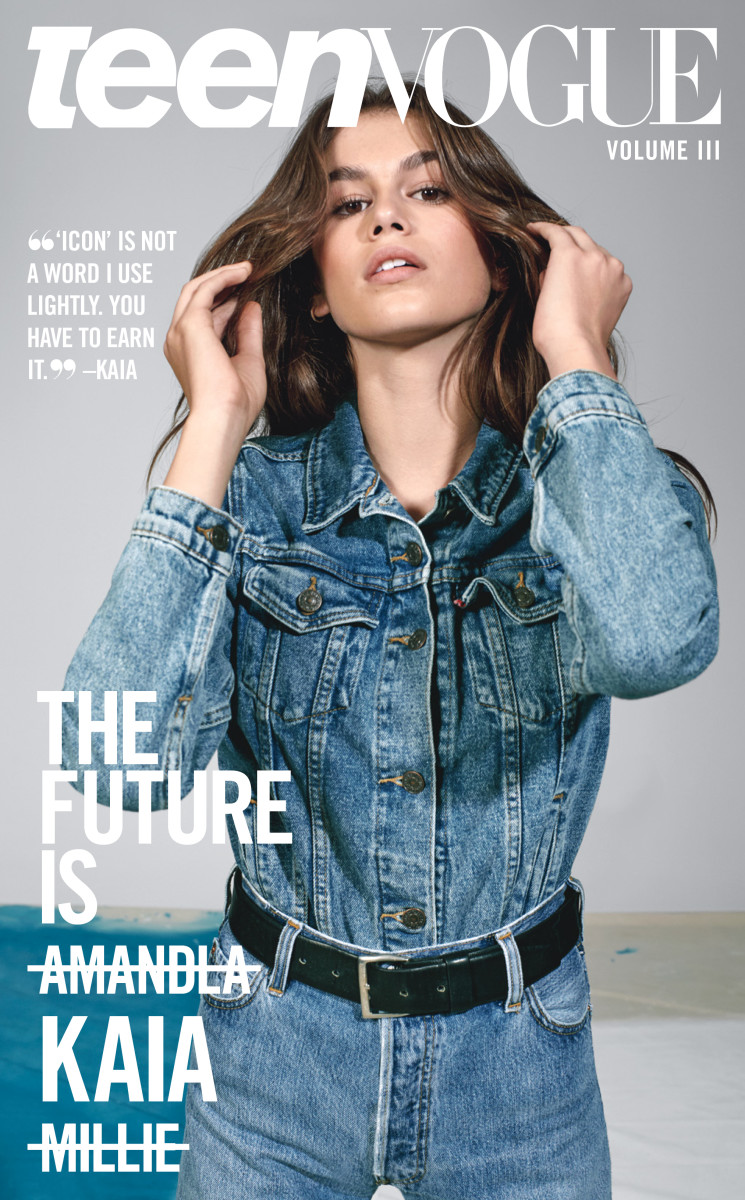 These are the stories making headlines in fashion on Wednesday.

Kaia Gerber covers Teen Vogue‘s Volume III, the icons issueDecked in denim, Kaia Gerber is the second cover reveal for this month’s issue of Teen Vogue. In her cover story, the up-and-coming model and daughter to supermodel Cindy Crawford opens up about wanting to become a role model for young girls, her frequent breaks from social media and growing up with a mother whose face is one of the most beautiful and recognizable in the world. {Fashionista Inbox}

Instagram’s favorite family gets an Acne Studios campaign
Kordale Lewis and Kaleb Anthony garnered global media attention in 2014, when the two Atlanta-based fathers of four began documenting their morning routine on Instagram. They used social media to candidly depict a household run by two gay dads, which inspired the creative director of Acne Studios, Jonny Johansson, to put the men and their children in his new campaign for the brand’s “face motif” collection. Johansson said in a press release that he “wanted to portray households of today, in all constellations.” {Fashionista Inbox}

A first look at The Weeknd’s sneaker collaboration with Puma
Last week, The Weeknd announced a new footwear collection with Puma, which will consist of three drops with the first to be released August 24. The collaboration as a whole will draw inspiration from military and utilitarian gear an the first drop is the “Puma Parallel,” a high-top sneaker-boot washed in a cool-toned tan with bronze accents. {Hypebae}

VP of Pantone discusses color trends and forecasting
Laurie Pressman, the vice president of the Pantone Color Institute, sat down with WWD to discuss the “why” behind color trends and Pantone’s forecasting methodology. She revealed that “for the most part the popularity of a group of colors or color family reflect the age we are living in” — consumer desires, emotions, political sentiments and all. {WWD}

Vogue launches three limited-edition tees for its 125th anniversary festivitiesVogue‘s been hard at work celebrating its 125th anniversary all year, most recently culminating in a mega-watt special-edition September issue with Jennifer Lawrence (and Lady Liberty) on the cover. On Tuesday, the glossy kicked the festivities into high gear, partnering with Rodarte, Proenza Schouler and Hood by Air  on three limited-edition tees in honor of Vogue’s big milestone. (The Hood By Air tee retails for $145, Rodarte for $160 and Proenza Schouler for $250.) {Vogue.com}

How luxury brands optimize their portfolios
Some luxury conglomerates have spent summer wrapped up in mergers and acquisitions: Michael Kors’s acquisition of Jimmy Choo, Coach‘s purchase of Kate spade and Groupe Artémis’s investment in Giambattista Valli are all recent examples, while others — like Richemont and Kering — have spent the past few months debating whether to divest and sell smaller brands. According to BoF, this is because LVMH, Kering and Richemont — along with newer American competitors Coach and Michael Kors — must work on optimizing their assortment of brands, which means selling underperforming ones, as well as making new acquisitions. {Business of Fashion}

Outdoorwear brands seek to combine indulgence with function to meet our demands
According to WWD, fall 2018 trends point to higher consumer demands for “cozy, luxurious knits.” PrimaLoft, which is a material science firm that offers high-performance insulation, fabrics and yarns for brands like Patagonia and REI, hopes to meet those demands. The company is hard at work developing a range of cashmere-blend textiles with enhanced performance features to pair function with luxury for both outdoor and fashion brands. {WWD}