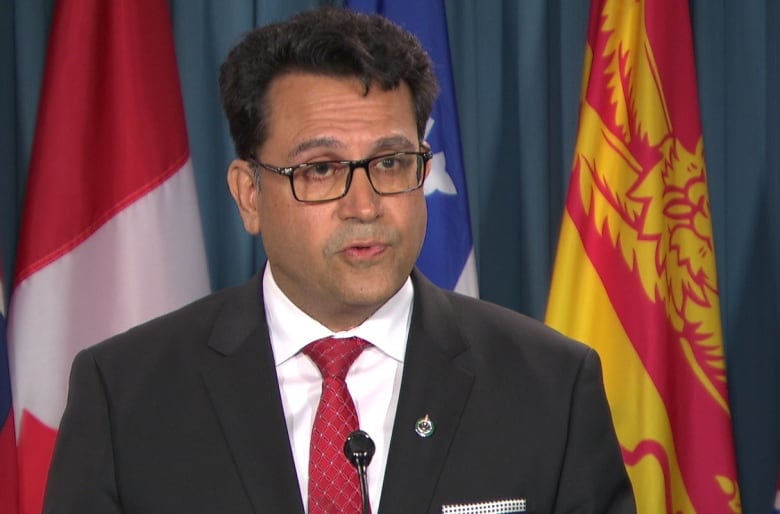 It was called “the greatest freedom show on earth.”

From the Depression era until 1967, annual Emancipation Day celebrations on Aug. 1 drew big acts, such as the Supremes, Duke Ellington and Stevie Wonder, across the U.S.-Canada border to Windsor, Ont..

The festival was popular enough to temporarily double the city’s population and draw politicians and civil rights activists from all over to hear people talk about the struggle for equality.

Now, campaigners are hoping to make Emancipation Day a nationwide celebration. MPs are set to vote on a motion calling on the federal government to recognize the day that slavery was officially abolished across the British Empire.

Motion supported by MPs from all parties

The motion was introduced by the Liberal MP for Richmond Hill, Majid Jowhari.

The motion also calls on the federal government to recognize that slavery existed in British North America prior to its abolition in 1834, and the contributions people of African descent have made and continue to make in Canada.

“It’s about being an informed and inclusive society that is willing to listen to the experience of various ethnicities and cultural backgrounds, and acknowledging the wrongs done in the past,” Jowhari told CBC Radio’s The House.

It also represents years of effort by other MPs and senators — including Sen. Wanda Thomas Bernard, who made a similar push in the Senate in 2018.

Jowhari’s motion was seconded by Alex Ruff, a Conservative MP who represents Owen Sound, where Emancipation Day has been celebrated consistently since before Confederation.

“The root advantage of bringing this motion forward is to make sure we never forget, and at the same time that we educate,” Ruff said.

“My people go back six generations. I am my ancestors’ wildest dreams,” Green said.

“[But] like many Black and racialized Canadians, I am often asked the question, ‘Where are you from?'”

Preston Chase, who was born and raised in Windsor, said “Emancipation” — as locals called the annual festival — drew people of all backgrounds together.

The Ottawa teacher released a documentary in 2020 about the driving force behind the show until his death in 1967 — his own great-uncle, Walter Perry.

“For Black America, it was a break from Jim Crow and a stage for a lot of those civil rights leaders to openly speak,” Chase said, referring to the system of state laws that continued to enforce segregation and condone mob violence against Black people during the Civil Rights era.

“They weren’t worried about being lynched once they actually came to Windsor.”

Chase said he thinks his late great-uncle would be elated to see the motion pass.

Rosemary Sadlier has been a driving force behind the campaign to get Canada to officially recognize Emancipation Day. She said that while Canada was a beacon for people escaping slavery in the U.S., and for civil rights leaders decades later, our own history is marred by racism.

‘Improving the quality of life’

Irene Moore Davis is the president of the Essex County Black Historical Research Society. Her family keeps the largest archive of records and memorabilia from Windsor’s Emancipation Day events.

She said her ancestors — who, like Sadlier’s, came to southwestern Ontario on the Underground Railroad — have celebrated Emancipation Day for generations.

“There were things that were aimed at improving the quality of life for people of African descent,” she said.

“They were also kind of using that day as an opportunity to keep agitating for further rights and for further freedoms, and to deal with the continuing concerns around racism, segregation and discrimination.”

If the motion passes, Moore Davis said, it would “put the weight of Canadian heritage behind marking the occasion” — which could inspire educators, municipalities and community organizations to do something to honour the legacy of African-Canadians.

Sadlier said she has high hopes for the vote.

“I’ve been working on this since 1995. To see it happening now is incredibly satisfying,” she said.

Sadlier’s lobbying has resulted in Emancipation Day being officially recognized by the cities of Toronto and Ottawa and by the province of Ontario. She notes that many other nations already mark Emancipation Day.