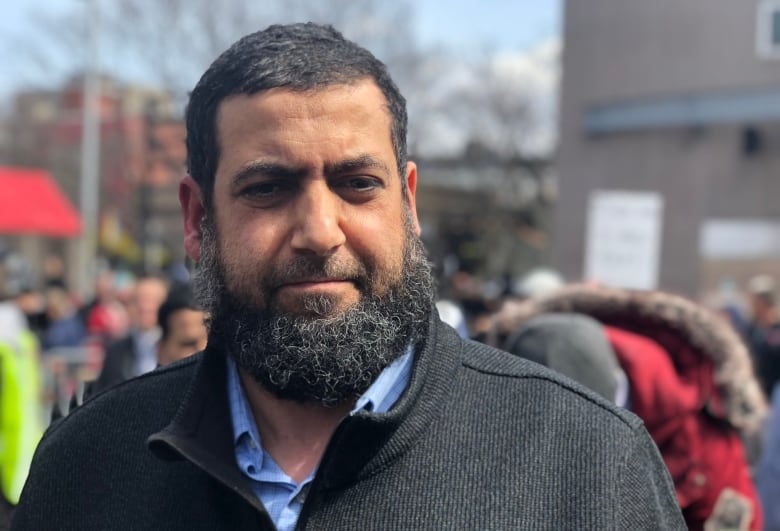 Thousands of protesters gathered in downtown Montreal on Sunday afternoon to protest the Quebec government’s Bill 21 — proposed legislation that would ban some public employees from wearing symbols of their faith.

“Quebec is not France, long live the difference!” protesters chanted in French while clapping their hands and cheering.

Protesters gathered next to the Berri-UQAM Metro station before marching down René-Lévesque Boulevard.

Sunday’s protest is the latest of several events organized since the bill was tabled in late March.

Many community and political groups have voiced opposition to the bill, saying it will reduce religious freedoms in the province.

The government has not released a comprehensive list of all religious symbols that will be covered under the law, but it will include kippahs, turbans, kirpans, headscarves and hijabs.

Suburban municipalities in the Montreal area are speaking out against the François Legault government’s bill designed to enforce religious neutrality of the state.

Quebec City mosque shooting survivor Saïd El-Amari said Sunday that he fears the ongoing debate over secularism in the province will only fuel anti-Muslim sentiment.

“I am here to protest Bill 21 — a law that is racist and Islamophobic,” he said. 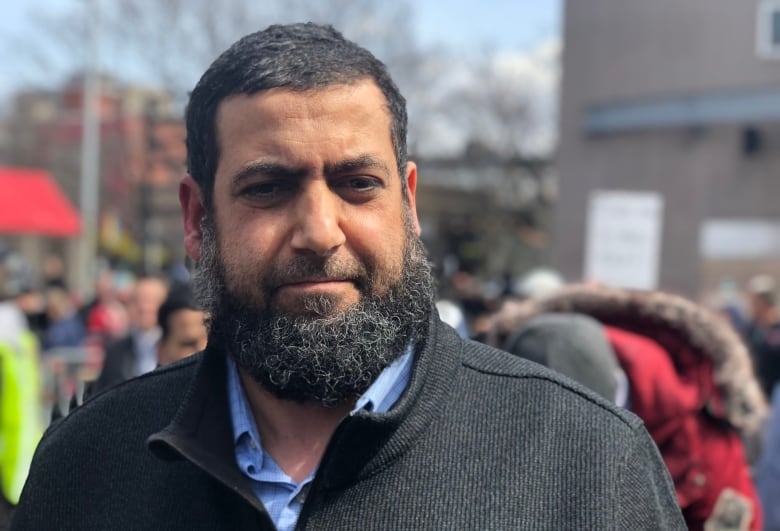 Quebec City mosque shooting survivor Saïd El-Amari said it was important for him to travel from Quebec City for this event, in order to stand up for religious communities. (Simon Nakonechny/CBC)

The text of Bill 21 states that Quebec “attaches importance to the equality of women and men” — an apparent reference to the concern expressed by some people that the hijab, the headscarf worn by some Muslim women, and the niqab, a Muslim veil, are symbols of female inferiority.

“We need to fight for the rights of women to choose,” said El-Amari. “We’re in a free and democratic country and everyone must have the right to wear what they want.”

He said it’s not for the government to force a Muslim woman to wear or remove a garment. 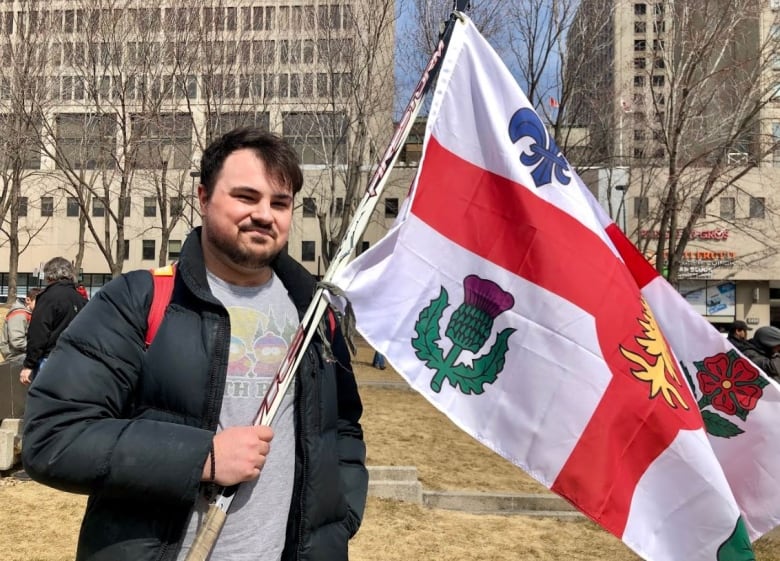 Montrealer Gabriel Engson was at the protest, waving a Montreal flag attached to a hockey stick.

“The issue is urban versus rural,” he said. “Who voted for the [Coalition Avenir Québec]? People that live in rural areas. People in urban areas are OK with diversity.”

Nemia Roque, who brought her daughters, aged eight and 11, to the protest, said she fears the bill could force her children to remove their headscarves if they ever worked in the public sector.

Everyone has freedom of religion, she said, and every person’s religion should be respected. 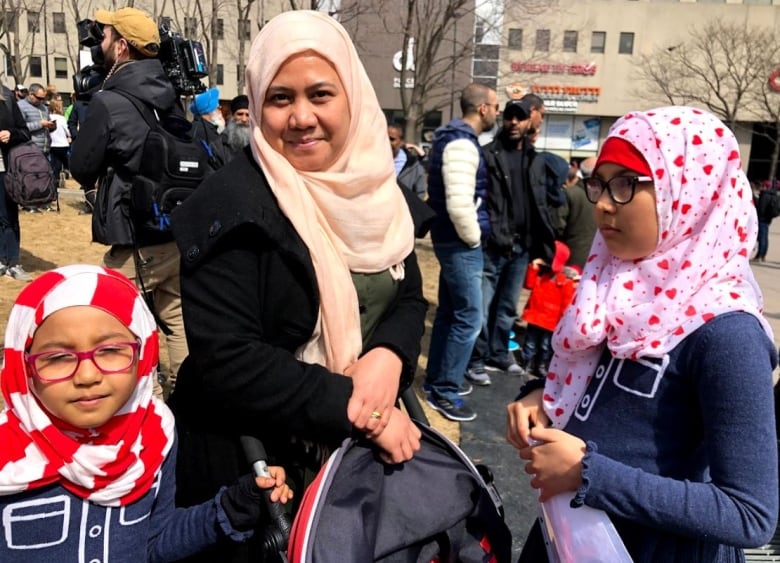 Nemia Roque brought her children to the protest, saying she was afraid what the bill might mean for their future. (Simon Nakonechny/CBC)

Samira Amoui said she doesn’t agree with the proposed bill, even if it wouldn’t affect her own career path.

Like Roque, she said wearing a hijab or a kippa is a private choice that does not disrupt the lives of others.

“We have the right to work and choose where we want to work,” she said. “We are all the same.”

Breaking down the bill

The most contentious section of Bill 21, if made law, would ban public workers in positions of authority from wearing religious symbols.

The bill includes a full list of those who would be affected. They include:

A grandfather clause would exempt some public workers as long as they hold the same job. In the case of teachers, the exemption would only apply for as long as an individual teacher exercised the same function while working for the same school board.