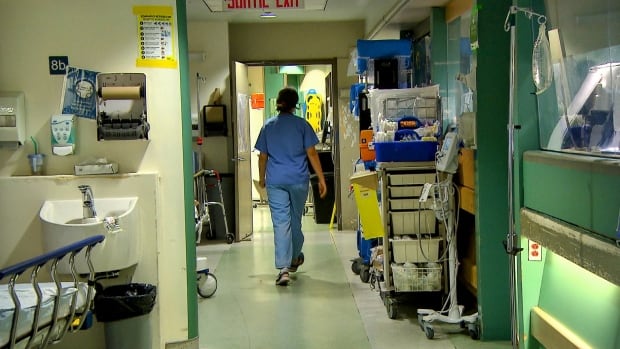 Montreal Public Health is telling health-care providers to be vigilant after two children have died and two others have tested positive for a contagious bacterial infection since mid-November.

All four invasive group A streptococcus (iGAS) infections were in children age two and under, and none had an underlying chronic health condition or a recent case of chickenpox, the agency says in a notice to clinicians on Friday.

The notice encourages medical professionals to be on the lookout for related symptoms and to do proper testing.

“We are seeing an increase in the number of cases in children in Montreal,” said Dr. Geneviève Bergeron, Montreal Public Health’s chief of infectious diseases.

“We want to raise awareness of clinicians so they can diagnose and treat cases appropriately and then report to public health so we can continue our investigation of the situation.”

Bergeron said in Montreal the increase in cases is mainly among children — above average for this time of year, and this is a trend seen globally.

The government of Canada’s website says strep A bacteria is usually associated with mild illnesses such as strep throat and sinus infections.

However, in rare cases, infection can cause more invasive and life-threatening conditions including pneumonia, flesh-eating disease and toxic shock syndrome.

While strep A is more common, it’s these severe forms of infections that are reportable to public health, Bergeron said.

Such infections led to four deaths earlier this year in a private Montreal seniors’ home back in August, and iGAS has been cropping up in Europe as of late, killing more than a dozen children under the age of 15 in the United Kingdom, according to the World Health Organization (WHO).

The WHO says the spike in cases may reflect an early start to the group A streptococcus infection season. This comes at a time when there is also an increase in respiratory viruses and possible viral co-infections. This may increase the risk of iGAS, the WHO said in a statement Thursday.

Bergeron said the recent spike in cases in Montreal could be related to the dropping of pandemic health measures or the increase in viruses like the flu.

“Apply routine practices and additional precautions recommended according to the patient’s condition,” the agency says.

The health agency also encourages clinicians to promote vaccination against influenza and varicella as these infections predispose to iGAS infections.