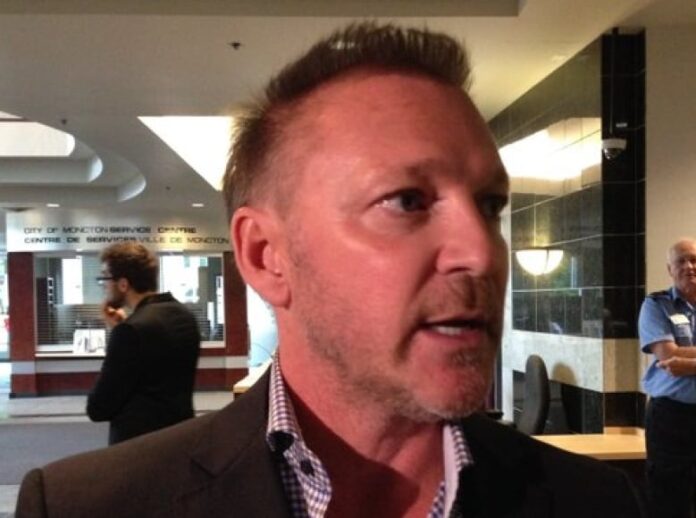 Melanie Wallace and her partner pay $900 per month for their Moncton apartment, but on New Year’s Day the two found a notice from their landlord in the mailbox announcing plans to raise that to $1,750 later this year.

If implemented, it would have been a 94 per cent increase.

“My partner and I looked at it and we were like, this can’t be legal,” said Wallace.

This week Wallace’s landlord, Moncton developer Stephen Gallant, rescinded the increase and in an interview called it poor judgment on his part. He still plans to raise rent on Wallace’s unit to $1,375, a 53 per cent increase.

He and Wallace disagree on whether it is a one or two-bedroom unit, but in Gallant’s view a 94 per cent increase would fairly bring Wallace’s rent up to market rates in Moncton. Still, he said he accepts that 94 per cent was too much to impose at once.

The notice to Wallace, and notices for differing amounts to other tenants in his downtown Moncton building that he also rescinded, signal the start of what could be a tumultuous year for renters in the province.

On Jan. 1, New Brunswick ended a one-year hard cap of 3.8 per cent on rent increases, implemented to protect tenants from excessive price spikes.

Instead, the province is counting on the marketplace, responsible landlords, new rules and more powers for government tenancy officers to help keep rent increases fair.

But with inflation high and vacancy rates low, what landlords will be asking for, and what the province will accept as being fair if tenants object, is not entirely clear.

Leigh Johnson is Wallace’s neighbour in the same building and is facing that dilemma. She initially received a rent increase notice from Gallant of 41 per cent — from $800 per month to $1,125.

“It really shook me,” said Johnson, who works in the service industry.

“We’re just going to keep seeing prices go up and up, and that to me is very scary. This is just another example, like ‘oh my gosh am I going to be homeless next month.'”

Johnson immediately contacted the province’s Residential Tenancies Tribunal to object. She said no one got back to her on that, but on Tuesday Gallant retracted the $325 rent increase on his own, apologised in person for issuing it and replaced it with a rent hike of $175 to take effect next summer.

Johnson is happy with the improvement, but it’s still a 22 per cent increase and she is not entirely sure how to react to that.

New rules allow provincial tenancy officers the discretion to require a landlord to spread an increase over two years if it is double the rate of inflation and over three years if it is triple inflation or more.

But there can be exceptions. If a new, higher rent will still be lower than what other similar apartments in the area rent for, a large increase can be allowed to proceed all at once.

A brief look at Moncton’s current rental market convinced Johnson a 22 per cent increase may still leave her paying less than others in that city. That, and the non-response she got from her initial complaint to the tenancies tribunal has her considering accepting the new amount without a fight.

“It’s cutthroat out there,” Johnson says about renting in Moncton.

Melanie Wallace has a similar decision to make about whether to accept or dispute her 53 per cent rent increase. She said being a renter has become “scary and uncertain” in the last couple of years, especially for those with limited incomes.

Jael Duarte is a lawyer with the New Brunswick Coalition for Tenants Rights.

She said she isn’t surprised by the size of the rent increases being faced by Wallace and Johnson and fears a wave of others like them in the wake of the rent cap ending.

And she has doubts the tenancies tribunal has the resources required to properly police a large number.

“They are overworked at the tribunal,” said Duarte.

“They are already responding slower than before.”

Figures do show applications to the Residential Tenancies Tribunal for help with a rent increase jumped to 44 in December. That’s up 29 per cent from November when the end of the rent cap was first announced.

But Duarte expects that number will grow.

Under new rules, landlords must give six months’ notice of a rent increase and tenants have 60 days to ask the tenancies tribunal for a review, both changes the province says will help tenants in the absence of the rent cap.