Gianna Bryant was one of the victims in a tragic helicopter crash that occurred last month, the crash also kid basketball legend, Kobe Bryant. 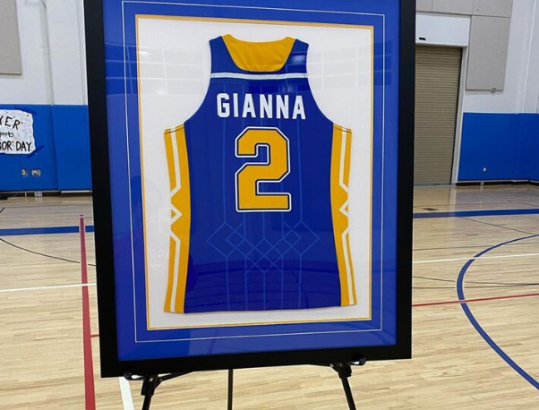 Before her death, Gianna was following in her father’s footsteps as a basketball player and her school, Harbor Day School held a retirement ceremony at the school’s gym to retire her No. 2 jersey.

The photos taken in the school’s gym show a portrait of Gigi next to a table with red and pink flowers arranged to spell out “Gianna.”

The display also included a red floral arrangement of the number 2, for the one Gianna wore on her basketball jersey at the Mamba Sports Academy.

Vanessa also shared videos showing some of Gianna’s classmates singing a song in the teen’s honor. Teachers also shared memories of the 8th grader during the ceremony.