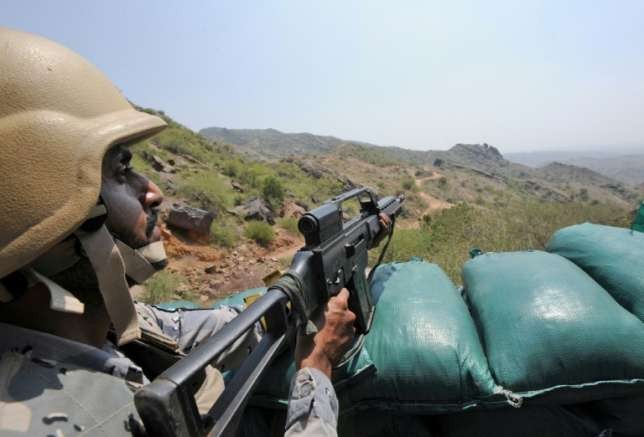 Sunni-ruled Saudi Arabia and predominantly Shiite Iran have been trading fierce accusations over their involvement in the conflict in Yemen, in which they back opposing sides.

In the latest flare-up, Saudi Arabia on Saturday intercepted and destroyed a ballistic missile near Riyadh international airport, reportedly fired from Yemen by Iran-backed Huthi rebels, provoking a bitter war of words.

Saudi Arabia accused Iran of supplying missiles to the rebels. Tehran vehemently denied the charge and in turn accused Riyadh of war crimes in Yemen.

“The involvement of Iran in supplying missiles to the Huthis is a direct military aggression by the Iranian regime,” the Saudi Press Agency quoted Crown Prince Mohammed bin Salman as saying during a telephone conversation with British Foreign Secretary Boris Johnson.

This “could be considered an act of war,” he said.

It was the first reported Huthi missile to reach Riyadh, with smouldering debris landing inside the King Khalid International Airport, underscoring the growing fallout for Saudi Arabia from its involvement in neighbouring Yemen.

The kingdom has led a military intervention in support of Yemen’s internationally recognised government since 2015 during which more than 8,650 people have been killed.

Prince Mohammed, who is also defence minister, is seen as a key proponent of the intervention.

The missile attack could escalate the proxy conflict between Riyadh and Tehran, which back opposing sides in wars and power struggles from Yemen to Syria.

On Monday, the Saudi-led military coalition in Yemen said it reserved the “right to respond” to the missile attack, calling it a blatant military aggression by the Iranian regime which might amount to an act of war.

The coalition sealed Yemen’s air, sea and land borders, saying they were being closed to fill the gaps in inspection procedures that enable “smuggling of missiles and military equipment to the Huthi militias”.

The coalition has imposed severe restrictions on all deliveries of goods to rebel-held areas of Yemen since the start of its intervention, allowing in only UN-supervised relief supplies.

The New York-based Human Rights Watch, which has often been critical of the coalition, on Tuesday blasted the Huthi rebels for the missile attack, saying it was “most likely a war crime”.

The tensions come as Saudi Arabia remains embroiled in the biggest purge of the kingdom’s elite in its modern history.

Saudi Crown Prince Mohammed bin Salman, who is also defence minister, is seen as a key proponent of the kingdom’s military intervention in neighbouring Yemen

Dozens of high-profile figures including princes, ministers as well as billionaire tycoon Al-Waleed bin Talal were swept up in the weekend purge — just after an anti-graft commission headed by Crown Prince Mohammed bin Salman was established.

US President Donald Trump voiced support for the crackdown late on Monday, saying that some of those arrested had been “milking’ their country for years”.

The purge underscores an unprecedented restructuring of the kingdom as Prince Mohammed steps up a dramatic reform drive for a post-oil era while consolidating power before his eventual succession as king.

The commission hinted on Monday that it could widen its crackdown by issuing more arrest warrants and imposing more travel restrictions.