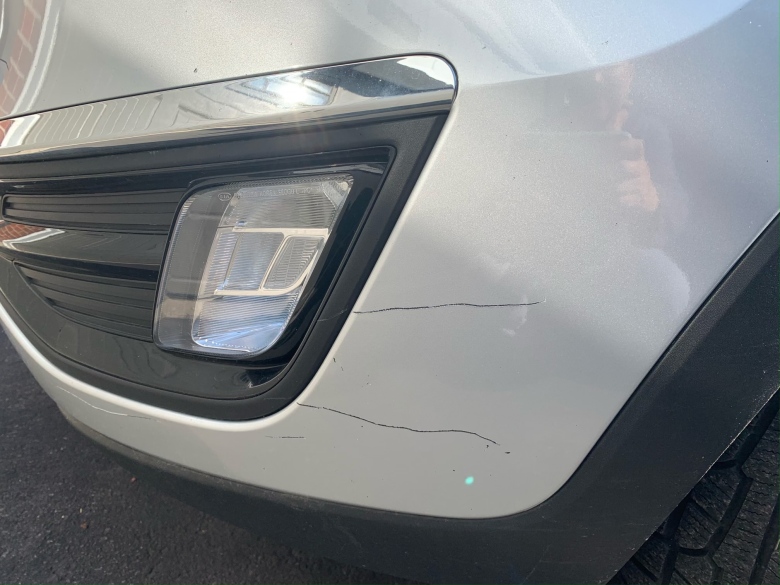 A former Greater Toronto Area councillor says she suddenly resigned last month after her car was repeatedly vandalized and that city officials, including the mayor and the integrity commissioner, didn’t address her safety concerns or fully investigate the alleged culprit.

While Karen Ras won’t say who allegedly keyed her car eight times over two years, CBC News has learned a fellow councillor was identified as the suspect.

“Once I knew I couldn’t get any resolution from the integrity commission, I knew my heart wasn’t going to be in this role anymore because there were no more avenues to seek out,” Ras, who served as a councillor in Mississauga, Ont., for seven years, told CBC News. The city of more than 800,000 is adjacent to Toronto.

“It comes down to personal safety. Was this going to escalate? What was next? And it was just really deflating when there was no recourse.”

The male councillor was allegedly caught on camera by city hall security staff using his key to scratch the paint of the front side of Ras’ KIA SUV in April 2021, according to sources with direct knowledge of the situation.

CBC News has learned the identity of the councillor, and has reached out to him by phone, text and email. CBC News is not naming him as he did not respond immediately to questions about the allegations.

It’s unclear why he allegedly damaged the fellow councillor’s vehicle.

Ras first noticed damage to her vehicle in the spring of 2019, she said. Over the next two years, she documented eight separate incidents. Each time, her vehicle was parked in a private lot reserved for council members.

Ras reported those incidents to police, but nothing came of it until city hall security staff installed a surveillance camera in the garage, the sources said. In April 2021, the camera captured a man who appeared to be a sitting councillor vandalizing her car.

The city said it did receive a report of vandalism in the secure parking garage at that time, but doesn’t comment on “the specifics of security incidents.”

“Since no charges were laid, I am not able to share any specific details in regards to the investigation,” he said.

The councillor allegedly responsible for the suspected vandalism paid about $1,250 for the damages to Ras’s car, which was repaired in August, the sources said.

Ras said that knowing the police investigation had closed, she turned to the city’s integrity commissioner Robert Swayze in late September. He declined to investigate.

Swayze is responsible for investigating complaints about the behaviour of councillors that may violate Mississauga’s code of conduct. He declined to comment on the allegations, citing confidentiality issues, and didn’t respond to a question about whether his office planned to investigate now that police have decided not to lay charges.

Mississauga’s code of conduct states that all councillors must treat one another “appropriately and without abuse, bullying or intimidation and to ensure that their work environment is free from discrimination and harassment.”

“Yes, she was aware of what was going on. I think there are opportunities for our leaders to try to build a more conciliatory environment,” she told CBC News.

CBC News asked Crombie if she was aware of the incident and what, if any, action she took in response.

In a statement, a spokesperson for Crombie said the mayor became aware of an “alleged incident of vandalism” in the spring of 2021 and co-operated fully with the investigation. She declined to comment further.

Initially, Ras released a statement on Jan. 17, saying she’d vacate her seat 11 days later because, in part, of online abuse and workplace issues.

In her interview with CBC News Tuesday, Ras said she decided to share more details publicly after receiving messages from other female politicians and political staff thanking her for her statement.

“If we want to get more women into these roles, then something needs to change,” Ras said.