Miranda Kerr’s Road to the Altar: How the Supermodel Found Her Happily Ever After With Evan Spiegel 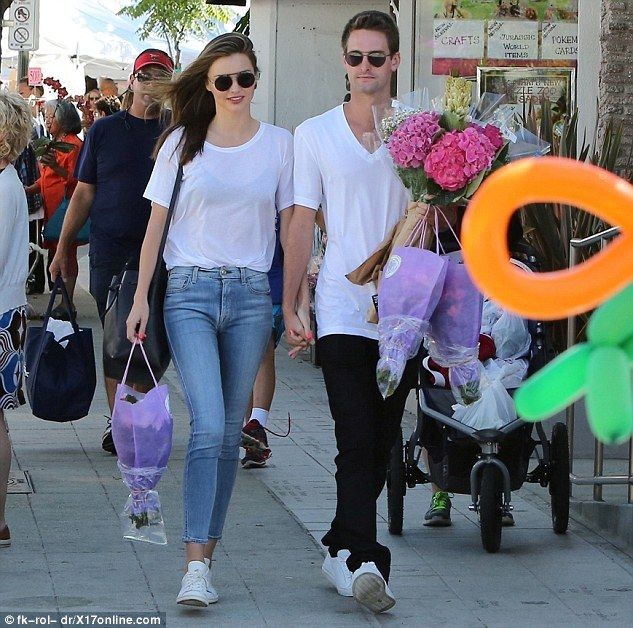 Miranda Kerr said “I Do” to a very special man earlier today.

Summer wedding season officially kicked off this Memorial Day weekend now that the supermodel has exchanged vows with Snapchat CEO Evan Spiegel in the intimate ceremony at their home in Brentwood, Calif.

While fans may remember Miranda’s highly publicized relationship with ex-husband Orlando Bloom, this time around, the Victoria’s Secret model has done a few things differently. Along the way, she has proven that you can have a second chance of love.

Back in July 2015, Miranda and Evan sparked romance rumors when they were spotted walking hand-in-hand at a Los Angeles farmers market.

And while many famous couples showcase their love at star-studded premieres or events early on in the relationship, these two didn’t make their red carpet debut as a couple until February 2016.

“He’s 25, but he acts like he’s 50. He’s not out partying. He goes to work in Venice [Beach]. He comes home. We don’t go out,” Miranda shared with Net-a-Porter’s weekly digital magazine The EDIT when describing her low-key life with the mogul. “We’d rather be at home and have dinner, go to bed early.”

One month later, the couple became Instagram official after enjoying a trip to Washington D.C. With one kiss emoji, Miranda further confirmed this man was someone special.

Last July, followers discovered that these two weren’t just boyfriend and girlfriend. Instead, they were engaged and planning a wedding.

“They’ve fallen hard for each other and are really in love,” a source shared with E! News. “Miranda loves how down to earth and brilliantly smart Evan is. They have incredible conversations and can talk about anything. He comes from a wonderful close-knit and loving family and that was a real draw to her.” 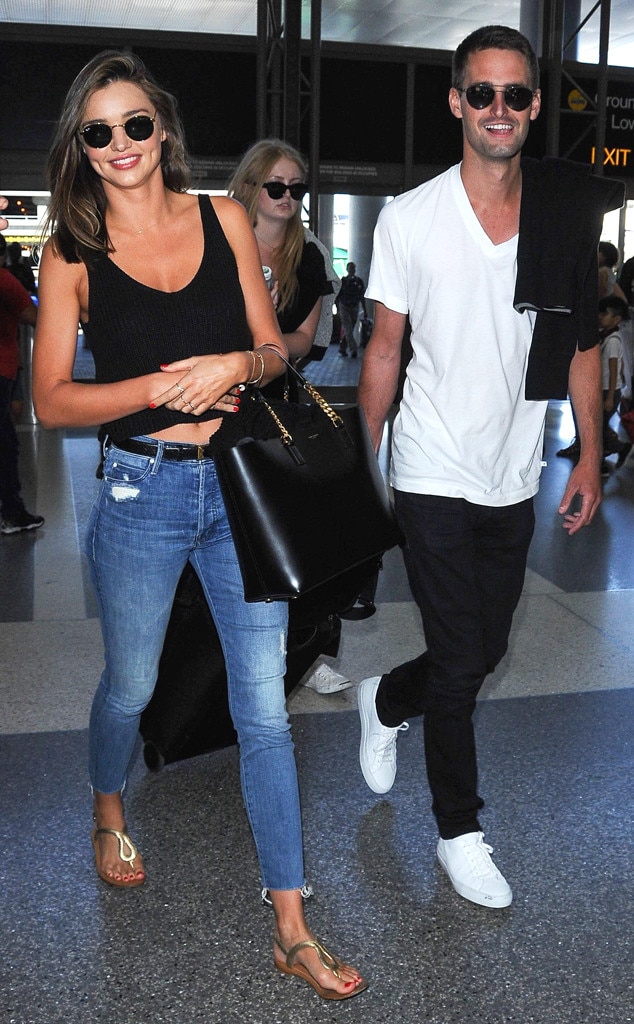 Before the wedding, the couple celebrated with family and friends at an engagement party at the Hotel Bel-Air. And while Evan has certainly spoiled his leading lady with a few special gifts, money doesn’t play a role in this romance.

“He’s just so nice, very normal,” one insider said. “You would never know about his money. He is really down to earth.”

Perhaps the cherry on top to this romance is the fact that Orlando is more than supportive of the relationship. In fact, the actor thinks Evan gets along great with the son he shares with Miranda.

“Evan is really great with Flynn and they bonded instantly,” a source previously shared with E! News.  “Evan gets down on the floor and plays with Flynn and is very fun and creative. That’s so important to Miranda and a quality that really stands out about Evan.”

Another insider added, “Orlando knows that Evan treats Flynn well so that’s all that matters to him.”

While Miranda shared in a recent interview with The Times that she’s practicing celibacy with Evan, they are open to expanding their family in the future. Until then, it’s all about enjoying a special bond that can’t easily be duplicated.

Congratulations to the happy couple.