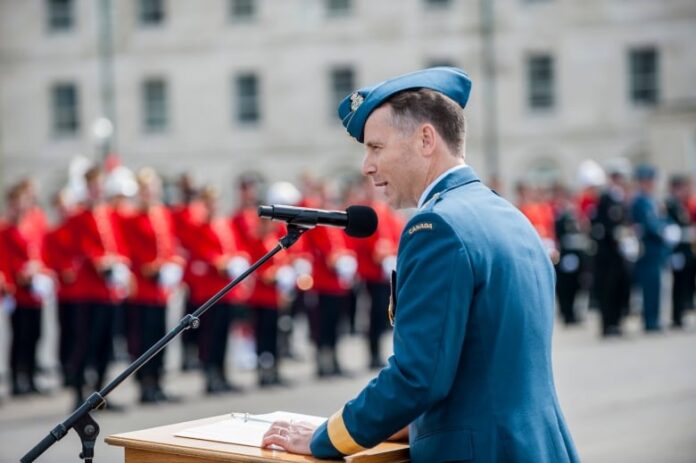 Canada’s navy and air force are now both promising to issue special orders that will give individual commanders of ships and installations across the country explicit direction on how to deal with sailors and aircrew suspected of hateful conduct and extremism.

The decision comes after Lt.-Gen. Wayne Eyre, commander of the Canadian Army, last week unveiled his own set of instructions that made soldiers responsible for reporting incidents of racism and other abhorrent acts in the ranks.

Commander of the navy Vice-Admiral Art McDonald and Lt-Gen. Al Meinzinger, the commander of the air force, both served notice internally and in social media posts Thursday that fresh sets of orders are being drafted and that members should pay attention.

“The RCAF is in the process of creating an Air Force Order (AFO) on hateful conduct which will provide additional direction and further clarify expectations for all personnel,” said Meinzinger’s note.

In a written statement to members, McDonald pointed sailors to military-wide orders that relate to racism.

“Your reading list will also soon grow,” said McDonald, who indicated the navy is working with other branches and directorates across the military to refine the current ‘hateful conduct’ policy and tackle the issue uniformly.

“As part of this effort, the RCN – like the other services – will shortly release a NAVORD providing RCN-specific direction on hateful conduct prevention and response, in conjunction with an update to the RCN code of conduct,” McDonald said in the statement.

Addressing naval staff in Ottawa earlier this month, McDonald told them that no one should feel unsafe or uncomfortable in the workplace.

“We’ve also made a priority to keep striving to keep pace with the Canada we represent,” he said in the videotaped message posted on Facebook.

Both the navy and the air force have been under public pressure to meet the bar set by the army in Lt.-Gen. Eyre’s recent order to all unit commanders, which stated that “we will hold our members accountable for their actions.”

The advocacy group Friends of the Simon Wiesenthal Centre endorsed the army’s leadership earlier this week.

“We very enthusiastically welcome this directive as a major step towards combating hate and extremism within the Canadian Army, and we look forward to seeing other branches of the Armed Forces taking similar action,” said Michael Levitt, president and chief executive officer of the centre.

“This new directive sends a strong message that members involved in extremist, white supremacist and neo-Nazi groups have no place in the Army and that their activities will no longer go unnoticed or unaddressed.”

He added the group will continue to monitor the situation to ensure that words are turned into action.

CBC News requested interviews with both McDonald and Meinzinger but was turned down.

The army’s order came after a CBC News investigation into the 4th Canadian Ranger Group, which uncovered how a reservist was allowed to continue to serve after being identified as a member of two far-right groups.

The navy, separately but similarly, has been under pressure for re-admitting Leading Seaman Boris Mihajlovic, who was one of the former administrators of Iron March, a notorious neo-Nazi hate forum.

His association was uncovered in a separate CBC News investigation and he was suspended. But the navy allowed him to rejoin last summer, saying that he’s no longer a threat.

Coronavirus: What’s happening in Canada and around the world on Thursday