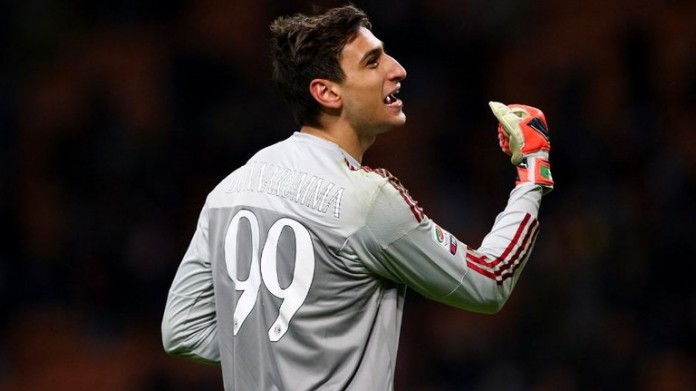 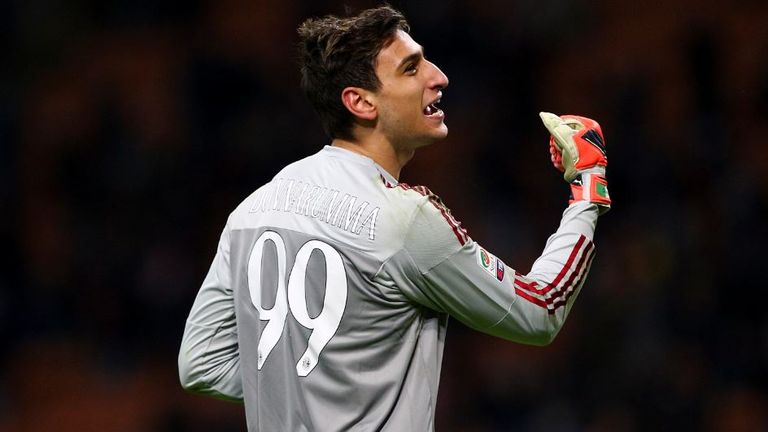 Gianluigi Donnarumma has more in common with Italy’s most-capped player than sharing a first name.

AC Milan’s boy wonder, their hottest property, is seemingly following in Gianluigi Buffon’s footsteps, but over two decades on and in a completely different footballing climate.

Donnarumma turns 18 next month, but has already made over 50 appearances for Milan. Not cameo cup appearances or stepping in for injury: he has started every Serie A game since making his debut in October 2015.

He’s earned 18 clean sheets and conceded 56 goals, around the going rate for a leading goalkeeper in Europe’s top leagues. His 54th appearance should come on Wednesday, live on Sky Sports 2, as Milan go to Juventus in the Coppa Italia last eight.

Listen to this article…

On the move? This feature is available as part of our new Audio Editions series. Click or tap here.

He earned his first Italy cap at 17 years and six months, the youngest Azzurri player since 1911, two years and three months younger than Buffon, coming on for the legendary goalkeeper in a friendly against France. He was just 16 years and 242 days old when he made his Serie A debut, the second-youngest in the league’s history.

With all of this at the age of an A Level student, besides the fact his agent is none other than Mino Raiola, it’s no wonder Donnarumma’s name is being mentioned around the transfer market. 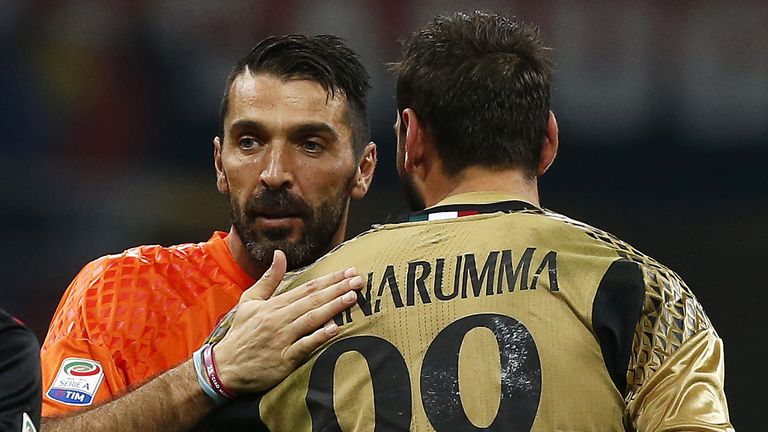 Could Donnarumma be Italy’s next No 1 when Gianluigi Buffon retires?

But what makes him so special? Sky in Italy’s Augusto De Bartolo has been watching Donnarumma for some time, and insists his quality goes beyond shot-stopping ability.

De Bartolo says: “The feature that impresses you the most is his serenity, his calm, as if he always knew his career would develop this way and that he would be playing for one of the biggest teams in the world at 17. He is considered in that sense in Italy. His technical growth is also impressive. He is a complete keeper; efficient on the goal, accurate in coming out and skillful on the ball from the back, a trait well-trained at the Milan academy.

“The achievements and success Donnarumma has experienced was all planned by Milan. When the club decided to give an opportunity to the keeper in its own youth team, the youth manager, Filippo Galli, was sure that Donnarumma would become a professional player. 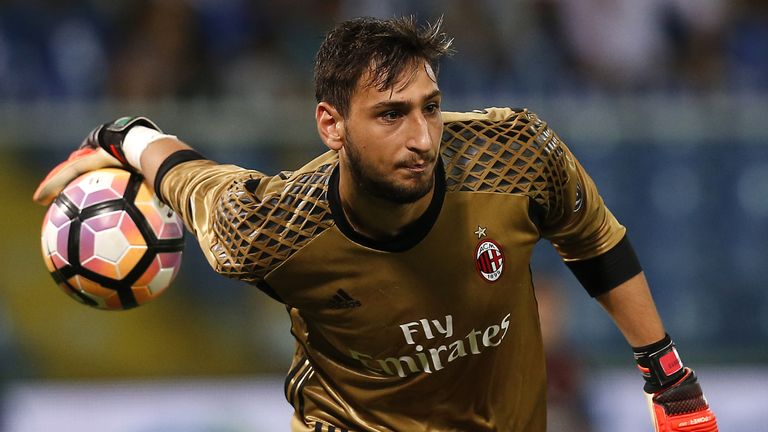 “All of coaches in the academy knew that there was a plan around the growth of Donnarumma, but in truth, his first Serie A cap came even sooner than the club thought. He is a boy with his feet on the ground, focused on his career. He is impressive because he acts like a seasoned player.”

That view is echoed by others outside of Milan. Joe Hart, on loan at Torino from Manchester City, was full of praise earlier this month, again noting that Donnarumma’s unflappable persona is more synonymous with goalkeepers decades older.

“Donnarumma is incredible, full stop,” Hart told Gazzetta dello Sport. “You can tell he’s at the top because he trains at the top. Age can only make him better, but he acts as if he’s already got a long career behind him.”

Hart himself was ousted by Pep Guardiola at City in favour of Claudio Bravo, with the Chilean considered more competent with the ball at his feet. How much does that particular trait matter? A great deal, according to Donnarumma himself. Joe Hart was full of praise for his “incredible” counterpart

“I have done better than last year with the ball at my feet, working hard on that in training. When the opponent runs at me, I can sometimes dribble away. Being good with your feet is important in modern football. I try to imitate Manuel Neuer, who practically acts as the fifth defender when starting moves.”

Donnarumma started out as a goalkeeper at Club Napoli, and would have taken on different colours at the San Siro with Inter but for Gianluigi’s brother Antonio, who was already AC’s academy at the time.

“Donnarumma is incredible, full stop. Age can only make him better, but he acts as if he’s already got a long career behind him.”

At present, he is their golden boy, their own product and their No 1. But, as previously noted, in the current footballing landscape you don’t have to play well for long before talk drifts from performances to a potential transfer.

According to The Sun, Raiola wants Milan to hand Donnarumma a £165,000-a-week contract, suggesting a move away from the San Siro could be looming if the Italian giants cannot cough up.

He has been linked in the British press with Manchester United and Chelsea, but nothing firm has been reported as yet.

According to De Bartolo, Milan only see it one way. World class goalkeepers are hard to come by, and they see Donnarumma as the leading figure of a much-needed rebirth. 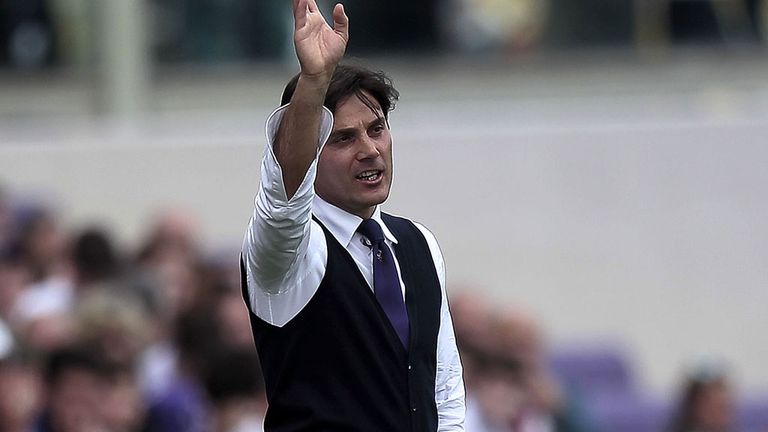 “There is only thought about Donnarumma at Milan that he will be their goalkeeper for the next 20 years. This is the dream, a dream that Milan could make true with new owners Sino Europe, whose purchase of the club should be confirmed in February.

“Obviously the priority is to hold on with Donnarumma, and I’m sure it will be, but the biggest clubs in Europe are trying to work out a way of buying the player. I believe the thoughts of the player are to remain at Milan for more years, helping the club to take its prestige back.”

That prestige has been damaged since winning Serie A in 2011. The Rossoneri have slowly stumbled down the division under six different managers, finishing 10th in 2015 and seventh last season.

They are currently seventh under Vincenzo Montella, but are visibly improving. The initial demise accelerated Donnarumma’s Milan career, along with several other younger players. 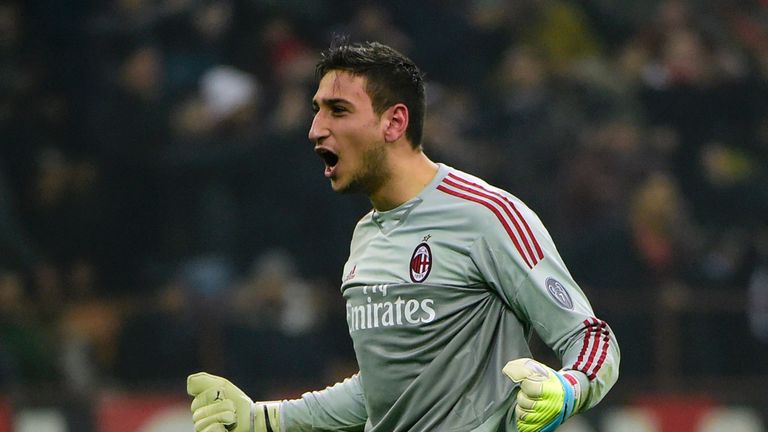 “I was fortunate enough to make my debut in a side where there was space for young players,” said Milan legend Paolo Maldini. “I hope Gianluigi Donnarumma can have a career like mine and I think he hopes so too.”

Milan, and Italy particular, need a new idol. The weight on Donnarumma’s shoulders is already heavy, and will continue to grow parallel with his reputation. But for the 17-year-old, the pressure just does not show.

Watch Donnarrumma’s AC Milan take on Juventus in the Coppa Italia quarter-final, live on Sky Sports 2 from 7.40pm on Wednesday